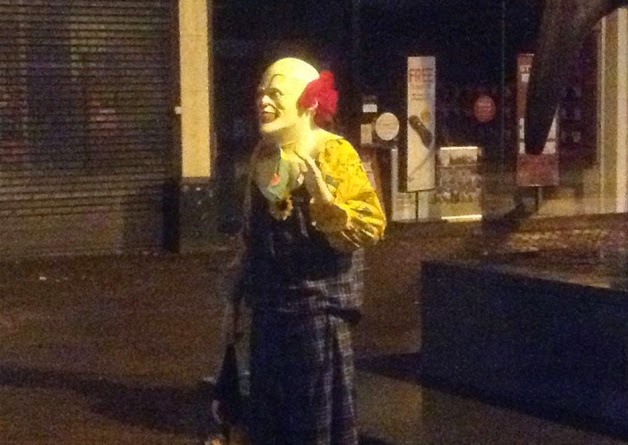 Apologies for posting an update article to an initial one I wrote so soon before, in this case just a few days ago, but I'd like to add some important new information. In this case it is not something I've just come across but something I originally forgot to include; see here for the original article Clowns roaming the Streets: http://hpanwo-voice.blogspot.co.uk/2014/03/clowns-roaming-streets.html. The additional element comes from a recent HPANWO Show broadcast I made in which I interviewed Trystan Swale, see: http://hpanwo-radio.blogspot.co.uk/2014/03/programme-79-podcast-trystan-swale.html. In the interview he describes one of the early investigations by Charles Fort, an American pioneer and godfather of paranormal investigation. He came across people he christened "Jacks", those who caused random trouble, such as playing jokes which involved walking up behind somebody, pushing them and running away. Very rarely were these Jacks ever caught by the police. Fort postulated that phenomena like these were part of what he called "the Damned"; a segment of the strange and unusual milieu that made up his worldview. Could these enigmatic clowns that keep popping up all over the place in modern be one of these Fortean Jacks? Personally I find it unlikely, although I refuse to rule it out. However, as I said in the original article, maybe there's a collective unconscious resonance that has caused these clowns to be inspired to appear, with or without the intervention of playful students.
Posted by Ben Emlyn-Jones at 19:43