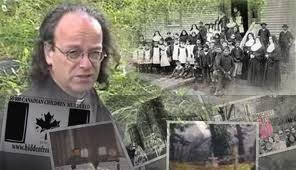 On the verge of his addressing a major public rally in London against child trafficking by church and state, Rev. Kevin Annett was arrested and detained in an immigration prison at Stansted airport last night for over 12 hours, and then deported from England without due cause.

Border officials detained Kevin at 8 pm Sunday night upon his return from speaking in the Netherlands , and deported him the next morning, after fingerprinting, photographing and jailing him in a crowded immigration prison cell.

“The only reason they gave for denying me re-entry into England was that my giving public lectures was not an appropriate activity for visitors to that country, if you can believe that” Kevin Annett said today in a press statement.

“But I’ve repeatedly mentioned my lecturing work to customs people whenever I enter England , and it’s never been an issue before now. And the cop who detained me admitted that the decision to deny me entry came after he consulted his supervisor and the computer files about me.”

Kevin was detained by British customs police and members of the private security firm Reliance, which operates the airport detention facilities and growing numbers of prisons in England .

While detained, Kevin was denied the right to communicate with others, and the arresting officers refused to give him their names or badge numbers. This morning, Kevin was sent back to his departure point in Eindhoven , Netherlands .

“This was obviously aimed at our ITCCS tribunal, to prevent its convening this September in London . But nothing will halt our campaign for the murdered and tortured children. This only shows how scared these villains are of exposure.”

A complete description of the incident, and Kevin’s public statement, will follow shortly.

Issued by the Executive, The International Tribunal into Crimes of Church and State (ITCCS)
Posted by Ben Emlyn-Jones at 13:24 2 comments: 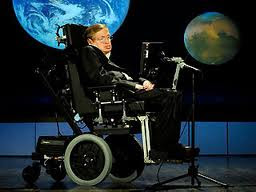 Here’s an interview with Stephen Hawking: http://www.youtube.com/watch?v=YJ60bBMesFo
And here’s a written article where he comments: http://news.yahoo.com/s/yblog_thelookout/20110516/us_yblog_thelookout/stephen-hawking-says-afterlife-is-a-fairy-story

What can I possible say? There are no words! Except…

Eventually, like everybody else, Stephen Hawking will pass away. When he does he may have the opportunity to apply for the Deathbed MBA! See here for details: http://hpanwo.blogspot.com/2011/02/deathbed-mbas.html
Posted by Ben Emlyn-Jones at 15:52 1 comment: 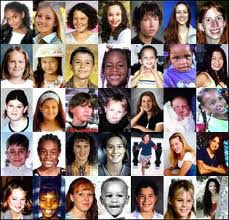 I was astonished to see this story in today's Daily Star Sunday:
http://www.dailystar.co.uk/news/view/192119/SCANDAL-OF-150-MADDIES/

This is what alternative researchers and campaigners have been saying for decades! Where do all these poor kids go and what happens to them? When will the truth come out? I don't know, but believe me, when it does people will be weeping in the streets!

A Day in Court 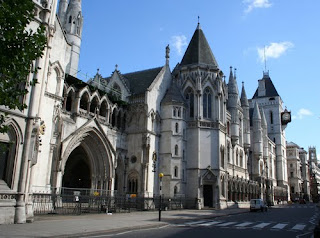 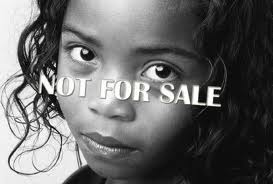 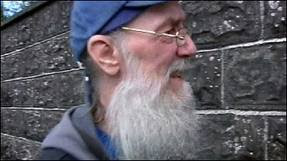 The problem with activism is that there is so much that we need to be active about that it’s hard to know where to start. Ustane and I were faced with a dilemma as we got on the coach to London yesterday morning. There were two major court cases with a Truth theme going on that day. It was due virtually to a toss-up that we ended up at the Royal Courts of Justice to support Victoria Haigh in her fight to prevent her child being kept in Local Authorirty care. Not only that, but a care order has already been taken out on her unborn child, so that baby will be born into bondage. See here for details: http://victims-unite.net/2011/05/09/john-hemming-mp-outed-doncaster-council-over-injunction-today-the-gag-removed-from-vicky-was-renewed-for-liz/ . I feel deeply for Vicky and what she’s been through; how close I came to losing my own child in the same way! We sat in the public gallery with our friends Belinda and Yvonne as the judge pompously warned Vicky’s in-absentia advocate Liz that she must on no account mention anything about her case to the media. It was a futile effort because it was an open court and we all heard what Liz said; and as you can see, we’re talking about it!

After that we left the brutal and macabre environment of the Royal Courts and headed over the river to Southwark Crown Court to back up John Anthony Hill, aka “Muad’Dib”, in his own case. This case was being heard simultaneously to Vicky Haigh’s so Ustane and I thought we’d be too late to participate in the this second case, hence our dilemma; but Hill’s court was double-booked like a hotel room in Benidorm, so the trial was delayed and when we arrived it had not yet begun. Ustane and I joined Muad’Dib and his other supporters in the cafeteria where we chatted together while we waited for a courtroom to become available. Muad’Dib’s nickname comes from a central character in the Dune sci-fi novels by Frank Herbert, which have been made into several films. The character is a young man originally named Paul Atreides who discovers he is part of a prophesy to save the inhabitants of a subjugated planet from an evil empire and help them win their freedom. Hill is an elderly man who looked very eccentric and unusual with a long, white Zee-Zee Top-style beard and a baseball cap with strange emblems on it; underneath this he wears a Jewish-style kippah, giving him a monastic look, which he wore in court. Although one of his friends assured me that he is not religious, his written material takes a very religious format, based on my own quick perusal of it, and makes me see Hill as a mystic with unusual ideas. Still, I’m hardly a straight-and-narrow Conformist myself! Perish the thought! Here’s an interview with him on the Richplanet Starship: http://www.richplanet.net/starship_main.php?ref=32∂=1

Southwark Crown Court has a slightly more human ambiance than the Royal Courts, which isn’t saying much. There were over a hundred supporters there. Luckily I got into the courtroom early and so easily found a seat in the public gallery. So many people were there that some of the crowd overflowed into the jury box. The judge immediately ordered the box cleared, which was ludicrous because there was to be no jury at this point in the trial. He was obviously intimidated by Hill’s level of support. We joked that he was in his chambers weeping down the phone to his mother! The reason Hill is in court is because he is accused of attempting to Pervert the Course of Justice. This is because he is a film producers and he sent DVD copies of his documentary The 7/7 Ripple Effect to all the officials in the recent London Bombings Inquiry. This is despite the fact that the film is freely available in the public domain, in fact here it is: http://video.google.com/videoplay?docid=8756795263359807776# . As you can probably see, this film totally demolishes the official story of the London Bombings as sure as a directed-energy weapon or a ton of thermite. I personally would like to commend Hill for attempting to prevent a Perversion on the Course of Justice, but the law-of-the-land doesn’t see it that way. The sight of this honest and dignified old man standing in front of this hard-faced and robotic judge and speaking his truth was frankly heartbreaking. There was no self-pity in Hill’s demeanour, no victimhood. He is facing several years in jail is convicted, but he showed no fear and was completely cheerful and relaxed as he talked with us in the cafeteria. The first part of the case was an application by Hill that he could not be tried in a Crown Court because Queen Elizabeth II is not the rightful monarch of this country. This is because her coronation was wrongful; and he showed an 18-minute segment of the film of the coronation to enforce his point, see: http://www.youtube.com/watch?v=LxuYJ1Udm5E . The judge watched along with us in professional solemnity (although the soundtrack was too low to hear the words, perhaps deliberately.) as if he were seriously considering Hill’s appeal. At about half past four he adjourned for the day with the statement that he would make a decision in the morning.

I’m not going to be able to attend the rest of the trial, but the news can be followed on this site: http://mtrial.org/ I bade John Anthony Hill- Muad’Dib a warm farewell and I’ll be wishing him all the best. Both the defendants we supported today are in potentially ground-breaking cases and the implications of victory or defeat go far beyond their own personal circumstances; nevertheless I see their personal circumstances as reason enough to be right behind them. Good luck to them both and I’ll keep you updated as to their progress.

(Addendum 12/5/11:) I've just heard the news. The trial is over and John Anthony Hill aka Muad’Dib has been found Not Guilty. Fantastic! If this was a plan to silence opposition and make an example of him then it’s failed abysmally. What’s more it’s going to generate a lot of publicity for the 7/7 Truth movement. According to a witness in the public gallery the judge was pushing the jury to return a Guilty verdict; luckily they defied him. I hope now Muad’Dib can go home to Ireland and live peacefully writing his unusually articles.
Posted by Ben Emlyn-Jones at 22:07 1 comment: 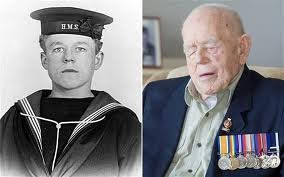 Claude Stanley Choules, the last ever World War I combat vereran, has died; see: http://www.guardian.co.uk/world/2011/may/05/claude-choules-last-world-war-one-veteran-dies This truly represents the end of an era. The last man on Earth who recalls personally the greatest human slaughter in all of history has moved off this plain.

Human conflict is inevitable. It's a natural dialectic of the universe. But "War" as we know it is something very different. It is artificial, manipulated, a fraud. I hope the passing of Choules means that it will end soon.
Posted by Ben Emlyn-Jones at 14:36 2 comments: 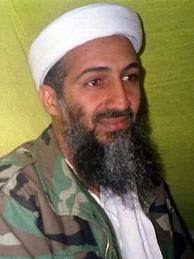 The US Government has announced the death of Osama Bin Laden, almost 9 years after he actually died. See: http://www.bbc.co.uk/news/world-us-canada-13256676 Rather than tell the truth, that he was either murdered or died of kidney failure, President Obama has told us a tale of heroic derring do by the US Armed Forces.

The truth behind the real fate of Osama Bin Laden is surprisingly mainstream in the Middle East and Indian subcontinent. Here’s Benazir Bhutto talking about it in an interview: http://www.youtube.com/watch?v=UnychOXj9Tg This was just a short time before her own murder; is there a connection? What interests, and disturbs me, is that the interviewer doesn’t even break his stride, as if he doesn’t hear her, or that he knew the statement was coming and was told to ignore it. This is amazing when you consider that he’s David Frost, one of the most famous journalists in the world (As well as presenter of Through the Keyhole). Here he is grilling former US President Richard Nixon in 1977: http://www.youtube.com/watch?v=U13ngyDqeXs .

So why has it taken them almost a decade to tell us Bin Laden is dead? It’s because the myth of the man has been important for propaganda; he’s like Goldstein in Orwell’s 1984, see: http://hpanwo-voice.blogspot.com/2011/03/1984-at-number-39.html Now, for whatever reason which I hope we’ll soon find out, the Myth of the Man works better with him dead than alive, like “Gold Old Shoe” in Wag the Dog, see: http://www.youtube.com/watch?v=47a7PKhpFJ0

(Addendum- 14.09 BST:) It's been on the news that Osama Bin Laden's body has already been... buried at sea!? This cover story is pathetic! They really do think we're stupid! I do hope the TV-viewing public doesn't buy it this time.

Addendum 14.53 BST:) This is in the comments box of a BBC News story: "I have just contacted someone who lives in same area where the house is. She said they heard a bang of helicopter fall and thought it was earthquake. She has confirmed the house has been empty. It is at a distance from the residential area the house can be viewed all the time and no movement has been seen and suddenly its become Osama's residence, where are his remains in sea according to AMERICA!" (sic) Link: http://www.bbc.co.uk/news/world-us-canada-13256676
Posted by Ben Emlyn-Jones at 11:32 3 comments: