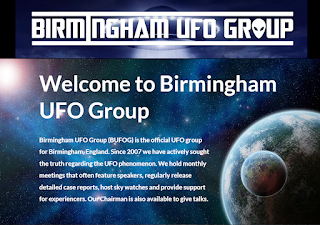 I will be speaking at the Birmingham UFO Group on Thursday the 6th of October. The event begins at and will be held at the Hot Shots Snooker Club, , Oldbury, B68-8HH. It costs £5.00 to get in. My talk will be entitled: SETI and UFO's. The James Webb space telescope has revealed new and incredible information about the universe, but will it find aliens? "SETI", the "Search for ExtraTerrestrial Intelligence", is a scientific project to find intelligent life beyond the earth. So is UFOlogy. Then why are the two so divided from each other? See here for more details: https://www.bufog.com/event-info/ben-emlyn-jones-seti-and-ufos.
See here for a HPANWO TV recording of my previous appearance at BUFOG: https://hpanwo-tv.blogspot.com/2017/08/ben-emlyn-jones-live-at-bufog.html.
Posted by Ben Emlyn-Jones at 17:57 No comments: 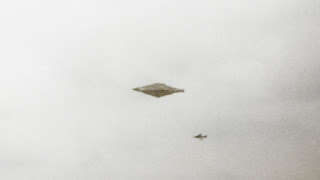 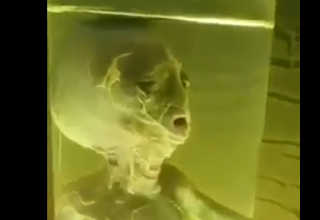 St Helena at the Commonwealth Games 2022 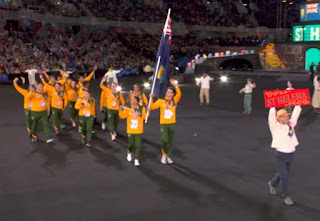 Team St Helena sent eleven athletes to to compete in the 2022 Commonwealth Games, two more than went to the Gold Coast in 2018, see: https://hpanwo-voice.blogspot.com/2018/04/st-helena-at-commonwealth-games.html. They flew to from the airport and then caught a connecting flight to . They then spent eighteen days in the Games' training camp in preparing for the tournament. Because of our heatwaves this summer, acclimatization probably wasn't an issue for a change. has actually been taking part in the Commonwealth Games since 1982. Before the airport, the athletes travelled the same way everybody used to, by sea on the RMS. On board there was little opportunity for them to work on their fitness. The Saints speciality is swimming and there was a swimming pool on board, but it was tiny; "one stroke and you were across it" as they said. There was also a gym, but it was only big enough for about three at a time. Sporting facilities on the island are very basic, but this hasn't stopped the team's determination to perform as well as they can. Source: https://www.insidethegames.biz/articles/1119468/saint-helena-chef-de-mission. You'll recognize some of the names from 2018. There were female athletes this time too, Poppy Davis-Coyle and Vivienne Ponsford. Unfortunately none of advanced from the heats, but the swimmers did get twelfth place in the men's 4 x 100 metre freestyle relay. So no medals yet, but the team are clearly maintaining their standards. The airport does help, it can't be denied. I wish them all the best for Victoria 2026.
See here for background: http://hpanwo.blogspot.com/2020/02/st-helena-airport-portal.html.
Posted by Ben Emlyn-Jones at 19:52 No comments:

(You Know What) Portal Banned! 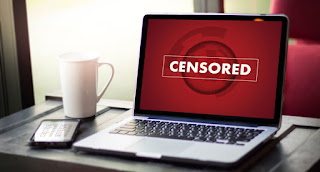 Internet censorship has been the scourge of social media for over half a decade now. The biggest offenders are definitely Twitter and YouTube, with Facebook coming in a close third. What I have never experienced is Blogger doing the same... until now. I had come to believe that Blogger was different, much more easygoing about radical opinions, acting only against material that is specifically illegal. Not any more. Last week I posted the latest in my series of portals, lists of HPANWO posts on a particular subject. The portals make it easier for readers to find the articles they are looking for if they have a particular interest set. They also make it easier for me to source background links on other articles; just adding one instead of a series. My latest portal was about a subject to do with a theorized secret insider in the administration who is giving the public anonymous information about an attempt to remove the corrupt globalists from the country. The day after I published the portal I was shocked to find that it had disappeared from the main HPANWO site. When I checked my account I saw that it had been listed with the notice in red letters: "This post was unpublished because it violates Blogger's community guidelines. To republish, please update the content and adhere to the guidelines." This is a slightly better policy than the other platforms. They don't just mindlessly delete the post and leave behind a shadow of if-you-want-to-appeal-this-decision" buttons. Blogger merely reverts it to draft, allowing you to make changes and then submit it for review. However, just like the Zucks, Jacks and Susies, it doesn't tell you what you have done wrong and so you have to go by guesswork. In this case it was obvious, so I removed all reference to the offending handle. Conversely to the urgency with which they banned the portal, the review process takes about a week. The service seems to feel no need to prioritize the welfare of their content creators. My edit was turned down and the portal remains in the naughty corner.
However, about five days before that, I had posted an identical replacement with every example of the forbidden expletive written in code. I even warped the hyperlinks. I used the placeholder name "P*R". To crack the code, simply recite the English alphabet to yourself. The good thing about AI is that it is not very I. It is easy to outwit the algorithms with a little bit of lateral thought. Here's the new portal: https://hpanwo.blogspot.com/2022/08/pr-portal.html. It has all the necessary content the original post had. Despite feeling very pleased with myself I'm also disturbed and frustrated that Blogger has decided to join in with the banning fiesta, deleting material I'm posting, like the others have, see background links below. I'm a loyal and regular user of their platform and have been for eighteen years. I've never broken the law with anything I've posted. If this policy stays then I will probably lose other posts in the future. I am very active on alt-tech free speech platforms. There are well-developed alternatives to all the mainstream ones. You can't put all your eggs in the mainstream social media basket these days; that is unless you plan to post nothing but cat pictures and makeup tutorials. I'm sure there are alternatives to Blogger too. I'll set up an account on them, and have at least a provisional presence on them for now. Can readers recommend any? If things get any worse then those might be the only places I can maintain my online presence.
See here for background: https://hpanwo-tv.blogspot.com/2021/06/boris-and-trump-return-banned.html.
And: https://hpanwo-voice.blogspot.com/2016/12/is-hpanwo-fake-news.html.
And: https://hpanwo-voice.blogspot.com/2020/05/ive-been-zucked.html.
Posted by Ben Emlyn-Jones at 19:24 2 comments: 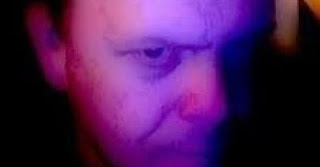 I have been featured on the Nocturnal Frequency Radio show: https://www.youtube.com/watch?v=QrbBcdFgz5s.
Subjects discussed include: the first anniversary of Gareth Davies dying, mediumship with the afterlife, making alternative friends and much much more.
See here for my previous appearance on Nocturnal Frequency Radio: https://hpanwo-voice.blogspot.com/2022/06/ben-emlyn-jones-on-nocturnal-frequency.html.
Posted by Ben Emlyn-Jones at 21:33 No comments: 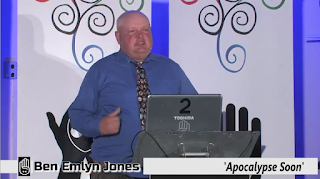 The recording of my recent talk at the Bases 2022 International Conference and Workshops is now available, see: https://www.brighteon.com/ad2fa44d-9878-44bc-b72c-8165c15daff3.
My lecture is entitled: Apocalype Soon- It's the end of the world, but NOT as we know it. See here for my own coverage: http://hpanwo-tv.blogspot.com/2022/07/bases-2022-international-conference-and.html.
See here for more background: https://hpanwo-voice.blogspot.com/2019/11/ben-emlyn-jones-at-bases-2019-video.html.
And: https://hpanwo-voice.blogspot.com/2022/06/bases-conference-promo-2.html.
Posted by Ben Emlyn-Jones at 10:40 No comments: