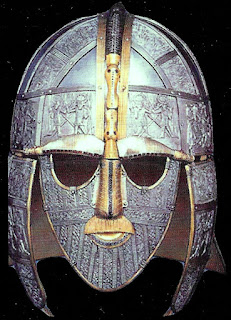 English is a very unusual language for many reasons, and one of those is its inflated vocabulary. There are over three quarters of a million words in the Oxford English Dictionary, by far the largest lexicon of any language on earth. A lot of those words are synonyms, terms that mean basically the same thing but with subtle differences. For example smell, as a noun, has many such synonyms; however scent, perfume, fragrance etc can only be used in relation to pleasant smells. Odour, whiff, stench, stink etc are always unpleasant; and there's even a synonym that can only be used to describe the smell of food, aroma. Languages influence each other when the speakers interact and no tongue has ever been more promiscuous than English. A large amount of our vocabulary comes from French as a result of the Norman Conquest of 1066. English before then was very different, to the point where Old English texts like Beowulf are completely incomprehensible to the modern Anglophone. In those days English was far more similar to continental Germanic languages. English is classified as Germanic in terms of its grammar (although there's intriguing evidence to suggest that it began as a second language for Celtic-speakers, see: https://www.youtube.com/watch?v=RLpgVEfy4mQ). This has led to the question of what English would be like without all those foreign influences; especially , but also more recent jargon or loanwords from Latin, Greek and many others. "Anglish" is a constructed language, primarily created by an online community, which is based on English, but it has an entirely Anglo-Saxon vocabulary. This is achieved in four ways. 1. Always use a Saxon-derived existing alternative; for instance use sundry instead of various, whore instead of prostitute, and land instead of country. 2. Revive anachronistic Saxon words like moot, a word never used in modern English that means a meeting place, conference or gathering. 3. Inventing new words by adapting terms from other existing Germanic languages. Rike is based on the German Reich and it means a realm or nation state. 4. Invent compound words by amalgamating more than one Saxon word. Literature can be replaced by bookcraft; and geology can be replaced by stonelore. Once you get the hang of it, it's very easy to learn Anglish if you already speak English. You'll be able to work out new words from simply knowing the format. In fact I guessed before looking it up that rikecraft meant politics. Source: http://anglish.wikia.com/wiki/Main_leaf.

The above website includes some Anglish translations of well-known English texts and ironically one of those is George Orwell's famous essay Politics and the English Language, see: http://anglish.wikia.com/wiki/Rikecraft_and_the_English_Tung. I find Anglish very interesting and, of course, it's really just a bit of fun. It's completely harmless. However I've always had an aversion to linguistic engineering because of Orwell's influence on me, but even prior to that. I have yet to tell the full story of my rebellion against "Newspeak", and I must do so soon. French also has a language purity movement, but in this case it is far more serious and established. For some decades now there has been a backlash in against franglais, the vast and increasing number of English loanwords entering the French vocabulary. Some of these are official such as le week-end and parking, but on a colloquial level it is far more extreme. Some French-speakers will even say things like Je vais driver downtown, "I'm going to drive downtown". So the in demanded all media outlets try and put a stop to it. Most famously a popular TV sports commentator was told to stop using the term le goal and instead say le guardian for "goalkeeper". The author Miles Kingston wrote a series of humorous books in which he parodied franglais by creating an entire fictional language of his own which was a complete English-French hybrid. One of his books was called Let's Parler Franglais one more Temps! I can sympathize with the old conservative Francophone who tears his grey locks at the sound of franglais, but unfortunately languages do change naturally over time. Like the evolution of life, they form families, adapt, mutate, die out and interbreed. The idea that a centralized authority should wade in and force artificial changes to language repels me. Orwell warned that this action could be incredibly destructive and could even be used as a terrible psychological and cultural weapon. In his novel 1984 the people of the Big Brother state are forced to use "Newspeak", a degenerate language with as few words as possible to eliminate creative thought and prevent people talking, or even thinking, about resisting the state. Linguistic engineering is happening right now, mostly in the form of political correctness. New PC words and styles of speech have crept up on us in forms that we hardly notice, see: https://hpanwo-voice.blogspot.co.uk/2015/06/jason-wilson-on-cultural-marxism.html. There are even terrible stories of people being sacked from their jobs, ending up in court and even being subjected to violent assaults, for refusing to speak according to the rules of PC. Since I wrote the above article this has famously happened to a Canadian academic called Jordan Peterson, see: https://www.youtube.com/watch?v=HAlPjMiaKdw. So enjoy Anglish. I hope you find it as thought-provoking and entertaining as I do; but let's keep it as it is, just a bit of harmless fun. I would hate to live in a world where it was enforced by law or violence.
See here for more information: https://hpanwo-voice.blogspot.co.uk/2013/12/beyond-babel.html.
And: https://hpanwo-voice.blogspot.co.uk/2016/11/arrival.html.
And: https://hpanwo-voice.blogspot.co.uk/2016/12/word-of-year-post-truth.html.
And: https://hpanwo-voice.blogspot.co.uk/2014/09/was-orwell-mediocre.html.
And: http://hpanwo-voice.blogspot.co.uk/2015/09/the-lonely-anglophone.html.
Posted by Ben Emlyn-Jones at 15:30