Peter Robbins on The Fenton Files 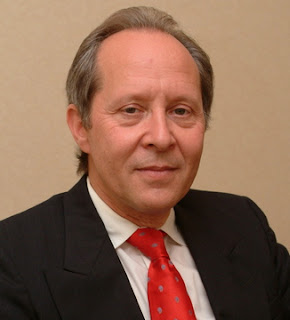 The Peter Robbins Anti-Larry Warren Grand Radio Tour continues. His latest stop-off is The Fenton Files on KCOR. The relevant section is between 53.55 and 1.16.27: http://kcorradio.com/KCOR/Podcasts/The-Fenton-Files/2018/october/peter-robbins.mp3. He repeats a lot of the same points he's made in previous interviews, for example: https://hpanwo-voice.blogspot.com/2018/09/peter-robbins-on-adx-files.html. He talks in more detail about how he first met Larry Warren and the history behind their book Left At East Gate. He then claims he found out that Larry had lied to him "with evidence that you could bring into a court of law". However, as I said in my review of his appearance on previous radio programmes, he has never called the police or taken out a private suite against his former co-author. This is strange seeing that he accuses Larry of committing serious acts of criminal fraud. He then says that there is a "loyal cadre of individuals in the " who "look the other way". This includes me of course. This is an extremely dishonest and underhand thing indeed for Peter to say. I have produced a multitude of publicly available material in written, audio and video forms explaining exactly why I think Peter is wrong. Some of it is linked below; anybody can see it and critique it at any time. He then gives another precognitive review of Capel Green, an act that has become virtually a cliché, and he advises people who see the film to "come to your own best decisions". This is strange considering that it is obvious Peter is terrified of the thought of people doing that, just like Halt and all the trolls. It's pretty clear that Peter Robbins has made a decision to pursue his conflict with Larry Warren and escalate it, even though he originally said he wanted to put it behind him.
See here for background: https://hpanwo-voice.blogspot.com/2018/09/capel-green-update.html.
And: http://hpanwo-radio.blogspot.co.uk/2017/05/programme-236-podcast-larry-warren.html.
And: http://hpanwo-tv.blogspot.co.uk/2017/05/larry-warren-in-rendlesham-forest-2017.html.
And: https://hpanwo-voice.blogspot.com/2017/10/the-larry-warren-controversy-part-25.html.
And: http://hpanwo-voice.blogspot.co.uk/2018/02/ian-ridpath-at-fortean-london.html.
Posted by Ben Emlyn-Jones at 18:20