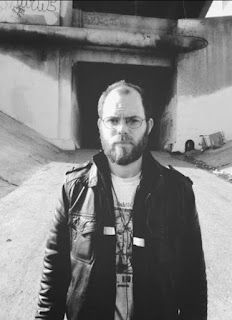 I'm sad to report that the film-maker and UFOlogist Oliver Marshall has died. Ollie directed the groundbreaking and sophisticated feature-length thriller and drama Street Eyes that was nominated for a Bases Project Film Festival Award® in 2015, see: http://hpanwo.blogspot.com/2015/08/bases-2015.html. He was also a guest on the HPANWO Show, see: https://hpanwo-radio.blogspot.com/2017/12/programme-261-podcast-oliver-marshall.html. He attended one of the live lectures by David Icke at the . I was there too, but never saw him. You can see Olly in this documentary enthusiastically greeting David backstage: https://youtu.be/nOMJ8WZMd-8?t=2149. I talked to him a lot privately as well and we planned to meet up soon, but sadly we never did. Rest in peace, Olly. I also pass on my condolences to his family. He had a wife and two children, aged just two years old and one month. There will hopefully be a memorial screening of Street Eyes soon.
Posted by Ben Emlyn-Jones at 18:53