Would it be Better if Brexit is Stopped? 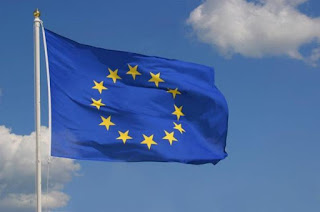 Bear with me!... I know some people are just going to read the title and post abusive comments straight away like: "Ben has sold out!... Ben is a traitor!" etc. For those of you who are willing to read on before passing judgement, I'll explain what I mean. The European Union is on its last legs. There is a word with the suffix "-exit" for almost every country... sorry, member state... in the evil continental empire. In , , and most of , the people are rising up in revolt, voting for politicians who seek national independence. Pretty soon there will hopefully be nothing left to Leave. At the same time the Brexit process is being sabotaged. Theresa May is sitting there complaining how difficult it is to get a deal while deliberately throwing spanners into the works. The Chequers model is a sham, Brexit-in-name-only. If things carry on along that line we will most likely end up with some kind of half-Brexit, Brexit Lite or I Can't Believe it's Not Brexit. That would be worse than no Brexit at all because it would leave the poison in the wound. The Remoaners are desperate for a second referendum on a final deal and at the Labour Party conference Kier Starmer, Shadow Secretary of State for Exiting the European Union, did not rule out that one of the options would be a reversal of Article 50, in other words, Brexit being cancelled. The good news is that a reversal is something Remoaners are absolutely gagging for, but in order to implement it I can't see how they can do so without being up front about their motives. There is no line that any spin doctor could come up with to conceal them. What's more, some of them are panicking so much that they won't care. They are going to have to say: "We are stopping Brexit and keeping in the EU. We are doing it because we are left-wing and we are in power. We don't care if it's not fair. We don't care if it is not true. We don't care about the 2016 referendum because the bulk of Leave voters are white working class male heterosexuals. We hate that demographic group and wish to disenfranchise them." Honesty like that would destroy them. It would be a black pill that even the most apolitical mainstream normie could not avoid swallowing. The other nations would look upon it and see the true colours of oppressor in . Already the blue flagged tyrant is losing its grip on the European mainland; a betrayal of Brexit would be a kick while they are down... I hope. This article is just a thought experiment. The reality may play out very differently in the future and hopefully it will.
See here for background: https://hpanwo-voice.blogspot.com/2018/07/army-on-standby-for-brexit.html.
And: http://hpanwo-tv.blogspot.com/2017/03/richard-dawkins-patronizing-git.html.
And: https://hpanwo-voice.blogspot.com/2018/07/new-brexit-crisis.html.
And: http://hpanwo-tv.blogspot.com/2016/06/vote-leave-2-count.html.
Posted by Ben Emlyn-Jones at 18:36

I'm still rather amused awakened people still think democracy is worth anything. If voting made any difference they wouldn't let us do it. The elite always wins.

Anyone who still believes the elites didn't engineer the Brexit vote needs to read Neil sanders excellent research showing how the result was engineered. The same people engineered Trumps election. The same people are engineering far right candidates into place all over the EU.

Where is this all heading? Who knows, but it doesn't look good.

Hi PP.
I've followed Neil's work on this and I don't think it's as simple as he makes out. Before 2016 I would have agreed with you, but since then everything's changed. See the background links for more details.

Any chance of getting Neil to do another interview Ben? It would be real interesting to listen to you two thrashing this out! PP.

PP, once I've done my homework and got all the facts to hand, yes sure. I think that, like so much else, will have to wait till after my book is finished. In the meantime take a look at my article "Right Wing Conspiracy" where I go into more details.