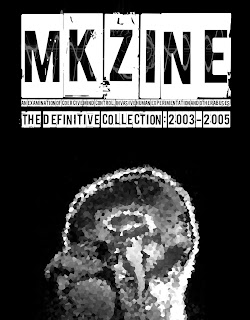 I recently posted an article about a journalist who was sent documents on electromagnetic weapons from a government agency. See here for essential background: https://hpanwo-voice.blogspot.co.uk/2018/04/accidental-release-of-mind-control-files.html. Now some new information on the matter has come to light, as I predicted might happen. The documents sent to Curtis Waltman from the Washington State Fusion Centre are not from the government at all. This has been confirmed by Ron Patton, a producer on a UFO/Para/Con radio station called Ground Zero Media. On one of the shows, Psyched Lone Ranger, Clyde Lewis, the host, explains how Ron recognized the diagrams as soon as he saw them. They were created by somebody called Eleanor White who is a targeted individual from . They were included in a January-February 2005 issue of MKzine, a supplement of Paranoia magazine, see: http://www.paranoiamagazine.com/. Source: (starting 15 mins in) https://soundcloud.com/groundzeromedia/psyched-lone-ranger-april-20-2018.This leads to the question of how they fell into the hands of Curtis Waltman thirteen years later. Were they sent to him from the WSFC; is that part still true? If so why and how? What was a section of the US Department of Homeland Security doing with them? Were they still sent to Waltman in error or as a deliberate leak? Maybe Waltman lied and actually obtained these images from somewhere else. If so then where did he get them from and why is he publishing them? Is he engaged in some kind of disinformation exercise? If so I still can't see what purpose it might serve and why he would get involved in it. Perhaps this is just some kind of practical joke; if so it seems a bizarre one. It has driven up traffic to his website, but then so would posting photos of himself naked. It's useless and temporary traffic unless it's aimed at the kind of people who will stay and take an interest in other aspects of his material. These documents don't fit that necessity. Ground Zero Media contacted Mr Waltman, but he was not available to comment.
See here for background: http://hpanwo-radio.blogspot.co.uk/2017/10/programme-253-podcast-kieron-lee-perrin.html.
And: http://hpanwo-radio.blogspot.co.uk/2016/08/programme-199-podcast-neil-sanders.html.
And: http://hpanwo-voice.blogspot.co.uk/2017/05/vice-documentary-on-targeted-individuals.html.
And: http://hpanwo-voice.blogspot.co.uk/2016/09/sherlock-hounds-of-baskerville.html.
Posted by Ben Emlyn-Jones at 18:30