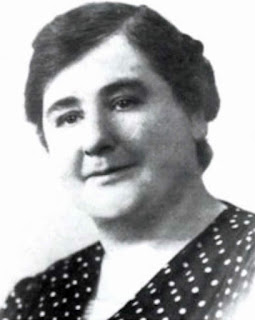 At Halloween everybody's thoughts automatically move closer to matters of the supernatural. It is apt therefore that a new avenue of progress has opened out in the campaign to pardon Helen Duncan, a Scottish woman convicted of witchcraft in 1944, one of the last people in Britain to be so condemned. See links at the bottom for essential background. Activists such as Margaret Hahn, Helen's granddaughter, hope to use an emerging legal reform to reopen the ill-fated wartime medium's case. "Turing's Law" is a nickname for a proposed piece of legislation that allows criminals to be pardoned when convicted of an offence under a law that is repealed at a later date. It already exists as a common law precedent following the posthumous Royal pardon awarded to Alan Turing in 2013, not to mention the official government apology to him in 2008. Since then thousands of similar lawsuits have begun. The story of Alan Turing is tragic and shameful. Turing was a brilliant pioneer of electronics and artificial intelligence who developed a computer that could decode the famous "ENIGMA" encryption system used by Nazi Germany in World War II. He should have been treated as a hero, but instead he was jailed for "gross indecency". His crime was something considered today to be totally acceptable, even trendy; he was an out-of-the-closet homosexual. He was freed from prison on condition he received "medical procedures" supposedly in an attempt to "turn him straight". The treatment ruined his physical and mental health and he committed suicide in 1954. Thirteen years later in 1967 the "Labouchere Amendment" was repealed and since then Turing's lifestyle would no longer be considered criminal. Turning was just one of many thousands of people who were convicted under Labouchere and the other archaic "sodomy laws", and some are still alive today. The question is, could this same process apply for the Witchcraft Act of 1735? Why not? The passing of the Witchcraft Act by Parliament is considered to be a sign of the rise of Enlightenment thinking in . Following the ordeals and burnings of the superstitious mediaeval millennium, it was by the 18th century politically acceptable to suppose that there were no such things as real witches and therefore what they were doing was a form of fraud. A line taken by today's skeptic movement. So supposedly in order to protect the public, the government took action "...whereby ignorant persons are frequently deluded and defrauded; be it further enacted by the authority aforesaid, that if any person shall, from and after the said twenty-fourth day of June in this year of Our Lord 1735, pretend to exercise or use any kind of witchcraft, sorcery, enchantment, or conjuration, or undertake to tell fortunes, or pretend, from his or her skill or knowledge in any occult or crafty science..."

Helen Duncan was given a nine month prison sentence in a modern , in a world in which Alan Turing was building computers and you could fly around the world in an aircraft or sail deep beneath the sea in a submarine and we were little more than a decade from rockets into space. Yet the text above was the legal ruling used to prosecute her; written in a where the horse and cart was the pinnacle of technology and you could be hanged for urinating off . The Witchcraft Act of 1735 was finally repealed in 1951 and replaced with the Fraudulent Mediums Act of 1951, which was itself repealed in 2008. All previous attempts to pardon Helen have failed, yet with this new change in the law, we have a golden opportunity to try again. Graham Hewitt is helping Margaret and the rest of Helen's family on this quest. He said: "The 'Turing law' has set a precedent for Helen’s pardon to come, and it’s one her family will welcome. The circumstances are almost identical. Like Alan Turing, Helen was convicted under legislation now long repealed. There is a precedent and we are writing to the Scottish Government demanding they do the same... Justice has been a long time coming for Helen." A spokeswoman for the Scottish Government has issued a statement: "Scottish ministers have a power to consider a posthumous pardon under the Royal Prerogative of Mercy. In the event that an application was received on behalf of Helen Duncan, they would give it due consideration." Source: https://www.sundaypost.com/news/will-new-law-clear-name-britains-last-witch/. I really hope they do. If they fail to grant Helen Duncan a pardon this time then they will have to explain why not when the legal conditions are exactly the same for others granted pardons under this precedent. What's more "Turing's Law" will almost certainly be passed in the near future. Then Helen's family will hopefully be able to sue if the government decline to pardon her. See here for more details about the campaign: http://www.helenduncan.org.uk/.
See here for background: http://hpanwo-radio.blogspot.co.uk/2015/06/programme-144-podcast-margaret-hahn.html.
And: http://hpanwo-tv.blogspot.co.uk/2015/03/helen-duncan-wartime-psychic-jailed.html.
And: http://hpanwo-tv.blogspot.co.uk/2014/07/helen-duncan-most-dangerous-psychic-in.html.
And: http://hpanwo-tv.blogspot.co.uk/2016/07/skeptics-who-are-they-why-are-they.html.
Posted by Ben Emlyn-Jones at 16:37