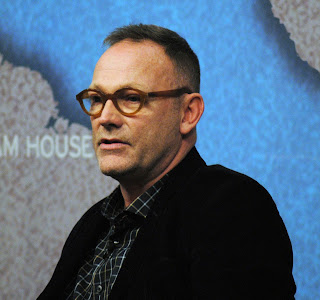 The screwed up, rusty old can of the government's "Independent" Inquiry into Child Sexual Abuse has been kicked a further down the road yet again. This time they know they can't get away with a fourth resignation of the chairman, so they have instead suspended the chief legal counsel for the case. Ben Emmerson QC studied law at and is an expert in international crime and human rights issues. He is one of the most expert and experienced solicitors in the country and so was the ideal choice for the child abuse inquiry when he was appointed in 2014. The inquiry made a statement that it had "recently become very concerned about aspects of Ben 's leadership" without specifying what those concerns are. Mr Emmerson himself has made no comment. While he is under investigation he probably won't be allowed to. Nevertheless, there are rumours circulating that Emmerson has clashed with the new chairwoman, Prof. Alexis Jay, over the direction the inquiry is taking. I can guess what his concerns might be. The last thing the inquiry needs, from their point of view, is a whistleblower who goes public with evidence that the inquiry is deliberately dragging its heels and is set up to fail. Even if this is not Emerson's intention, this action plays for time. Child abuse survivors like Ian McFadyen call this a "devastating blow" and has described progress so far as "catastrophe after catastrophe". No doubt my friend Brian Clare will feel the same way. Source: http://www.bbc.co.uk/news/uk-37500878.
See here for background: https://hpanwo-voice.blogspot.co.uk/2016/08/new-chairwoman-to-replace-goddard.html.
And: http://hpanwo-voice.blogspot.co.uk/2016/08/lowell-goddard-quits.html.
And: http://hpanwo-radio.blogspot.co.uk/2016/07/programme-195-podcast-brian-clare.html.
And: http://hpanwo-voice.blogspot.co.uk/2014/07/did-thatcher-cover-it-up.html.
Posted by Ben Emlyn-Jones at 18:09