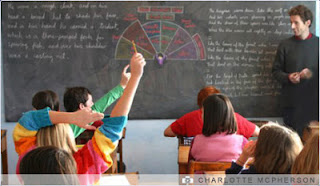 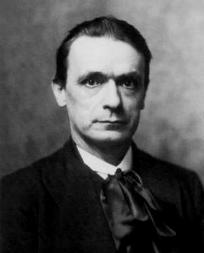 The Skeptocrats are on the move again! The British Humanist Association is trying and block state funding of a new Steiner School in Frome, Somerset. See: http://www.youtube.com/watch?v=BpiRYqZvAAc Steiner Waldorf Schools are a system of education based on the work of the German philosopher Rudolf Steiner; one of the speakers at the Alternative View conferences, Terry Boardman is an expert on Steiner and I wonder what he thinks about all this, see here for background: http://hpanwo.blogspot.co.uk/2009/06/alternative-view-ii-part-6.html Steiner’s ideas covered all areas of life from child-rearing, to medicine, to technology, to farming and cuisine etc etc; see: http://www.steinerwaldorf.org.uk/ His is a complex set of philosophies which take a lot of study to understand, but they were essentially nonConformist and spiritual. It’s true that Steiner had racial opinions, but most people did in the days when he was alive; Winston Churchill and HG Wells did too. It is very unfair to demonize Steiner as a racist. Sadly in this world of Cultural Marxist political correctness anybody who even mentions the R-word tends to get the Government eating out of their hand. I'm getting scared by how authoritarian Atheo-Skepticism has become. The protest that we "Woo-woo's" pay tax too now falls on the deaf ears of those who consider themselves an intellectual elite whose destiny they believe it is to cleanse society of “superstitious nonsense!”. This is why they are trying to outlaw Spiritualism.
See here for important background: http://hpanwo-voice.blogspot.co.uk/2012/06/richard-wiseman-skeptocrat.html

I’m not an avid adherent of Rudolf Steiner and I didn’t send my own daughter to a Steiner School. As I said in the article linked above about Richard Wiseman, this is not an issue to debate whether Rudolf Steiner was right or wrong in his notions; this is completely a matter of civil liberties related to a parent’s choice for their child’s education. I’m primarily a libertarian. I’d hate to live in a religious dictatorship and if anybody tried to ban state funding of an atheist school, I’d be the first to leap to that school’s defence; but I feel equally uncomfortable about living in the Atheo-Skeptocracy that is currently looming over the horizon.

I don't think you need worry about atheists-skeptics deciding stuff, there are a lot of steiner fans in government.

You reckon? Hopefully. So long as they give the Atheists their rights too.

There are Maharishi Universities where people are preoccupied with transcendental meditation and relating all things to it. And the sky has not fallen.Steiner stuff will always attract people who enjoy intellectual complexity. Unlike skeptopaths Funny to see Humnanists who deride women suddenly screaming about fairness with taxpayers money.
Deranged fruitcakes debate with you under the vid, form their own little bubble worlds.

Hi Steve. I know. It was a waste of time really, but I couldn't resist having sa go.