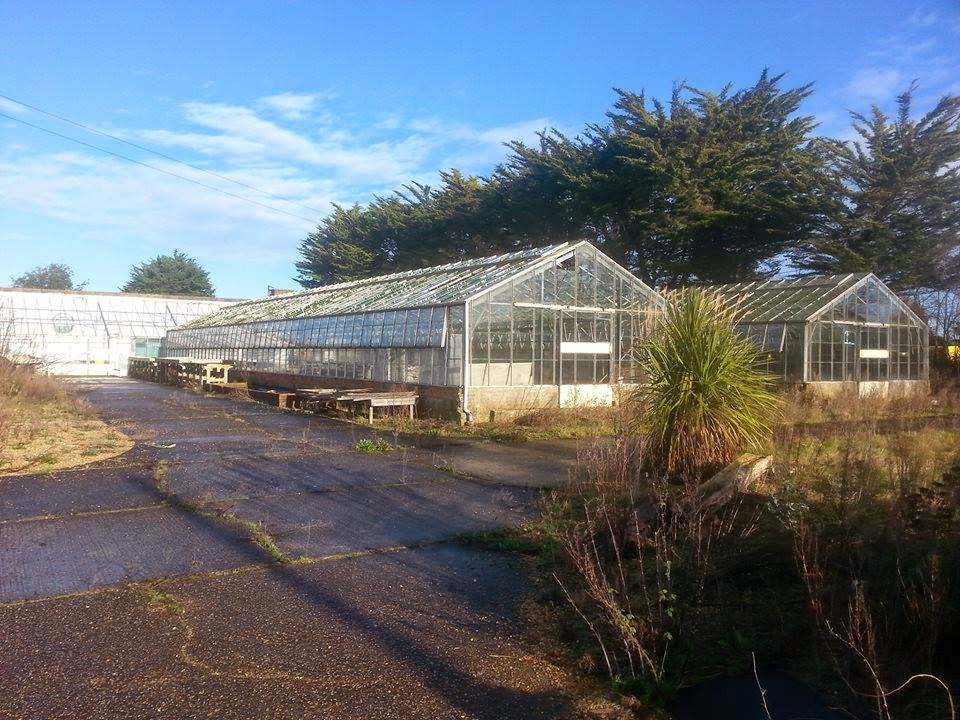 In Lyminster, there's an abandoned set of buildings that used to be a garden centre called Meadview Nursery. Because these buildings were left unused local people and ecological activists decided to take them over and build a thriving community centre. They've been growing organic food in the greenhouses and a cafe in one of the old chicken sheds. They also have plans for a home-schooling centre and an art gallery. However the council have labelled them as "squatters" and want to evict them. The people using the old buildings are creating a loving and empowering local community centre based on environmentally friendly principles, and the government want to take it away from them. The people have set up a Facebook page appealing for help, see: https://www.facebook.com/therainbowcommonwealth. Apparently the council want to sell the land for development; an industrial estate would take its place. My first guess was a McDonalds Drive-Thru or a Tescos store. Actually it wouldn't have surprised me if the government wanted to evict the "squatters" anyway out of sheer bloody-mindedness, or out of fear for the independence and freedom they bring. The authorities are terrified of people who are creative, free-thinking, outspoken and take action on their principles and words. As always it is not just the economic and political that they're concerned about, but also the artistic and spiritual. No doubt the usual lies are being spouted about "illegal occupation by freeloaders" and how an industrial estate would "bring jobs to the town"; yes minimum wages and JSA slavery that strips the local economy of its prosperity. The government know what will happen if the idea catches on; people everywhere will start growing their own food, teaching their own children and even using their own money, see: http://hpanwo-voice.blogspot.co.uk/2014/02/the-oxford-pound.html. State power over us is dependent on voluntary compliance. You may wonder what you can do to help. You might not have the means to travel to the location and help, I can't right now either; but this doesn't mean we can't support these people. Do what I'm doing and spread the word! There's another activism event I'd love to help out with but can't; Tom Crawford, the cancer patient is going to be harassed by bailiffs again this Friday, the 23rd of January, see: https://www.facebook.com/events/1438482753079318/. However, this doesn't mean I'm helpless even though I can't be there. The same goes for Meadview. Be there! But if you can't be there, just tell everybody you can.
There is a personal connotation for me connecting garden centres to nonconformism, subversion and rebellion, see: http://hpanwo.blogspot.co.uk/2014/01/gone-to-seed.html.
Posted by Ben Emlyn-Jones at 18:09