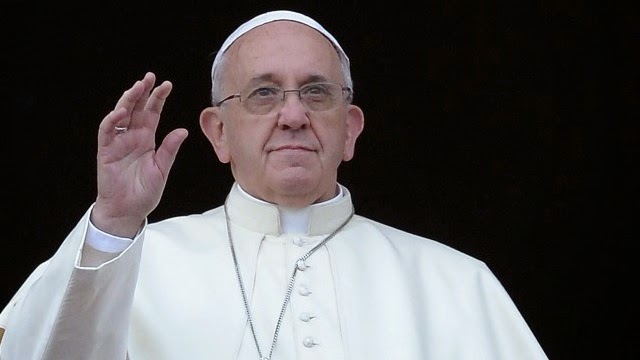 Pope Francis has issued a statement that the asks for forgiveness for children abused by members of the clergy. "Forgiveness" for Catholics can mean something very different to a secular apology; it is connected to the Sacrament of Confession and it refers to the unconditional divine dismissal of all sin. With God's forgiveness it therefore means that the emotional impact and consequences from malevolent action are annihilated. I did wonder whether that is what "His Holiness" meant at first; however it seems that this is an apology in the lay sense. He also defended the Roman Catholic Church's record on dealing with child abuse. This is preposterous in my view; and it calls into question the sincerity of his apology. It should never take two thousand years for anybody to react to something so blatantly obvious. This apology was issued reluctantly and is simply a testimony to the rising power of dissenting voices and the anger of ignored victims, and we should take heart from that. However there is a long way to go. The true crimes of the church are far more extensive even than the endemic acceptance of rape and paedophilia. There's the 's aiding and abetting the Nazis and other oppressive regimes, its embezzlement of an incalculable amount of stolen wealth. Also its genocide, and attempted genocide, of many peoples, cultures and other religions around the world through various methods including killing children, as Kevin Annett has shown, see: http://hpanwo-radio.blogspot.co.uk/2013/01/programme-29-podcast-kevin-annett.html. We are hampered somewhat because we have recently been given a new pope. Pope Francis comes from a humble background in and is the first ever Jesuit pope... correction: the first openly Jesuit pope. The last pope, Benedict XVI looked like Emperor Palpatine from Star Wars; it helps us to have a pope who actually looks as evil as popes invariably are, see: http://hpanwo-voice.blogspot.co.uk/2013/02/the-pope-quits.html. We must not let Francis' "nice guy image" put us off our guard. He would never have been selected for the throne of the unless he was completely loyal and would protect the Church at all costs. Also, if St Malachi is correct, Pope Francis will be the last one ever. Hope so!
Source: http://www.bbc.co.uk/news/world-europe-26989991.
Posted by Ben Emlyn-Jones at 16:38

In July of 2013, Pope Francis overhauled the laws that govern the Vatican City State. He criminalized the reporting of child sexual abuse, specifically listing leaks of sexual violence, prostitution and possession of child pornography. Reporting these crimes against children is now punishable by up to 12 years in prison.

The new "don't-report-or-else" law gives a broader definition of the crimes against children, including the sale of children, child prostitution, recruiting children, sexual violence, sexual acts with children and the production and possession of child pornography.

So much for His Holiness'" apology! Thanks for the info. Somebody on FB is disputing all this