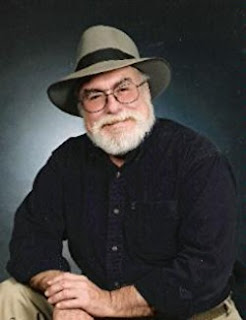 I'm very sorry to report that Jim Marrs has died. He passed away after an illness. Jim was a veteran conspiracy theorist from another age. Long before the internet he was investigating UFO's, secret government activities and hidden technology. He wrote several conspiratorial classics such as Crossfire- the Plot that Killed Kennedy, that inspired Oliver Stone's film JFK. See here for more information: http://hpanwo.blogspot.co.uk/2013/11/the-kennedy-assassination-50-years-on.html. He has written a dozen other books on all kinds of UFO/conspiracy/paranormal matters, His work on the Aurora Incident has indicated strongly that this was the first ever recorded UFO crash-retrieval, see here for details: http://hpanwo.blogspot.co.uk/2012/04/pre-roswell-roswells.html. With his big white beard and cowboy hat he was an unmistakable sight at conferences and TV shows. He did numerous lectures and radio interviews. He will be sadly missed. RIP, Jim.
Posted by Ben Emlyn-Jones at 00:09

Thoughts about Life and Living said...

So sorry to hear this. Rest in peace.

RIP. Thank you for all you did.