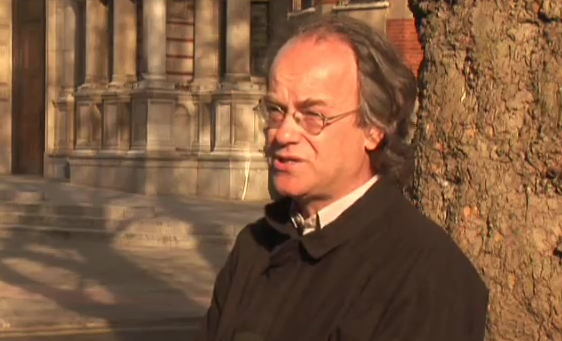 This will not be a long article; in fact it is mostly a continuation of another that I wrote a few days ago: http://hpanwo-voice.blogspot.co.uk/2014/12/the-shill-shaming-of-danielle-la-verite.html. It has come to my attention that an attack has been launched against Kevin Annett, a former vicar from who has been exposing child abuse and genocide, see here for background: http://hpanwo-radio.blogspot.co.uk/2014/09/programme-105-podcast-kevin-annett.html. The accusation is that Kevin is lying to, intimidating and cheating people who've been supporting him. This is not the first time a wave of hostility against Kevin has occurred, see: http://hpanwo-radio.blogspot.co.uk/2013/10/kevin-annett-strikes-back.html. However, this time it's more serious. These videos were put up: https://www.youtube.com/watch?v=U1Du7TxbJMY and: https://www.youtube.com/watch?v=33FBSFkj2p4. Immediately afterwards a collection of people began informing everybody they could about this supposed revelation. I say "informing", but is that the right word? I was approached by this group through a comment on a HPANWO TV video. Did they say: "Hey, Ben, have you heard that Kevin Annett is a fraud? Here's the evidence against him; take a look!"? No, the person "informing" me addressed me like this: "You should be ashamed of yourself, Ben!... You should be ashamed, ashamed of your long term wilful ignorance... Your rant on his behalf was nothing but an emotional empty diatribe... You're promoting a liar and a confidence trickster... He's a conman and you're a dumb easy target for him..." In the midst of this memo my... er... correspondent... included a few questions that I should ask about Kevin, the nature of which lead me to think that all he has done is watch the video with Araya Soma linked above and maybe read a few four-year-old blog postings, and accepted it all as factual without further contemplation or question. If you Google "Kevin+Annett+fake" you'll actually find very little information available that I haven't seen long before; I cover these existing points in my own interview with Kevin on HPANWO Radio, see above. In response to this shrill and hysterical tirade I made the same points that I do in the background link about Danielle la Verite. This man answered thus: "I've seen you a few times this year and just driven by... If you want to respond with 'fuck you' and would like to stick your finger up, then I might just pull over next time and make sure you never can stick it anywhere ever again." See: https://www.youtube.com/watch?v=tniXFF3mQ4o. I have called the police. I've also warned this individual that I'm perfectly capable of defending myself with force and will do so to the full extent of the law if he attempts to assault me. It is sad that we have yet another example of people completely failing to understand that persuading others can only be done through adult, civilized discourse. You can't menace and bully somebody into repeating your viewpoint and then claim that your viewpoint is therefore true as a result of that. That is what organized religions and oppressive state regimes do. Interestingly my assailant also berates me for my "praise" of Charlie Veitch. What he probably means by "praise" is that I said that Veitch didn't deserve death threats and threats to kill his baby son. Polarization, that's another trick sophists use, see: https://www.youtube.com/watch?v=1hUg4hgWQKw. Unfortunately some people are complying with the wishes of the anti-Kevin Annett cult. Alfred Webre, a man whom I respect for some of the other things he's done, has disowned Kevin and removed all his interview recordings from his archive. I wonder if Alfred decided to do that because he was convinced by evidence presented to him in a rational and respectful manner; probably not if my own experience is anything to go by. If anybody really does have evidence that Kevin Annett is a fraud and wishes to present it to me in a mature, friendly and rational tone then I'll have a look at it; I'll also present it to Kevin for his response. But I refuse to be harangued and terrorized by online autocrats. That kind of behaviour is totally incompatible with how I wish to be treated by other people. To everybody who chooses to approach me in that way, my response will be the same as it was relating to Danielle la Verite and Darren Perks. Understood?
Posted by Ben Emlyn-Jones at 18:53

Hey Ben. What can I say. Cest La Vie! This is old ground as you said but it still does not reduce it's unpleasentness!. As you say you also have a right to defend yourself and you do so eloquently in your posts anyway Im sure you can on the streets aswell, well, you are an ex hospital porter!. Take care buddy

Thanks, X. Yes indeed! They don't want to meddle with a big tough ugly ex-hospital porter like me! It's really quite uncanny how this matter has burst out right now, at the very same time as Danielle la Verite, Larry Warren vs Charles Halt etc. There's something in the air.

Kevin A. took 150.000 $ for saving the children from a woman who believed in the con-man lies. Whit this money the hoaxer gave himself a great life womanizing and traveling in Europe.
Besides he acused the Argentinian Pope Francis I of killing and eating children in satanic rituals ...I know the pope from decades and is one of the most honest and compromised man I meet in my life.

Kevin A. threatened several women. Also tried to push drugs in the Canadian tribes he said to protect. This man is not only a swindler but a criminal.

Well if I'm not mistaken the Pope did do this. I ate pigs and killed a chicken in a satanic ritual but that don't make me a criminal...

The Catholic Church was and is built on genocide, massacre and abuse of millions of Men, women and children over centuries and centuries. Pope Francis is probably the most subtley sinister of recent popes because the Catholic Church is using his 'appointment' to instigate a very sophisticated public relations exercise to look as if it is all the decision of the latest pope. The fact is that the Catholic Church is actually run by secret ecclesiastical groups that are dangerously ruthless serving selfish agendas. It is no secret this Church assisted Nazi Germany to eradicate the European Jews. The entire story of the Catholic Church has been to undermine traditional cultural values and beliefs and create a climate where people had to convert to Christianity if they wanted to continue to live in their ancestral areas now under direct Western control or political influence otherwise they would be murdered. To defend such positions against another accused of the same thing really leaves a bitter taste in the mouth indeed. Murderous actions and devisive agendas are at work with biblical references to back it up. This history is fact and not an attempt to assassinate individuals based on internet gossip.

Many of us have been trying to expose Kevin Annett for what he is (a conman and a modern-day colonial white reverend who appropriated the Natives voice here in Canada) and you want to focus on Alfred Webre (whom you greatly respect from the sounds of your article)? I can't tell if you secretly agree with the so-called cult you are writing against or not. Perhaps reading some of the testimonials by those same natives and others who used to support Kevin and his slander against them might give you pause as to why this 'holy' man is now reviled in native comminities here in Canada. The issues of child abuse, murder and trafficking are horrific enough without this man profiting from them.
http://stopkevinannett.weebly.com/

The life of Kevin Annett - He is a whistleblower Reverend, who lost his job as a result of being unable to see crimes against children without speaking out - so he saw crimes and spoke out and lost his job - then he set out to listen to the people affected - which took him to the massacre of 50,000,000 North American Indians and the abductions of millions of children. He followed the poison trail of crimes against women & children to the Vatican - the Ninth Circle Satanic Cult, the Bilderbergs, Banksters, Popes, Churches, Prime-Ministers, Members of Parliament, and stopped the execution of babies on 15 August 2014 in different locations around the world. Now, whoever wants to discredit Kevin Annett, must explain why the discredit against Kevin they allege is more important to them, than the crimes against humanity, which Kevin is on a Mission to stop!