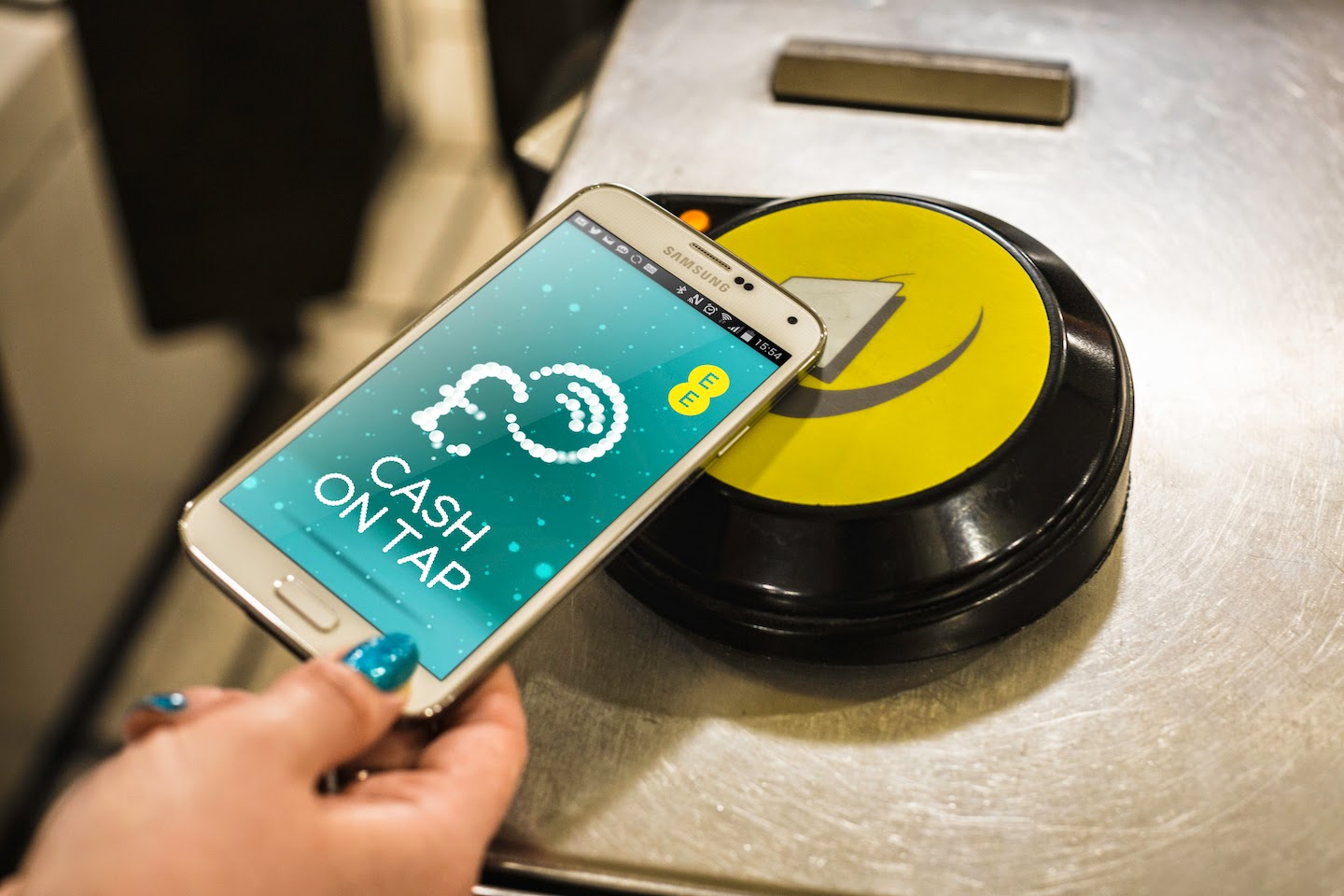 A friend recently came back from a trip to and handed me a flyer they'd picked up while travelling on the London Underground. It was a promotion for "Contactless" travel, a new scheme Transport for are introducing (Transport for used to be called "London Transport"; how long did it take them to come up with the innovative new name?). It is an electronic cashless payment system similar to the existing Oyster cards; it is already available on the Underground, Overground, buses, the Docklands Light Railway, trams and journeys within Greater London on national railways. The river boats are not on the list for some reason. Instead of buying a ticket at the TfL kiosk or from a vending machine with cash, you simply wave a card containing an RFID transmitter in front of a scanner and this takes payment from the card. The card must be charged with sufficient funds or the turnstile won't open. You can top up your Oyster at vending machines or online with cash or a bank card. This is very useful if you're travelling around ; it saves a lot of time and fuss. I have an Oyster card myself; I also have a "Mango" card which is a similar system for use on Trent Barton buses which I travel on regularly. Both Oyster and Mango are a lot cheaper than buying normal paper tickets. The difference with Contactless is that instead of the card being charged manually by the customer, the money is paid directly from the customer's bank account using a special draft order. The passenger has the option of whether or not to register the card; alternatively you can use a mobile phone or other device, on a personal TfL customer account. The advantages to registering are that if your card is lost or stolen they'll refund any unauthorized payments and give you a new card. You can also obtain a log of all your journeys and equivalent spending; this helps when applying for refunds or contesting penalty fares. However, even if you do not register your Contactless card you still have to connect the card to an approved UK-based bank account... Regular HPANWO readers will know where I'm leading to here. The crucial difference between Oyster and Contactless is that with Oyster it's still possible to travel anonymously; with Contactless it's not, even if you don't register for a TfL account. I bought my Oyster with cash from a kiosk and I've always topped it up with cash too; therefore there is no paper-trail at all through which somebody could trace my movements. This somebody could be a person who hacks into my account and could work out my location that way for a criminal purpose, or it could be an official authority with legal access to the data, like a targeted advertising agency. I might be sent certain marketing messages based on where I'd been travelling; an entire profile can be built up on an individual this way. "This one likes art galleries and wine bars, but this one attends football matches and plays at a casino in Hammersmith." Something like this is already being done through your internet habits; it's known as "spamdexing", see: http://hpanwo-voice.blogspot.co.uk/2013/07/big-spammer-is-watching-you.html. Government electronic intelligence agencies, both domestic and foreign, could also monitor my movements for their own covert motives, maybe for their benefit and not mine; indeed perhaps to my enormous detriment. I've noticed these practices increasing by slow, stealthy, frog-in-a-saucepan increments. Based on the official Contactless website, see:  http://www.tfl.gov.uk/fares-and-payments/contactless, and from doing a few internet searches, it appears that few, if any, Transport for London customers are concerned about the issues I raise in this article. This could be because of the gradualism; after all, nobody is telling us we can no longer use cash to buy conventional paper tickets or top up our Oysters are they? No they are not... yet! Nevertheless ways and means can be found to whittle away at the option designated for disposal. We see it already with the monetary incentives for using the new system. Also conventional tickets can be made more awkward to purchase due to unmanned stations (as an aside, this is what the Tube staff were striking over back in February, see: http://hpanwo-voice.blogspot.co.uk/2014/02/rob-brotherton-and-psychology-of.html). My prediction is that TfL will announce cheaper fares for Contactless than Oyster in the same way that Oyster is cheaper than conventional tickets; see here for another example: http://hpanwo.blogspot.co.uk/2009/06/big-brother-is-paying-you.html. Anonymous use will become more and more inconvenient until everybody will just give up on it, unless we get wise and stand up for our rights to cash-paid, unmonitored public transport.
Posted by Ben Emlyn-Jones at 18:27

I am writing a second time as my comment earlier seems to have been removed mysteriously!?. What I was outlining was the fact that there is increasingly a desire for money-less methods of convenience not just for business but for the convenience of the institutions involved being able to inconvenience Us with convenience.

The fact is that money has almost become a dirty word and as a vital means of the public retaining it's self ownership is of vital importance to self ownership.

It is a fact that there is not much 'real' money out there physically only the speculative 'numbers' that exists only if a valid accepted institutes excepts exists.

The contact-less system is also a means of 'trace' and 'locate' but also with the removal of hard currency we are absolutely vunerable.

Firstly it takes away the ability to conduct private business, it takes away the ability to remain anonymous but some may argue "Well if you have nothing to hide what are you afraid of?" The answer is, No I do not have something to hide but the way the elite controlled military-industrial-corporate society is I would like to reserve my right to hide from 'it' and it's depraved momentum thank you very much!.

Secondly we are exposed to the fact that (as happens regularly) when there are power outages for example people have no access to their finances be it at a cashpoint when we have power failures (there is talk of more of this happening), When 'Networks Go Down' we have no access to Banking, communication etc and now we have Travelling.

How easy is it for the ability to arrest our finances and our mobility and what are the implications of this?.

How easy it can be to trace, locate, immobilize us especially via finances and travel.

I have always like my Father being a big advocate of paying cash, handling cash etc and the whole fear factor associated with this is I believe is deliberate.

With survailance and home security so extreme these days that we are extremely more likely to be a victim of cyber crime, Industrial-corporate spying, data theft etc than to be mugged in the street or have our homes burgled which was the a priori of the common criminal circa late 80's early 90's.

I'm not advocating fighting for money for it's own sake but for the implications of having it reduced so far it becomes obsolete like the cheque is.