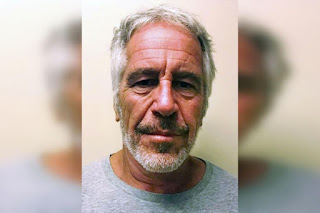 A former forensic pathologist has published his analysis of the post-mortem report on Jeffrey Epstein. The billionaire paedophile was reported to have hanged himself in his prison cell at the top security Metropolitan Correctional Centre, see background link at the bottom for details. The official conclusion of the investigation was that it was a simple case of suicide. Source: http://nymag.com/intelligencer/2019/10/epstein-family-pathologist-autopsy-points-to-homicide.html. However many people have questioned that including myself. Dr Michael Baden, a former medical examiner, is the most prominent person to have also done so. He has had a respected sixty year career in forensic medicine and has worked on the deaths of John F Kennedy and Nicole Brown Simpson, a woman allegedly murdered by her estranged husband, OJ Simpson. He was hired privately by Epstein's brother to supervise the post-mortem examination. He is not the only doctor to question whether Epstein really did take his own life. Stefan Molyneux has twice interviewed a Dr Kevin Wacasey who is doubtful over the suicide verdict, see: https://www.youtube.com/watch?v=nNItvSfzDxI and: https://www.youtube.com/watch?v=LedcJGKhuZ0. The critics are dubious because of what happened to Epstein's hyoid, a small bone in the throat. The damage it suffers during death can reveal a lot during an autopsy about whether a person was strangled by somebody else or by themselves. What's more the DNA profile of the supposed suicide weapon, a bedsheet, has not been done.

I find it quite amusing that at the moment it is we, the "conspiracy kooks", who are the obviously sensible ones and it is the skeptics and believers in mainstream narratives that are on the back foot, having to defend their own position against logical deconstruction. The dedicated skeptic media appears still to be in a state of sheer denial, for example see: https://www.theskepticsguide.org/podcasts/episode-736. I wonder what Prof. Karen Douglas makes of it, see here for background: https://hpanwo-tv.blogspot.com/2018/09/prof-karen-douglas-at-greenwich-sitp.html. This change in general awareness towards conspiracy theories goes beyond the Epstein death. Recently the famous pop scientist Prof. Michio Kaku came out of the closet as a believer in UFO's. As he says correctly, UFOlogy is at a tipping point where the burden of proof is now on the skeptics to explain away UFO's, see: https://www.youtube.com/watch?v=TxWFQ1Y457E. Personally I think we reached that tipping point long ago, in the late 1940's probably. (Something tells me Prof Kaku will not be invited back onto Richard Dawkins' next tour.) This is of course partly due to the shift in strategy the media has undergone in its reporting style on UFO's, see here for details: https://hpanwo-tv.blogspot.com/2019/09/ufo-disclsoure-2019-attip-videos-real.html; and the failure of covering up the corruption to do with Brexit, see: http://hpanwo.blogspot.com/2019/10/brexit-portal.html. However, I suspect it is more than that. It is something deeper and very aetheric transforming in our universe, see here for details: https://hpanwo-tv.blogspot.com/2019/03/why-2016-matters.html.
See here for background: https://hpanwo-voice.blogspot.com/2019/08/jeffrey-epstein-death-portal.html.
Posted by Ben Emlyn-Jones at 19:43