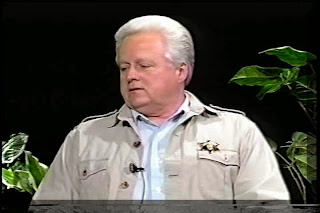 I'm sorry to announce that Jack McLamb has died, see: http://deadlinelive.info/2014/01/13/rip-officer-jack-mclamb/. The police officer who founded Police against the New World Order (later Police and Military against the New World Order) inspired me to set up HPANWO. I thought, if the police can have an organization against the NWO, why not Hospital Porters? His aim was to support his fellow policemen who didn't want to be used as agents to bring in the global Orwellian dictatorship that he knew was planned. He had first hand experience of the brutality of the state when he volunteered to be a negotiator in the Ruby Ridge atrocity. A man called Randy Weaver and his family were living in a remote house in the forest at a place called Ruby Ridge in , . Weaver had been enjoying an ordinary life until he came across information that made him become conspiratorially-aware. He decided to try to hide from the New World Order in the deepest place in the countryside he could find. Sadly the FBI tried to recruit him as an informer through blackmail, and when he refused an entire regiment of FBI and Bureau of Alcohol, Tobacco and Firearms soldiers laid siege to the little farmhouse at Ruby Ridge. After they shot one of Weaver's dogs, a gunfight broke out in which Weaver's son Sammy and his wife Vicki were killed. Vicki was shot through the head while holding her baby daughter. McLamb managed to talk Weaver down before the FBI and BATF stormed the house, which would probably have resulted in the deaths of all the surviving members of the family. See here for a documentary on the case: http://www.youtube.com/watch?v=28kvrPXj-6U. The passing of Jack McLamb comes after a series of losses for the alternative community, see: http://hpanwo-voice.blogspot.co.uk/2013/12/lloyd-pye-dies.html and: http://hpanwo-voice.blogspot.co.uk/2013/12/colin-wilson-dies.html and: http://hpanwo-voice.blogspot.co.uk/2013/04/jim-tucker-dies.html. Jack McLamb was a life-saver as well as a dedicated researcher and activist. Rest in Peace.
Posted by Ben Emlyn-Jones at 18:29