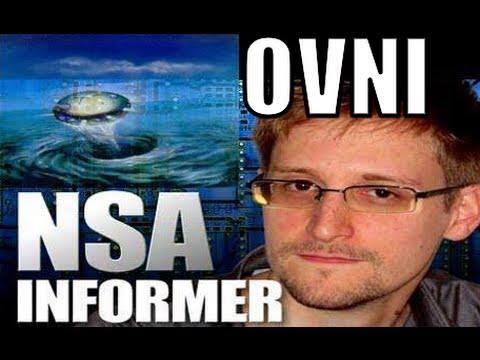 Fars News, a news agency based in Iran, has apparently made a startling assertion, that some of the secret documents currently awaiting publication by renegade spy Edward Snowden are confirmation that an extraterrestrial intelligence has been involved politically with the human race for at least eighty years. Since Snowden defected from the National Security Agency in June 2013 he has made public some surprising exposés (Well, not so surprising for us "conspiracy nuts"; we've been predicting what he has confirmed since the year dot!), see: http://hpanwo-voice.blogspot.co.uk/2013/07/ben-emlyn-jones-on-mind-set-podcast-24.html. Snowden has not released all his information in one go, but has done so tactically, in several waves. He has made it known that he is still sitting on many further documents that he has the option of using, to publicize many more revelations in the future from his sanctuary in Russia. Of course many of us are wondering what secrets the NSA has... or had... which are now in Snowden's hands. Will we get to hear about them as well soon? There is a lot of speculation about what might be in those files, but this takes the biscuit! Could it be true?

Yes it certainly could; in fact it would fit perfectly with what many other insiders have been saying for years. It would confirm what dedicated researchers have already found out about the Roswell Incident and other similar events, for example see: http://hpanwo-radio.blogspot.co.uk/2013/05/programme-46-podcast-citizen-hearing.html. However, we must be cautious not to jump too eagerly to welcome conclusions. If you Google "Edward Snowden UFO" you will find several dozen webpages on this subject. They claim that aliens were behind the Nazi regime and after World War II moved to the and run the country from Area 51. This is certainly an idea I take seriously, see: http://hpanwo.blogspot.co.uk/2008/07/jack-of-antarctic.html, but will we find proof of it from Edward Snowden? All the webpages on this subject I can find source back to this one, see: http://www.whatdoesitmean.com/index1730.htm. The article on the 11th of January claims that Snowden dropped some hints about the UFO cover-up in an email to Glenn Greenwald, a journalist at The Guardian who has been instrumental in publicizing the Snowden disclosures, however the source link to that statement is simply this: http://www.rollingstone.com/politics/news/snowden-and-greenwald-the-men-who-leaked-the-secrets-20131204; it says absolutely nothing about UFO's. The Whatdoesitmean.com article then says that the Rt. Hon. Paul Hellyer MP, the former Minister of Defence for Canada and a hero in the ET Disclosure world, has all the starting prices on everything Snowden knows about this subject and the documents proving it include the classified transcript of a conversation between Hellyer and an official of the FSB, the Russian intelligence agency. Hellyer has recently returned to the limelight at the age of ninety-five when he did an amazing interview about UFO's and how they relate to national security on Russia Today, see: http://rt.com/shows/sophieco/%D1%81anada-minister-defense-ufo-959/. What happens next could determine whether this information about Snowden and UFO's is either proved real or put to bed. Hellyer will be asked to comment on whether he really does know what he is supposed to know, and whether this classified conversation with a Russian secret agent actually did take place. Also, of course, Snowden may release the documents under discussion; however he may be reluctant to because of the explosive nature of their content. Also there's the simple fact that may be granting him political asylum but that gesture is somewhat lukewarm. If his new publications involve FSB secrets as well as NSA ones the Russians may decide he's outstayed his welcome in their country. I visited the website of Fars News and did a quick search under "UFO"; this is the only page I came up with: http://english.farsnews.com/newstext.aspx?nn=13921022000210. It is about UFO's, and it is interesting in itself, but it is not related to the information posited in Whatdoesitmean.com. has done some good media work in recent years with Press TV etc; this is all the more reason not to misquote them. We shall see how this matter develops, but at the moment it's very confusing and the source information is shallow. I'll be sure to report anything significant updates on the issue in future on HPANWO.
Posted by Ben Emlyn-Jones at 10:22

Hi Ben,
Of course we have heard these allegations before especially with regard to wikileaks, in particular on youtube videos. There was rumour few months back that the Russians were saying "Tell the people or we will" bus as yet, as usual its business as usual on the truth embargo. I doubt we will hear anything about ufo's from Snowden but as ever i really hope i am wrong
see ya soon mate
rich.

Hi Richard. I'm obliged to agree with you, but I hope I'm wrong too. Take care, mate. See you soon. Ben