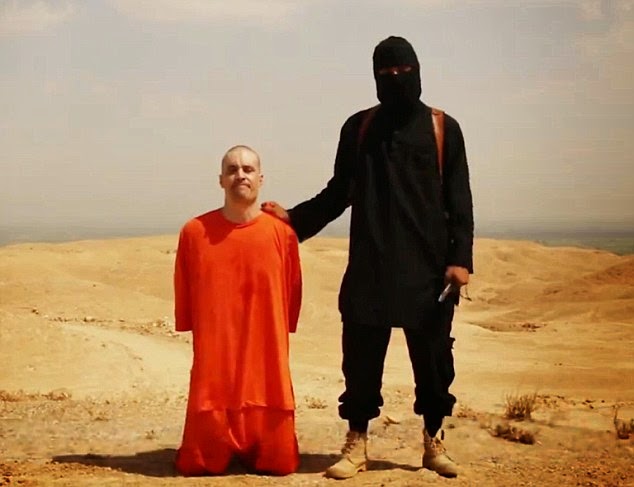 This article is a follow-up to this one which I posted yesterday: http://hpanwo-voice.blogspot.co.uk/2014/08/uk-terror-threat-raised.html.
Following the raising of the terrorist threat level to "severe", the Prime Minister David Cameron has announced that his government is considering further action to tackle the supposed threat from Islamic terrorists. A part of this is a drastic plan to prevent "British jihadists" who have been away fighting in and returning home to the . See: http://www.bbc.co.uk/news/uk-politics-29002586. Cameron's proposal will be met with much approval from many people in the country because of the fear of terrorist attacks; how many of them will pause to ask some necessary questions. What exactly is the definition of a "British jihadist"? Somebody who has been convicted in a fair trial of being a terrorist? No, a "British jihadist" is somebody the government says is one- or even might be one; this means virtually every single British citizen. Another suggestion is the increased use of TPIM's- Terror Prevention and Investigation Measures, which means people who have never been convicted of any offence can be placed under house arrest, be forced to wear an electronic tag and be forbidden to go anywhere without a police minder; see here for more information: http://hpanwo-voice.blogspot.co.uk/2013/11/banning-burka.html. These changes would endanger the civil rights of all people; there is no way in the world that Cameron would get away with implementing them unless he claimed it was to protect us from danger. As I explain in the background article at the top, any real; "jihadists" out there belong to an organization created and run by Western intelligence. It is vital we, the people, do not fall for this very transparent and predictable farce. And beware! If you go abroad you might not be allowed to come home.
Posted by Ben Emlyn-Jones at 17:11