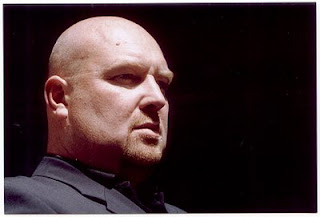 I’d never heard of John Pridmore before; until yesterday because he gave a talk at my daughter’s school. He sounds an interesting guy because of the huge transformation that has come over his life since he became a Christian believer. He grew up in a broken home and turned to crime at a very early age. He went from petty theft and juvenile mischief to prison, from which he emerged into a new life as a big time London gangster on the scale of the Kray twins. But then he went through that life revolution that has affected so many people that goes under various names, but is usually called being “born again”. He’s completely changed his life and now works full time “for God… telling my story all over the Earth.” He’s written two books with great titles: From Gangland to Promised Land and A Gangster’s Guide to God.

I’ve written before about Richard Dawkins and Alister McGrath: http://hpanwo.blogspot.com/2007/08/richard-dawkins-enemies-of-reason.html and http://hpanwo.blogspot.com/2008/04/god-delusion-by-richard-dawkins.html . McGrath always counters Dawkins’ assertion that belief in God is like believing in the tooth fairy by saying “Nobody starts believing in the tooth fairy in middle age and it changes their life.” John Pridmore seems to prove McGrath right. I’m not a Christian. I believe that there’s a divine consciousness to the Universe that it is convenient to call “God”, but I don’t believe any organized religion understands what that consciousness is. However, there’s no doubt at all that some people are able to express a genuine spirituality through a conventional faith.