Was Jesus a Buddhist? 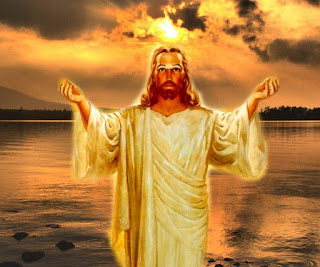 Jesus Christ is the most famous individual in the world apart from the four members of The Beatles; but for a man so widely known, his life is shrouded in mystery and conflicting information. He was born in what is today at the turn of the BC/AD ages; "Before Christ" and Anno Domini- "in the year of our Lord". The reason all time is measured from that period is because of Jesus' birth. Popular awareness of his life story comes almost entirely from the New Testament, the fundamental text of Christianity. This was not written by Jesus or anybody who knew him; it is Greco-Roman and is often attributed to the Piso family, a part of Roman aristocracy who lived over three hundred years after Jesus died. This writing was not done until the Fourth Century when Christianity was becoming the established religion of the Roman world. It portrays Jesus as the son of God, the third part of the Holy Trinity, born to a virgin on the twenty-fifth of December. He had twelve followers and died to redeem the original sin of mankind. Three days after his burial he was raised from the dead. This is not an original idea; in fact Jesus is just the most recent of a dozen or more deities with all those attributes. They are symbolic of the annual cycle of the sun and a lot has been written about that. In modern times new texts have come to light that portray Jesus very differently, the Dead Sea Scrolls and the Nag Hamadi Gospel. The Jesus of those documents was a spiritual seeker and teacher. He was married to Mary Magdalene, who is mentioned in the mainstream Gospels as a fallen woman whom Jesus forgives. She then anoints his feet and wipes them with her hair. They may have had children and that led to the Rennes-le-Chateau mystery that has fallen out of fashion in the Conspirasphere somewhat, but is still valid in my view, see: http://hpanwo-tv.blogspot.co.uk/2013/01/philip-coppens-dies.html.

My parents are Roman Catholics and I used to be a believer, but now I am lapsed. I do not believe Jesus was the son of God, at least no more than anybody else is. He was not born to a virgin mother; he was conceived in the usual way and I expect Joseph was his father. The problem with the New Testament is that it says nothing at all about almost all of Jesus' life story. It begins with the Nativity, Jesus' birth in a stable in . Then there is one single scene from his childhood; when he is about five years old he gets separated from Mary and Joseph in the and when they find him he says: "How can I be lost in my father's house?" After that we hear nothing at all until he begins his ministry a few months before his death by crucifixion. By then he is in his early thirties; so what was he getting up to in the meantime? Theologians generally assume he was living an average life, helping Joseph in his carpenter's shop. That sounds rather boring, too boring to be true; and a new study agrees. The story begins in 1887 when a Russian doctor visited a Buddhist monastery in . He found texts about a man who travelled there from the west called "Issa" and many of the monks knew all about him. He was identified as a prophet and a Buddha. We all know about Gautama Buddha, the man known worldwide as "the Buddha", but he was just one of many Buddhas. In the background article below you will see that Buddhas drop from the sky on a regular basis and, according to the Kashmiri monks, Jesus was one of them. This new study has been produced as a BBC television documentary. It adds that Jesus did not die on the cross in his early thirties, but instead he merely left and returned to to begin a long career as a preacher. He visited the holy cities of and Puri. He finally died at the age of eighty and is buried at the Roza Bal shrine in . Source: http://ewao.net/2018/01/16/bbc-documentary-proves-jesus-was-a-buddhist-monk-named-issa-who-spent-16-years-in-india-tibet/. This is to me a far more interesting and, indeed, respectful story about Jesus. Even as a child the official story of Christianity didn't make sense to me. It is shot through with logical and ethical flaws. Integrating these errors as an adult led to my becoming a lapsed Catholic. One thing I like about William Blake is his poem which gave lyrics to the beautiful hymn which some want to make the national anthem of ; it deserves to be. It tries to fill in Jesus' missing narrative by claiming that he visited with his uncle, Joseph of Arimathea, who was a travelling merchant. In the New Testament he also organizes Jesus' burial. "And did those feet in ancient times walk upon England's mountains green? And was the holy Lamb of God on 's pleasant pastures seen? And did the countenance divine shine forth upon our clouded hills?..." Jesus may have come to to study the discipline of the druids, another sect of ancient wisdom. With these new revelations Jesus is looking more and more like a man filled with divine inspiration and a desire to learn, experience and share spiritual practice and knowledge. He travelled far and wide for his whole life to discover everything he could from the mystery schools of the world. Naturally orthodox Christians will be horrified by this new study, but really they have no cause to be. Far from debunking and denigrating their faith, the new study elevates it to a higher level. We now know that Jesus Christ was a far greater man than we ever knew before. I have watched that TV show and it is available on the source link above.
See here for background: http://hpanwo.blogspot.co.uk/2016/09/messiah.html.
And: http://hpanwo-tv.blogspot.co.uk/2013/09/william-blakes-grave.html.
Posted by Ben Emlyn-Jones at 18:32