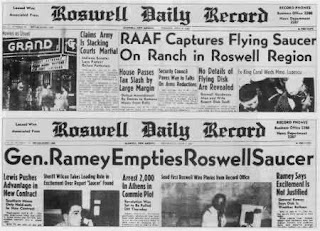 July the 8th is World UFO Disclosure Day, and was awarded that status by Steve Becklow and Geoffrey West of the Paradigm Research Group in 2010. This is because it was on July the 8th 1947 that General Roger Ramey held a press conference in his office in Fort Worth, Texas where he put on display some wooden sticks and some loose, crumpled pieces of aluminium foil and told the world's media that this is what Major Jesse Marcel of the Roswell Army Air Force Base had mistaken for a UFO. He was lying. Today, sixty-nine years later, the Government are still lying. Many believe that this is the day that the decision was made to institute what Stephen Bassett calls the "Truth Embargo." Reporters were descending like locusts on Fort Worth and New Mexico and the Government was considering whether to continue with the original "Flying Disk" story, and so come clean that UFO's exist, or to cover it up; they opted for the latter (See newspaper pictures above). Personally I suspect that this decision was made many years earlier when the Government had to deal with similar incidents to Roswell before July of 1947 and they had a contingency plan already in place that simply broke down to begin with, see: http://hpanwo.blogspot.co.uk/2012/04/pre-roswell-roswells.html, but the day of the scene in Gen. Ramey's office is still a fitting and symbolic historic moment that illustrates the subject well. I have my doubts about whether Disclosure, as it is conventionally defined, is possible, as I've said many times; like here: http://hpanwo-tv.blogspot.co.uk/2015/02/energy-politics-and-ufos-2015.html. But there's a part of me that wants so badly for it to be true. The whole concept is so utterly intoxicating that I can't discard it. World UFO Disclosure Day will continue to be celebrated every July the 8th, but if... or when... Disclosure happens, it will instantly be moved to the day this occurs and celebrated on that day every succeeding year. HPANWO-Readers can personally endorse World Disclosure Day here: http://www.paradigmresearchgroup.org/WDD_Registration.htm. 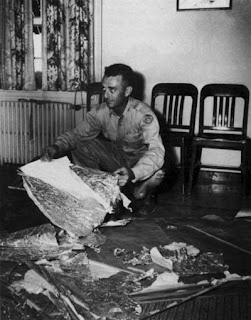 Appropriately enough for the subject, there are some UFO stories to cover for this year's Disclosure Day. The first one combines another subject I'm obsessed with, the European Union Referendum. Last Tuesday week the president of the EU Commission, Jean-Claude Junckers, made an amazing statement to the European Parliament. He said that he had discussed his concerns about Brexit with the leaders of other planets. When the Commission published the official transcript it read: "I saw, and heard and listened to several planetary leaders..." Junckers is a Frenchman and was speaking in his own language. However the speech was filmed and you can clearly hear him say the words: "J’ai vu et entendu et écouté plusieurs des dirigeants d’autres planètes..." Run that through Google Translate if you like. It's also been analyzed by members of the Project Avalon Forum whose mother tongue is French. They conclude that there is nothing oblique or idiomatic in this sentence. It can mean nothing other than: "I saw, and heard and listened to several leaders of other planets..." The president also refers to himself as a "human being" at one point, perhaps indicating that not all his audience are necessarily of our species. So does this mean Junckers has let it slip that the EU is in contact with an extraterrestrial intelligence? If so then they are clearly interested in earth's political affairs. Are they in favour of Brexit? I myself am very much, for example see: http://hpanwo-voice.blogspot.co.uk/2016/06/brexit-one-week-on.html, and I would not change my mind because somebody on another planet disapproves. In fact I'd be suspicious of aliens who say things like: "We'll give you Disclosure if we can have 'world unity'." As Michael Salla points out in the link below, that's extremely petty, but also suspicious when I consider the deeply malevolent human elite who are driving towards that goal, see: http://exopolitics.org/european-commission-president-says-he-spoke-to-leaders-of-other-planets-about-brexit/. I wonder what Nigel Farage thought when he heard that. 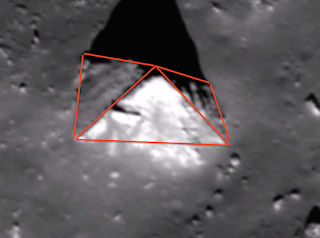 We also have another NASA whistleblower. Dr Ken Johnston (No relation to Miles) was a consultant to NASA, seconded by a company called Brown and Root, who worked on the Apollo moon programme. In 1971 he was involved in handling moon rock and processing photographs taken of the moon (Regular readers know that I question the official story of the moon landings, for example see: http://hpanwo-radio.blogspot.co.uk/2016/03/programme-179-podcast-marcus-allen.html, but that is beside the point right now. I don't question that the Apollo programme launched astronauts into low Earth orbit or sent craft of one kind or another to the moon). He says that NASA doctored photographs released to the media because they contained images of UFO's and artificial structures on the lunar surface, see: http://www.express.co.uk/news/weird/687284/SHOCK-CLAIM-NASA-whistleblower-alleges-space-agency-doctored-UFOs-out-of-public-images. Dr Johnston is not the first person involved with NASA to make this allegation, in fact he is at least the third. Donna Hare and Karl Wolf also have, see: https://www.youtube.com/watch?v=lkswXVmG4xM. This week also marks the twentieth anniversary of the mysterious Alien Interview film emerging in the media. This film is far less well-known than the infamous "Alien Autopsy" footage (see here for details: http://hpanwo-radio.blogspot.co.uk/2016/05/programme-189-podcast-spyros-melaris.html), but in my view it is far more evidentially significant, see: http://hpanwo.blogspot.co.uk/2015/01/area-51-alien-interview-new-research.html. To celebrate the occasion I will be producing a special HPANWO Radio show featuring two researchers of the Alien Interview, Andrew Burlington and Sean David Morton; watch the HPANWO Radio blog on the links column for details coming up soon. Next year's World Disclosure Day it will be seventy years since the Roswell Incident. You can be sure that I will be marking this decade occasion very prominently... unless of course we have Disclosure within the next twelve months.
See here for more information on the ET Disclosure issue: http://hpanwo-radio.blogspot.co.uk/2016/04/programme-186-podcast-stephen-bassett.html.
And: http://hpanwo-tv.blogspot.co.uk/2015/12/ufo-disclosure-2015-i-know-it-didnt.html.
And: http://hpanwo-bb.blogspot.co.uk/2016/05/ive-finished-book.html.
And: http://hpanwo-tv.blogspot.co.uk/2016/05/ufo-disclosure-2016-probe.html.
And: http://hpanwo-tv.blogspot.co.uk/2015/10/ufo-disclosure-2015-truth-or-greer.html.
Posted by Ben Emlyn-Jones at 15:03