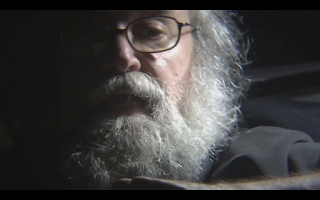 A strange video emerged yesterday, Thursday the 10th of November, a supposed previously unreleased video interview with the famous film director Stanley Kubrick by somebody called T Patrick Murray. This is said to have been shot just days before Kubrick's death in 1999 and both he and Murray had to sign a fifteen year non-disclosure agreement before recording it. There are two separate versions of the interview which are both out-takes from a new documentary by entitled Shooting Stanley Kubrick. What makes the interview remarkable is that the subject makes a confession, that he was employed by NASA to fake the Apollo missions to put men on the moon. Source: http://yournewswire.com/stanley-kubrick-confesses-to-faking-the-moon-landings/. The veracity of the moon landings is something I've covered extensively on HPANWO, see background links below. Recently the author Carl James has written about Kubrick's remarkable legacy, see: http://thetruthseekersguide.blogspot.co.uk/2015/02/the-kubrick-conundrum-carl.html, but does this include the Apollo moon landings? I'm doubtful for several reasons. The video is poorly lit and consists entirely of a close up of the subject's face. There is a rather amateurish steadycam effect, one remarkably like YouTube's house application. The subject is an elderly man with a thick white beard and hair; he's wearing steel-rimmed glasses. The conversation wanders all over the place. It is jocular and bawdy and even drifts into areas such as "elves fucking girls", whatever that means. The subject does not look at all like Stanley Kubrick and has a very different voice. His mannerisms and style of conversation don't resemble any Kubrick exhibited in previous interviews; and the filming style is one Kubrick has never taken part in, at least to my knowledge. I have been watching videos of him to gain a comparison. I have no doubt that this video is a hoax. It's probably intended to promote 's documentary. It might also be a piece of viral marketing for this upcoming feature release, see: https://www.youtube.com/watch?v=wRoMpeUGZ9I. The biggest reason I doubt Stanley Kubrick directed the fake moon landings is because he would frankly have done a much better job. He'd have avoided most of the mistakes that Mary Bennett and David Percy picked out in their book Dark Moon and here, see: https://www.youtube.com/watch?v=W79mIGx9Ib4.
See here for background: http://hpanwo-radio.blogspot.co.uk/2015/04/programme-134-podcast-marcus-allen.html.
And: http://hpanwo-voice.blogspot.co.uk/2015/06/moon-hoax-progress.html.
And: http://hpanwo-voice.blogspot.co.uk/2014/10/has-nvidia-proved-moon-landings-true.html.
And: http://hpanwo-voice.blogspot.co.uk/2012/07/marcus-allen-at-bis-update.html.
Posted by Ben Emlyn-Jones at 21:22