ANYTHING to Save the Planet! 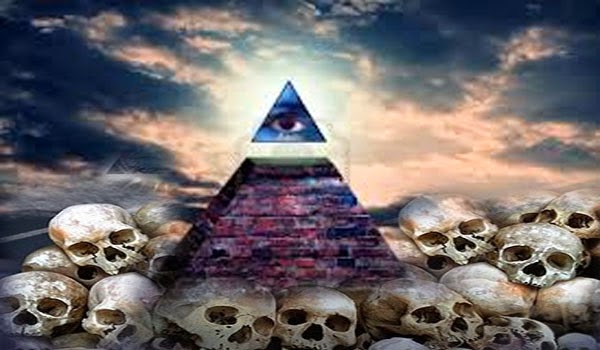 I often get accused of scaremongering when I voice my concerns that the authorities are carrying out secret geoengineering projects and are plotting to "reduce the human population". The question naysayers always ask is: "Come on, Ben! How could they possibly persuade enough people to collaborate with something so terrible?" That's a good question, who on Earth would be willing to do something as horrendous as killing over three quarters of the people in the world and turning our home planet into a genetically modified monster? The answer might be found in this chilling lecture by Dr Mayer Hillman, see: https://www.youtube.com/watch?v=r7uuKrUdLH8. Dr Hillman is deeply concerned by the threat that's posed, as he believes it, by climate change caused through man-made emissions of carbon dioxide, or Carbon™ as it has recently been rebranded. Dr Hillman sees himself as a lone voice crying in the wilderness; a Cassandra who can see doom on the horizon, yet the decadent masses keep ignoring him and demanding that the Government and corporations maintain their fundamental rights of bountiful access to gas-guzzling turbo-charged SUV's and foreign holidays in the sun. There's a strong reek of misanthropy in this event, in Dr Hillman's lecture especially. His "young apprentice... heh heh heh!", Dr Rupert Head of the UK Green Party, is calmer and more subtle in his delivery, and he takes a less overtly alarmist tone, but the actual content of his own lecture is very similar, see: https://www.youtube.com/watch?v=ddpFD0ssV-4. Both these lectures were part of an event at Conway Hall in , organized by the Centre for Inquiry UK and the British Humanist Association, see: http://centreforinquiry.org.uk/2014/03/903. These are both major affiliated international Skeptic and atheo-Skeptic organizations which I've had several dealings with in the past, for example see: http://hpanwo.blogspot.co.uk/2011/09/british-humanist-association-conspiracy.html.

The mistake the naysayers make is that they assume that my point depends on the perpetrators being pure evil, the kind of people who would actually want to slaughter the mass of humanity and alter the Earth atmosphere until it's an unholy toxic mixture; simply for the hell of it, because they enjoy it, because they're so "EEEEEEEvil!". No; I think that the majority of people who would be involved in this hypothetical scheme are very different. Listening to Dr Hillman speak, the overwhelming impression I pick up from him is one of desperation. He sees the current state of the world as a perfect storm of environmental destruction and human apathy; he may not be one of those recruited into covert geoengineering projects and the depopulation agenda, but if he is not then he is still the kind of person who would be approached. If this agenda is real, then those involved will be told what they need to know. The pilots flying the chemtrail planes don't need to know what they're spraying, just like those who mix the chemicals in the factory don't need to know that their concoctions are intended to be sprayed from aircraft. Those at the top who do know everything don't have to be nasty people; they just have to be desperate. They need to be people willing to carry out horrific acts of destruction because they see it as the only option to prevent the Earth dying. Sure, not everybody agrees that human Carbon™ emissions are the cause of climate change; I certainly don't, but that doesn't matter so long as those involved in the agenda do agree with it. There are several institutions with educational courses in geoengineering... only theoretical of course... supposedly... like the , see: http://hpanwo-tv.blogspot.co.uk/2014/04/oxfords-secret-science.html. I suspect that agents will have infiltrated the and may have been sitting in the audience at this Conway Hall event, keeping a close eye out for talent. I can picture them sideling up to Dr Hillman at the end of his lecture and having a "quick word". Dr Hillman's reaction at first may be disgust: "No! This is mass murder! It's multiple genocide! I will have no part in it!"... But the agent will persevere: "Come on, Mayer! You know this has to be done! It's not something any of us would wish for, but imagine how much worse it will be if we do not do it!... So, can we count on your support?..." The real reason for geoengineering and depopulation has nothing at all to do with saving the planet, quite the opposite. As I explain in the links below, the whole Carbon™-peak-oil-overpopulation thing is a myth, these people are fighting a phoney war. Even those briefed into the truth about depopulation etc will not all be told this: The real motive for everything is to build a new form of authoritarian world government. And indeed, Drs Hillman and Read both declare openly in their speeches that moves towards post-democracy will be essential if any real progress is to be made. Read is very tactful and talks about appointing benevolent "guardians" to supervise all government environmental policy. Hillman is far more candid; he says that the controversial United Nations Personal Carbon™ Allowances must be implemented "...or we're doomed!" He advocates draconian global regulation of transport for holidays, business and trade. His ideas for the transformation of all sectors of the economy, geared towards organizing it in light of its use of fossil fuels and "environmental impact" resemble communism. He proposes food rationing on the model used during World War II and states (slightly paraphrased): "the democratic process is not sacrosanct... The majority view in the developed world is that people are not prepared to make the lifetstyle choices for the dramatic Carbon™ reductions necessary and their democratic leaders do nothing except pander to their whims to get elected... Do we subscribe to the democratic approach to decision making which has so far failed? Or, in this instance, as I would argue, it has to be set aside. Whether the public like it or not, these changes have to be made!... If these changes are not made, we will assuredly hand over a dying planet to succeeding generations". Along with this new Big Brother-style dictatorship will be fewer people and the use of electronic advancement and biotechnology to create a new world, a more controllable world, a New World Order.
See here for more details: http://hpanwo-voice.blogspot.co.uk/2013/07/earths-population-reaches-7-billion.html.
And: http://hpanwo-tv.blogspot.co.uk/2011/01/erik-pianka-and-overpopulation.html.
And: http://hpanwo-tv.blogspot.co.uk/2014/05/ben-emlyn-jones-live-at-bufog.html.
Posted by Ben Emlyn-Jones at 17:47