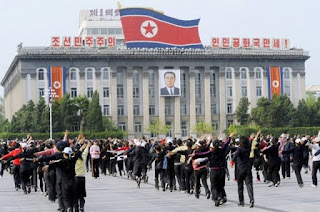 Personally I wonder if that attack really did come from North Korea. I'd like to see evidence... and I expect something as bit more substantial than a fake torpedo!

In most case the North Korea is on defend of their nation since USA and South Korea military are exercies and bombardment in North korea border and even on their sea.

North Korea could have been guilty if south Korea has been not spearheaded by USA. The bombardment of South Korea Island by N korea can be blamed to USA of spearheaded of South korea.