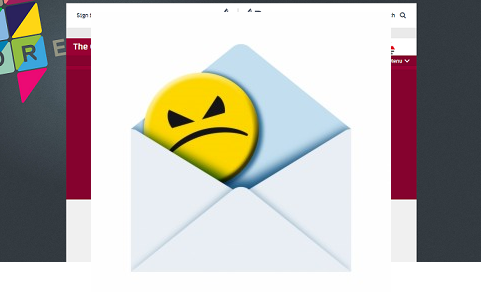 I have written some letters of complaint about the TV programme The Great UFO Conspiracy, see here for background: http://hpanwo-voice.blogspot.co.uk/2015/03/the-great-ufo-conspiracy-review.html. I've made two separate complaints to Channel 4. The first concerns the legal issue of my image being used in the programme without my permission, indeed against my permission. I positively forbade them from using it. I've also contacted OFCOM, the media standards watchdog about this matter. My second complaint is simply my opinion of the programme's content itself, which as you'll know if you read the background link, is very low indeed.

This issue concerns a television programme that was broadcast on More 4 at on Saturday the 14th of March of this year, entitled The Great UFO Conspiracy. This was an hour-long documentary produced for Channel 4 by Pictures and Hat Trick International. One of the scenes take place at a conference held in rural Wiltshire called Bases at the Barge. I was a delegate at that conference and was present during the filming of that scene. The film crew were invited to attend by the conference organizer and behaved appropriately the whole time they were there. All the delegates were informed that filming was in progress and that the footage gathered might end up being broadcast in the cinematic and/or televised media. Therefore all delegates were assumed by the film crew to have granted their permission for their image to be shown unless they specifically instructed the film crew that they were withholding permission. I was one of those who opted out. I told the director that I did not want my image used in the film in any way, nor my voice to be heard on the soundtrack, and they assured me that it would not be. The director wrote down my name on a form and took a photograph of me for their records, presumably so that the editor could avoid including shots showing me in the broadcast cut, or if including said shots, reducing the resolution of the picture of my face so that I was unrecognizable.

Therefore I was deeply dismayed to see myself in the programme when it went to air last Saturday. It is currently also available to watch on 4OD, Channel 4's online on-demand catch-up service; it will be there for a whole month. (See: http://www.channel4.com/programmes/the-great-ufo-conspiracy/on-demand/58730-001) I appear at 17 minutes and 26 seconds into the show; I am visible for the rest of the shot which ends during . I am the large and tall bald man standing at the back of the room wearing a baseball cap and a white T-shirt with the letters "CIA" written on the chest. I am clearly recognizable and several people I know have approached me and let me know that they saw me on TV while watching that programme. I know this is just a cameo shot and I was only visible for a brief period, but I still strongly object. I told the director that I did not want to be filmed and they promised me I would not be, not even in a cameo. Other people featured during the scene had their faces pixilated and I assume they were others who had opted out like I had. The reason I feel so strongly about this is because, in my opinion, The Great UFO Conspiracy is a programme of extremely poor quality. I feel uncomfortable contributing to it, even in such a minor role. I almost feel guilty or dirty. Therefore, how do I go about complaining? 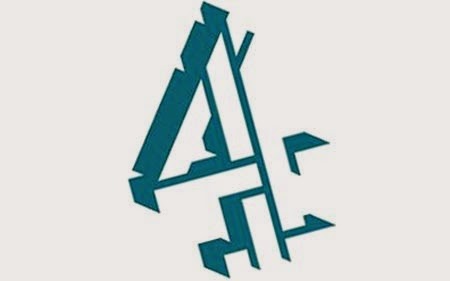 This issue concerns a television programme that was broadcast on More 4 at on Saturday the 14th of March of this year, entitled The Great UFO Conspiracy. This was an hour-long documentary produced for Channel 4 by Pictures and Hat Trick International. I have already made a separate complaint about The Great UFO Conspiracy which is a legal issue related to my involvement with the filming of it. This second complaint is my qualitative opinion of the programme. It gave a very misleading picture of the unidentified flying object phenomenon indeed. It sought to ridicule, distort and simplify the subject, ignoring all the significant evidence and trivialized the issues it did decide to cover. For example Timothy Good is an author who has written over twenty books about UFO's beginning in the 1950's yet the show focused on just two aspects of his work. They dismissed his encounter with an extraterrestrial being as "coincidence" without informing the viewer of the depth and complexity of the issue, one which makes such a conclusion very unlikely. Also in one of his books Timothy deals briefly with the possibility that Jesus had been an alien and the star of Bethlehem was a spaceship that gave instructions to the Three Wise Men by telepathy; but why was it that the programme focused on this tiny little aspect of Timothy's research instead of the far larger and more important areas Timothy covers? In fact the "Jesus was an alien!" trope returns several more times over the duration of the programme, and it appears in the programme's blurb. We were shown internet footage of UFO's and aliens that most experts believe is fake and not once were we shown some of the far better material that is more likely to be real; why is that?

UFO's, or flying saucers, whatever you choose to call them, are a very real phenomenon and a highly serious matter. The evidence is there in the form of official government reports on strange craft interfering with nuclear weapons bases, aircraft and entire cities. We have witness testimony of millions of people who have seen the craft and even encountered the non-human beings that come from inside them. These people include very credible characters like government ministers, military officers, pilots and even a couple of astronauts. I find it deeply dismaying that television stations like Channel 4 are so reluctant to produce serious investigative journalistic reviews of this data. Instead we're treated to silly and gimmicky charades, jocular scores and the contemptuous lampooning of those who do take the bold step of investigating the matter seriously. I've often said that there's a limit to how bad a TV programme can be by accident. This is not an accusation against you, but I can't help feeling that if I were somebody high up in government and I wanted to distract public attention away from UFO's, then I could not do better than arrange for the production of a film like The Great UFO Conspiracy.

I'll keep HPANWO readers posted with updates on this HPANWO Forum thread, however I might need to keep some matters confidential for legal reasons, see: http://hpanwoforum.freeforums.org/letters-of-complaint-t5037.html.
Posted by Ben Emlyn-Jones at 16:49

I have been contacted by somebody from Plum Pictures and they have removed the programme from 4OD and are going to re-edit it.

Great work Ben.Perhaps we should all send similar letters, perhaps provide a blue print document that people could send. Excellent letters as always.

Great Ben, at least you got some result and made the buggers work.

It matters not that it was a short period, I recognised immediately and if you worked for me, I could start digging where I may not have otherwise done, disliked your views and found a way to fire you.

But you know how that goes from your past experiences. They could have easily damaged your career.

Thanks, Vrillon. I know exactly how your frustration feels. Apparently Channel 5 are about to make ANOTHER conspiracy/paranormal/ufo programme. I hope Tony Miles don't get suckered into a THIRD pasting!