Roman Polanski NOT to be Extradited 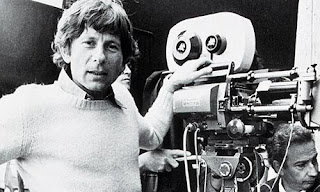 Roman Polanski, the film director of such meaningful films as Rosemary’s Baby, will not be extradited to the US to face charges of having sex with an underage girl in 1977. No, it seems European nations are far more interested in handing over UFO-hackers like Gary McKinnon, see: http://hpanwo-voice.blogspot.com/2010/05/gary-mckinnons-extrdition-suspended.html . When you think about it, Polanski might have technically done wrong, but his “victim” was a streetwise teenage girl, not some little toddler with a teddy-bear. So it’s not fair to call him a “paedophile” and categorize him with the likes of Gary Glitter.

As I’ve said before, maybe there’s a reason why the authorities are coming down on him so hard now!: http://hpanwo-voice.blogspot.com/2010/04/ghost-writer.html
Posted by Ben Emlyn-Jones at 20:53 3 comments:

Big Brother- When the Rules go Out the Window! 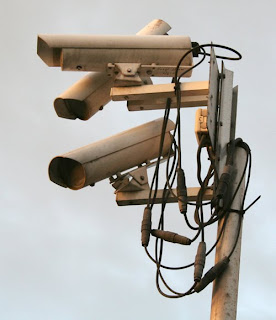 A friend of mine works at a hotel and has told me something very interesting and very relevant to HPANWO. His hotel, like most workplaces… and everywhere else… has installed a CCTV system for security purposes. But recently he was pulled up by management. His boss called him into the office and reprimanded him for putting his feet up on a chair while he was sitting at reception. My friend apologized, but it was only later that he asked himself the question: How did the boss know? The incident took place when the boss was not in the building. My friend did a bit of investigating and discovered that the boss had seen him on the hotel’s CCTV recording. My friend was furious and made a formal grievance. Those cameras are intended for security purposes only, not so that the management can spy on the staff. The recorded data from the CCTV is supposed to be strictly controlled and not open to anyone to access it, no matter how high their position. Luckily my friend’s grievance was sustained and the boss was himself given a bollocking, but I wonder how much more this kind of thing is going on. I know for a fact that there is one institution not far from where I live where security guards’ locations are monitored while they’re on patrol by making them swipe their ID badges through the electronic door locks. Such door locks are now almost as commonplace as CCTV; my hospital has them. Again we see the same thing: the door locks, like the CCTV was installed allegedly for “purely security” purposes and has been expanded into its Big Brother role without so much as a nod!

This for me is a sign of endemic corruption and it proves the point I’ve always made: that the Big Brother infrastructure will not be hurled at us violently, it will be delivered in an attractive, decorated parcel that we will open without hesitation or a morsel of fear. When even the rules and ethical guidelines accompanying Big Brother that are meant to protect us go out the window, nobody can pretend any more that the innocent have nothing to fear.
Posted by Ben Emlyn-Jones at 10:28 5 comments: