A Warning from France 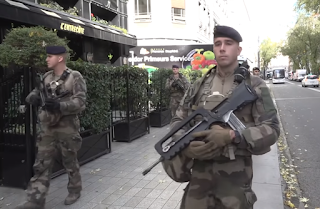 is a comparatively unstable society. During the period has glided smoothly from election to election and monarch to monarch, has had numerous revolutions and "republics". When experiences some kind of constitutional crisis we tend to deal with it very calmly and diplomatically with lots of stopping for tea. Modern was born out of a revolution that led to some of the worst violence has ever seen. Tens of thousands of people were killed, mostly by being beheaded in a guillotine. Today their society stands on the brink of another political inferno. Two open letters have been sent to President Emmanuel Macron. The second one was published in a magazine called Valeurs and was signed by over a thousand people, most of them military servicemen, including twenty former generals. Source: https://www.valeursactuelles.com/societe/exclusif-signez-la-nouvelle-tribune-des-militaires/.
It follows another sent on the 27th of last month that reads along similar lines.
The letter has been praised by the presidential candidate Marine Le Pen. Although I'm not sure about the accuracy of any translation you might use, there is no doubt that this letter is a warning that the country is heading for civil war and a possible coup d'état. There's a reason why English has borrowed that word from French. Many have forgotten, but is already under martial law and has been since November 2015. The cause of 's strife is that its New World Order internal enemies are trying to break down its culture and society through a number of methods including mass-immigration and the deliberate radicalization of its Muslim population. The same is being done all over the West, but in that agenda is very advanced. People who go on holiday to today describe it as looking like a cross between a refugee camp and an open-air prison. There is continuous terrorism, both real and false-flag. I've often spoken about my respect for democracy and protested against extra-parliamentary government imposition, for example: http://hpanwo.blogspot.com/2021/02/coronavirus-portal.html. However, the democratic process itself has been shown to be occupied by the very forces of global technocratic uniformity, certainly in the United Stares, see: http://hpanwo.blogspot.com/2021/01/donald-trump-portal.html; maybe in too. It could be that these generals are part of the same movement for freedom that President Trump is, and Boris Johnson used to be. In that case maybe a military takeover is the only remaining option. I expect that the next French presidential election will be a turning point, a last chance for the normal system to function openly and justly. That will be in April next year. If something happens to corrupt it, maybe that will be the moment for action.
See here for more background: http://hpanwo-voice.blogspot.com/2021/05/boris-gunboat-election.html.
And: https://hpanwo-voice.blogspot.com/2017/05/au-revoir-la-france.html.
And: https://hpanwo-voice.blogspot.com/2015/11/paris-attacks-2-symptoms.html.
And: https://hpanwo-voice.blogspot.com/2013/08/engineered-islam.html.
Posted by Ben Emlyn-Jones at 01:44 No comments: 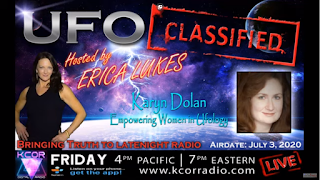 I don't often share my social media activity on HPANWO, but I'm going to on this occasion as I did once before, see: https://hpanwo-hpwa.blogspot.com/2016/08/youtube-comment-im-pleased-with.html. This time it is on a YouTube video that promotes one of my biggest concerns with UFOlogy, its threatened infection with feminism. It was on Erica Lukes' channel where she interviews Karyn Dolan, see: https://www.youtube.com/watch?v=inVBi9ASqQg. Below is a copy of my comment:
On the subject of "Women in UFOlogy!". I had a debate with Paola Harris about this on Planet X Radio. I still disagree with her (although it was a civilized discussion and we are still on good terms). If there is a "scarcity" of women at UFOlogy events then this does not mean necessarily that there is anything wrong. Any attempt to force a balance in that regard would be incredibly destructive. "More women" can so easily be translated into "fewer men" and is has been. How many does not count as "scarcity"? Without proper definitions it's impossible to know and this is why I consider this situation rather Orwellian. Men considerably outnumber women in UFOlogy and they always will. I consider this to be a simple product of human biodiversity, one of the perfectly harmless natural inequalities in life. Some inequalities are harmless because no individual is held back by them. UFO's are simply a "blokey" subject that, when generalizing, for totally benign and organic reasons, are more likely to appeal to the male psyche than the female. It's part of what makes men and women essentially different. Natural inequality is the reason why nobody ever goes up to a basketball team and says: "Why are you all black? You should sign up some white guys! We need equality on this team! There's no balance!" There are many exceptions of course. Erica, Paola and Karyn are one of them. I assert that there is absolutely nothing precluding a woman who wants to from getting involved in UFOlogy if she chooses. Women have made enormous contributions to UFOlogy; in fact would the scene even exist without them? Paola herself is one of the biggest superstars in the field. she is widely respected. Everywhere I go people speak very highly of her. I've been at two conferences with her where she has been treated as an honoured guest. Isn't that enough? And who can forget , Street, Randles and Bruni, the "four horsewomen of "? It is not only in UFOlogy that this myth can be found. In fact in every institution where men outnumber women, from university science departments to computer game fan clubs, the pejorative phrase: "dominated by men" will be heard and the cry goes out: "Something is wrong here! Something needs to be fixed!" They invariably assume that there is some kind of cackling hand-rubbing cabal of male chauvinist pigs actively or subconsciously maintaining their male exclusivity, but evidence for this is rarely found. It is simply an assumption, because we've been conditioned to think that men and women are identical except for our role in reproduction. What's more, this is certainly not the case in UFO research; I'd be the first to object is it was. Nothing needs to be fixed because nothing is wrong. Interestingly, in Spiritualism, which I am also interested in along with UFO's, the sexual ratio is the opposite to UFOlogy, it's about 70 to 80% women. Does that mean I should see myself as a victim? Am I oppressed?
This comment was actually paraphrased from a Facebook one I posted in yet another debate I had on this matter a few months ago with Paola Leopizzi Harris. You'll no doubt agree it is polite and civilized; but, having read it again, I think if anything it is more generous and conciliatory than I feel today. It is too full counter-signalling. This indicates I have consolidated on this matter since I last debated with Paola.
See here for background: https://hpanwo-tv.blogspot.com/2020/03/rawcon-2020.html.
And: https://hpanwo-voice.blogspot.com/2016/10/adx-files-38-women-in-ufology.html.
And: https://hpanwo-voice.blogspot.com/2017/07/female-doctor-who-no-objections-allowed.html.
And: https://hpanwo-voice.blogspot.com/2019/11/sjw-ufo.html.
Posted by Ben Emlyn-Jones at 00:17 2 comments: 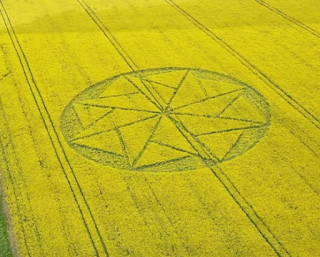 I'm pleased to report that the first British crop circle of this year has appeared. It was reported on Monday at Stanton St Bernard, Wiltshire; not far from Alton Barnes, right in the heartland of the crop circle phenomenon. Like a lot of those early in the season, it is in a field of oil seed rape. This medium is far tougher and less malleable that wheat or barley, which is why early circles are sometimes the most interesting. It is a structure that almost covers two tramlines and is a circle containing sixteen tessellated triangles. Unlike last year's first crop circle, see: https://hpanwo-voice.blogspot.com/2020/05/first-2020-crop-circle.html, there are far fewer restrictions on movement at the moment, making human construction more likely. Source: http://www.cropcircleconnector.com/2021/Stanton/Stanton2021a.html. A YouTuber called "The Hampshire Flyer" has beaten Matthew Williams to the finish line to provide the first aerial footage, see: https://www.youtube.com/watch?v=y_2jdDrJ_NM. Regardless of its origins, there has been a widespread joyous reaction to the emergence of this formation. Of course it is just one of many; indeed it is preceded in 2021 by one in , see: http://www.cropcircleconnector.com/2021/Tenginskaya/Tenginskaya2021a.html. However, it seems to carry more emotional weight than most others; in fact Miles Johnston made a dedicated video about it, see: https://www.youtube.com/watch?v=-8Pau3BYZGg. This is because of the hardships the British people have faced over the last fourteen months. It is reported that the landowner has denied permission for access, but apparently there is an honesty box there. If so please use it.
See here for background: https://hpanwo-voice.blogspot.com/2017/07/wiltshire-police-on-crop-circles.html.
And: https://hpanwo-voice.blogspot.com/2008/09/2008-best-crop-circle-year-ever.html.
And: https://hpanwo.blogspot.com/2013/02/crop-circle-challenge-2013.html.
And: https://hpanwo-voice.blogspot.com/2011/06/crop-circles-ikea-and-dreams.html.
Posted by Ben Emlyn-Jones at 00:17 No comments: 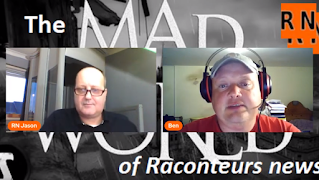 I have been interviewed again on the Raconteurs News show with Jason Holmes, see: https://www.youtube.com/watch?v=GUuZbWpt0cw.
Subjects discussed include: Plastic litter in the oceans, will the lockdown really end?, the future of elections and much much more.
See here for my previous appearance on Raconteurs News: https://hpanwo-voice.blogspot.com/2020/11/ben-emlyn-jones-on-raconteurs-news-7.html.
See here for Jason's interview on HPANWO Radio: http://hpanwo-radio.blogspot.com/2018/10/programme-303-podcast-andy-young-jason.html.
Posted by Ben Emlyn-Jones at 00:11 No comments: 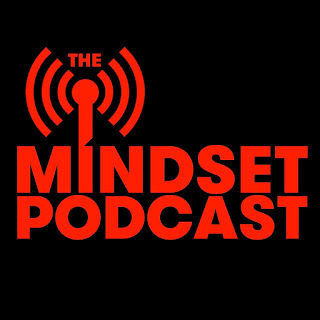 I have been featured on Programme 448 of the Mind Set Podcast.
See here for the show: https://soundcloud.com/mindsetcentral/msp448.
Subjects discussed include: UFO pessimism vs optimism, singer stands up against the lockdown, one week left of the NWO? and much much more. Subscribe to Mind Set Central on Patreon for bonus material and early bird access to the public content, see: https://www.patreon.com/mindsetcentral.
See here for my previous appearance on The Mind Set Podcast: http://hpanwo-voice.blogspot.com/2021/05/the-mind-set-podcast-programme-447.html.
Posted by Ben Emlyn-Jones at 00:53 No comments: 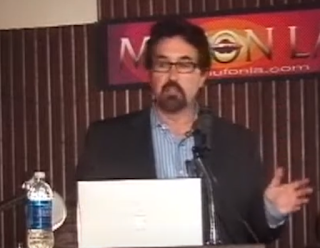 Richard Dolan has perked up a bit since his black pill period a few weeks ago, see: https://hpanwo-voice.blogspot.com/2021/03/richard-dolans-black-pill.html. (I have found out since writing that article that one of Dolan's parents died, which would explain his somewhat triste attitude. I must therefore apologize for giving him such a hard time and offer my deepest condolences.) His co-author of AD- After Disclosure, Bryce Zabel, disagreed with him considerably in their recent debate, see: https://hpanwo-voice.blogspot.com/2020/08/disclosure-stops-here.html. Since then Zabel has published more material indicating that he has maintained a generally more optimistic vision of the Disclosure train's track than Dolan has. Zabel writes a blog called "Trail of the Saucers". He has a few guest contributors too, like Ryan Sprague and Carolyn Brouillard. In Zabel's post entitled Coming UAP Report May Blow Minds he gives a summary of the progress made so far this year; the upcoming UATPF June report, Directors Brennan and Ratcliffe's admissions etc. It turns out that Ratcliffe's successor, Avril Haines has already stated that the intelligence community will honour the commitment pledged in President Trump's UAPTF authorization act. Unlike Dolan, Zabel thinks that it would be very difficult politically to delay or obfuscate the June publication. He reminds us of Senator Harry Reid, the organizer of AATIP and former Senate Majority Leader saying to the New Yorker in all seriousness that Lockheed-Martin has UAP crash debris in its possession. Source: https://medium.com/on-the-trail-of-the-saucers/the-coming-ufo-report-from-u-s-intelligence-may-blow-minds-866cbdcf9475. Well, this is what Richard Dolan called the "red line". It's certainly possible now that we might cross it. I found Bryce Zabel's article very inspiring. It is obvious that post 2017 small d disclosure still has a lot of momentum and we can expect it to go much further. The prospect of replacing the small d with a capital D is truly upon us. Zabel ends with the words: "People get ready." I am, Bryce.
See here for more information: http://hpanwo.blogspot.com/2020/02/ufo-disclosure-portal.html.
Posted by Ben Emlyn-Jones at 23:01 No comments: 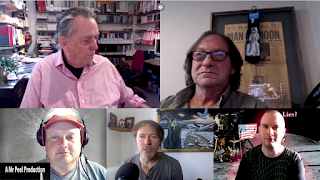 A film edited and produced by Neil Geddes-Ward and Andrew Chaplin. A conversation between regular contributors Marcus Allen, Scott Henderson, Andrew, Neil, and myself.
See here for the film: https://www.youtube.com/watch?v=dyrg2-KDTpg.
This eighth Apollo Detectives film brings more new and original information that casts doubt over the official story of the first moon landings. See here for background: http://hpanwo.blogspot.com/2020/12/moon-landing-portal.html.
HPANWO Radio interview with Marcus: http://hpanwo-radio.blogspot.com/2020/04/programme-366-podcast-apollo-13.html.
See here for Neil's channel: https://www.youtube.com/user/neilgedd.
See here for Neil and Andy's radio show: http://www.paukradio.com/shows-2/paranormal-peep-show/.
See here for Marcus' website: https://nexusmagazine.com/?v=79cba1185463.
See here for Scott's study page: https://www.aulis.com/photo_studies.htm.
I have produced my own version of this film on HPANWO TV which includes my personal commentary: http://hpanwo-tv.blogspot.com/2021/05/the-apollo-detectives-unsuitable.html.
Posted by Ben Emlyn-Jones at 16:33 No comments: