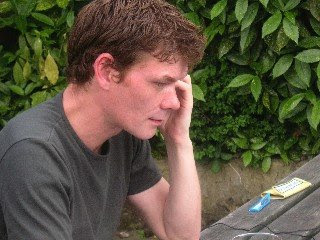 The Prime Minister has replied to everyone, including myself, who signed the pettion for scrapping the US/UK extradition treaty, in the wake of the Gary McKinnon Affair. Here is his reply in full:
Thank you for your e-petition requesting that the current extradition treaty between the UK and the USA be scrapped.
The Government does not accept that the UK-US extradition treaty is unfair, one-sided or unjust. The information that must be provided in order for a UK extradition request to proceed in the US is in practice the same as for a US request to proceed in the UK.
On the one hand, the UK is required to demonstrate “probable cause” in the US courts. In American law this is described as facts and circumstances which are sufficient to warrant a prudent person believing that a suspect has committed, is committing, or is about to commit a crime. On the other hand, the US is required to demonstrate “reasonable suspicion” in the UK courts. This has been defined in UK case law in the following terms, the “circumstances of the case should be such that a reasonable man acting without passion or prejudice would fairly have suspected the person of having committed the offence”.
Every extradition request made by the US to the UK must provide sufficient information that would persuade the District Judge in the UK to issue an arrest warrant for the conduct for which extradition is sought, had it occurred in this country. This requirement is contained in section 71 of the Extradition Act 2003.
The Government is satisfied that the information required of each country is as balanced as is possible given the differences between the two legal systems.
(Source: http://www.number10.gov.uk/Page18675 )
Posted by Ben Emlyn-Jones at 18:11 1 comment: 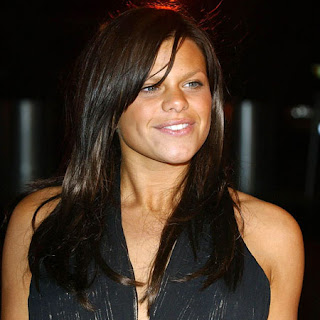 Poor Jade. She's been a Conformist poster girl for her entire celebrity career. The mainstream media have treated her like a carnival fool. Even in her death throes the magazines were having competitions to see who could publish her obituary first. OK won... by getting it out before she'd even passed away; but that trifling matter escaped them. Now she's dead there'll be a similar frenzy to cover her funeral. Then she'll be forgotten by all except those who loved her, and some other punchbag will be found to take her place. 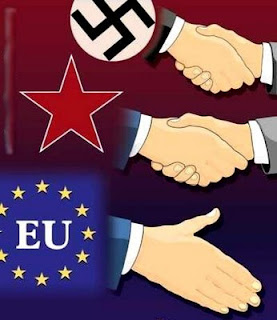 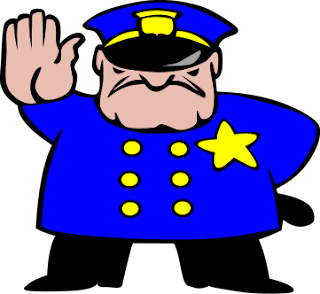 Common Purpose is a very sinister organization. Here is their website: http://www.commonpurpose.org.uk/home.aspx . They're not overtly political, have no published agenda or goal and do not stand for elections, but they are playing a crucial role in the drowning of Britain in the Internationalist dictatorships of the EU and then the proposed global government, the New World Order; and they aim to do it so slowly and stealthily that the masses do not even notice it's happening! Just take a look at their "About Us" page. Does it make any sense to you? If not then this is a warning sign. Underhand organizations invariably have official statements of purpose and mission that make no sense. You read them and you still don't know what they're about! This is the same with the Tavistock Institute which I've written about before. See here: http://hpanwo.blogspot.com/2008/02/tavistock-founder-dies.html

It has come to my attention from a fellow freedom-fighter in The United People's Community (http://www.tpuc.org/) that Thames Valley Police, the force which covers the Oxfordshire area, is involved with Common Purpose and what's more their involvement has increased over the last few years. Check out these figures that he obtained from the Freedom of Information Act (You'll need the Adobe Acrobat reader):http://cpexposed.com/documents/CP_Police_Expenditure_ThamesValley.pdf
Now take a look at this; it's a brilliant lecture by Brian Gerrish, a man who is currently working very hard to stop Common Purpose: http://video.google.com/videoplay?docid=3664960863576873594&ei=2u3FSarsJMPB-Ab756TTAQ&q=common+purpose+by+brian+gerrish
Posted by Ben Emlyn-Jones at 07:55 No comments: 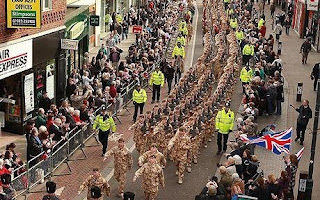 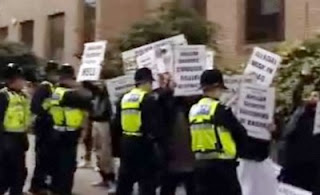 As a student and researcher of media propaganda this is one of the most interesting articles The Currant Bun has ever published. Even by the newspaper’s usual extreme standards, it’s almost unbelievably biased. I’m not even going to draw your attention to the type of language used, the employment of the words “brave”, “fanatics” etc.

Actually I completely agree that some of the protesters’ slogans and banners were reprehensible. It is unfair to brand a complete stranger as a “baby-killer” just because they’re in the Army, These men and women have just returned from a long deployment during which the majority will have committed no harm at all. And what’s more any military action in the War on Terror may be carried out by the Forces, but those Forces are paid for by our taxes. I find it unlikely that these protesters are all tax-rebels; therefore they are hypocrites. Everyone involved in the war has to share in the blame, whether you fight it or fund it.

But the truth is: war crimes involving British troops have taken place. These protesters have a legitimate gripe, if only they’d pursue their gripe in a more productive way, not giving so much smearing ammunition to their opponents.

What disturbs me most about this article is that it never even considers that the allegations made by the protesters could be true. The whole idea is beyond the acceptability of the author’s paradigm. This is what I mean I talk about how respect for the military has become its own brand of fanaticism, a kind of religion. See these articles for background: http://hpanwo.blogspot.com/2008/07/our-brave-boys.html and http://hpanwo.blogspot.com/2008/11/remembrance-poppies.html

Posted by Ben Emlyn-Jones at 12:52 No comments: 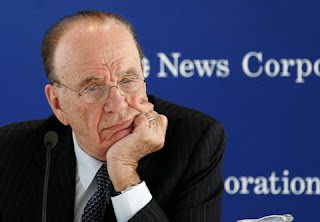