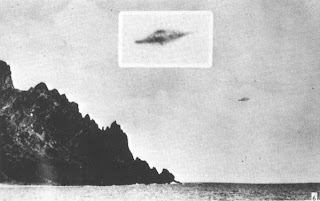 Another batch of UFO files has been declassified by the British Ministry of Defence. I see that there's a "highlights" file as well, so they're definitely aware of public interest and accommodate it. I'm glad of that because the batch is huge, hundreds of megabytes. There's no way I'll be able to search all those files. Thanks to whoever did it! I sent in my own sightings report so look out for it when the 2008 files get released: http://hpanwo.blogspot.com/2008/12/my-ufo-sighting-281208.html

The files can be dowloaded free from the National Archives: http://ufos.nationalarchives.gov.uk/
Posted by Ben Emlyn-Jones at 10:09 No comments: 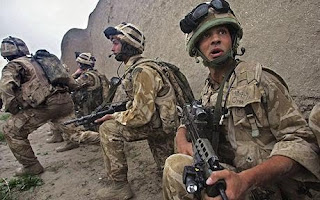 This story has been parroted on the TV for two days now by smiling newsreaders who can’t seem to see its obvious flaws. Perhaps the promotion of the Cult of the Soldier (Background: http://hpanwo.blogspot.com/2008/07/our-brave-boys.html) has resulted in the media believing its own propaganda, that the religious ecstasy we’re meant to feel has made us ignorant to basic military strategy, and that such a strategy is the domain of the Glorious Priesthood and can therefore be broadcast with impunity because the huddled masses are so struck dumb and wide-eyed with awe and humility!

This new offensive “Operation Moshtarak” is nothing more than a publicity stunt! If it was a serious attack then what happened to the element of surprise? Imagine Winston Churchill coming on the BBC radio talking about “Next week will be D-Day. Wish our forces luck and don’t tell any Germans you might know.” Duh!
Posted by Ben Emlyn-Jones at 15:54 No comments: 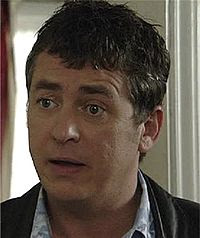 I was amazed to hear on the radio this morning that Alfie Moon will be returning to EastEnders. Here's the newspaper story: http://www.mirror.co.uk/news/top-stories/2010/02/09/kat-alfie-in-return-to-eastenders-115875-22028913/ . This is very curious. Where are they going this time?

Alfie Moon was a total anomally among the usual motley crew of CMI's and CAP's. I think that there was actually a "coup" going on behind the scenes. Somebody on the production team was resisting the "Tranterite" propaganda agenda that I describe in the background articles. It was working too; Alfie became a real hit with the ladies. It was very encouraging to see. But what's happening now? Is this another attempt at an insurrection? I'm keen to see how this develops.
Posted by Ben Emlyn-Jones at 14:17 2 comments: