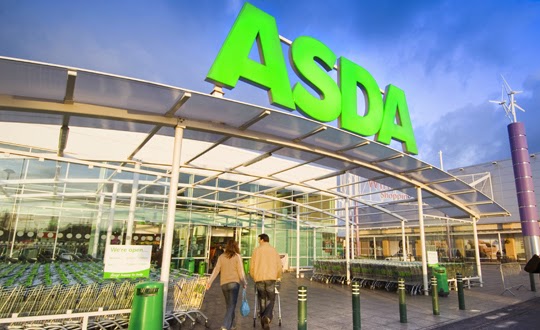 An article was released onto the internet on March the fourth reporting that one of 's largest supermarket chains was planning to withdraw alcoholic beverages from sale in some of its stores. This move effects thirteen Asda shops nationwide and is being done at branches in areas with a high Muslim population. These Asda branches are also no longer stocking other non-intoxicating alcohol-based items like aftershave and deodourants. These shops' butchers departments and delicatessens are stopping the sale of pork, bacon, ham, lard or any other product containing ingredients derived from pigs. The call for this policy was initiated by the Muslim Council of Britain and the Islamic Shariah Courts of Britain, and they welcomed this new practice by Asda, see: http://news.bfnn.co.uk/asda-to-remove-pork-and-alcohol-in-high-muslim-population-areas/ (Thanks to a Facebook friend for bringing this to my attention). The source page looks like a news story and it is intended to; the website is called BRITISH NEWS / BFNN. However, not a single word of the story is true. None of the names mentioned are real people. Although there is of course a real Asda supermarket and a real Muslim Council of Britain, there is no such organization as the "Islamic Shariah Courts of Britain". This is explained by a disclaimer at the bottom of the post. BRITISH NEWS / BFNN is actually a satirical hoax site. Some it is very funny; there are other posts entitled: Islamic State to open up Embassy in , Cameron set to Return to by 2017 and Jeremy Clarkson said Foreign Cabs "Smell like Sick". These are clearly parodies of the jingoistic and factually precarious stories that sometimes emerge in the popular press. The intention of the website authors seems to be a desire to pull a "Carlos" style hoax on people, similar to this one: http://hpanwo-voice.blogspot.co.uk/2014/10/chemtrail-hoaxer-threatened.html. This particular prank was so successful that BRITISH NEWS / BFNN had to publish another separate disclaimer later on: http://news.bfnn.co.uk/no-asda-arent-banning-pork-or-alcohol/; they claimed that millions of people, and even a UKIP branch, Tweeted and Facebooked the story without double-checking whether it was true or false, and even didn't read the article to the end and saw the original disclaimer.

It's very amusing when something like this happens and I myself have been occasionally caught out over photos of ghosts in family photographs or set-dressers walking across the moon landing TV footage. The objective of the BRITISH NEWS / BFNN story was to test the gullibility of the British public and the entire website contains no sources and multiple disclaimers. However, there may be more to this activity than harmless comedy. I'm not accusing the authors of news.bfnn.co.uk of being motivated by anything other than a quest for mischievous fun, but there are hoaxers in this world with a graver and more sinister agenda, and news.bfnn.co.uk might be unknowingly aiding them. The Tavistock Institute is the kind of organization that would be very interested in the outcome of this trick and would treat it as a social experiment, even if that was not the objective of the perpetrators. As I've said before many times, the powers-that-be want a civil war in the , and indeed all of and they're generating the conditions for war by installing radical Wahhabist Islam into the West. They're also creating and running vanguard organizations on both sides, the Muslim extremists and the anti-Islamic nationalists. Their machinations include false flag terrorist attacks, see background links below. Are these psychological warfare operations working? If you put yourself in the position of those engaged in them (not pleasant I know), how could you find out? You would need to gauge the collective consciousness of the populace in terms of anger, suggestibility and malleability. This is how psychological operatives manage to work out the best times and places to play their cards, what city to carry out a false flag shooting or bombing, which racial and class category of people should be given what subliminal messages in TV programmes etc. What days would people respond best to an airliner hijack? Incidents like this Asda Muslim hoax provide a valuable insight and you can bet the Tavistock Institute, and outfits like it, have been studying it very carefully indeed.
See here for background: http://hpanwo-voice.blogspot.co.uk/2013/08/engineered-islam.html.
And: http://hpanwo-tv.blogspot.co.uk/2015/03/oxford-muslim-grooming-scandal.html.
And: http://hpanwo-radio.blogspot.co.uk/2015/03/programme-127-podcast-nick-kollerstrom.html.
And: http://hpanwo-voice.blogspot.co.uk/2011/07/fake-muslim-posters.html.
Posted by Ben Emlyn-Jones at 15:00

Another fine article and clear example of how to use common sense, something seriously lacking in todays society.

Another crazy story going around Ben is that Political parties are saying something along the lines of 'we are going to build a better future for the many and not for the elite at the top'. Must be another of these crazy internet stories Ben!. As the old ASDA slogan goes 'every little helps....to divide'

X, that's a story that is neither true nor original! Interestingly the Asda marketing meme used to be an arse getting slapped!