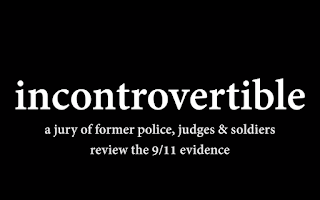 Last night I attended a movie premier. There was no red carpet, no audience of fans waving cameras and autograph books, no celebrities strutting around in diamond-studded bikinis; but then the movie I went to see would never be considered for that kind of attention by the media. The venue in hosting the event was a small backstreet independent screen specializing in art-house flicks and world cinema; it has the pun name of Whirled Cinema, see: https://www.whirledcinema.com/. It lies at the end of in Brixton, a road so small that it is barely more than an extended layby and was not marked on my map. Luckily there were detailed directions on the back of my ticket; a wise move by management, probably learned through the experience of having customers not being able to find the place. I've been to Brixton several times now, all because of going to see David Icke live at the , for example see: http://hpanwo.blogspot.co.uk/2010/05/see-here-for-my-report-on-previous-live.html. It is a tight-packed residential district south of the river which is a mixture of old Georgian and Victorian townhouses and modern terraces, flats and maisonettes, mostly occupied by black people. It's full of the traditional open air markets found all over . There are a lot of stylish murals and art galleries giving the area a Bohemian feel. The Whirled Cinema sits at the Loughborough Junction, a spot where three railways lines meet in an arcing triangle of high bridges that merge and cross above the rooftops. The venue is actually built beneath one of the railway arches and its barrel vaulted brick ceiling is part of the bridge. It's not possible to completely soundproof the interior which means every five minutes the rumble of a train passing overhead fills the room. This could of course annoy some film viewers, but perhaps others will see it as part of a unique cinematic experience (I really should be working for Time Out). The entrance and foyer looked more like a nightclub than a cinema. I passed through a heavy security door which swung shut with an almighty crash behind me, and climbed a flight of steel steps to a darkened auditorium. There was no separate area for the screen, the row of seats opened immediately onto the barstools and bar where I ordered an expensive but delicious pint of Czech lager. I recognized a few of the people there from previous meetings and there were a few famous faces including Dr Niels Harrit who appears in the film. Here he is being harangued by the BBC; I think it's for one of the programmes I was asked to be in as well, but I more wisely refused, see: https://www.youtube.com/watch?v=aQdB27XBT6c. I also met a very pleasant man and woman whom I had a good conversation with and we shared a pizza from the takeaway next door. 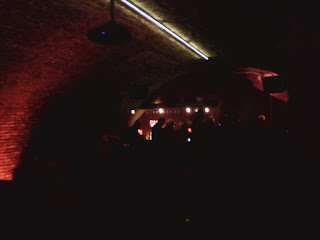 The interior of the Whirled Cinema in 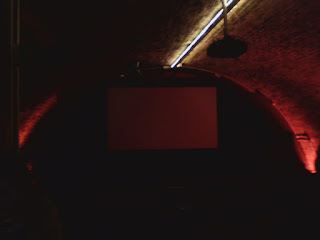 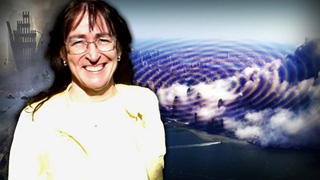 Thanks Ben - readers may also find additional information about some of the "players" here: http://www.checktheevidence.com/cms/index.php?option=com_content&task=view&id=373&Itemid=60

It's also an interesting title they've chosen "Incontrovertible" - quite a similar word to "irrefutable" - a word Dr Wood has been using a lot...

You're welcome, Andrew. Thanks for the link.

Agreed Ben. You brought to mind a Nick Redfern article I read today. Writing about the FBI's interest in Spontaneous Human Combustion, back in Hoover's day. An FBI report he cites and précis', into a suspected case lists the same strangeties as you have with the police car. I wonder, was this interest they had, to do with what was developed into the weapon that brought down the towers?
http://mysteriousuniverse.org/2015/11/spontaneous-combustion-and-the-fbi-pt-1/

Thanks, Ellis. That is fascinating! I'm hoping to get Nick on the show very soon.

the hutchison effect has never been replicated independently. It is only viewable on video.

If you look at the video levitation effects they are consistent with invisible wires. Invisible to poor quality video that is.

ie the objects usually raise up on one side before leaving the supporting surface, then settle to an equilibrium that looks like they are being suspended from a single point. (they dangle at an angle that indicates the suspension point is not symmetrical to the object, which is usually hard to obtain unless the object is spherical) Some look like puppets on more than one wire.

For those that doubt the apollo moon landings ...... why not apply the same 'suspended by wires anti gravity effect" to hutchison?