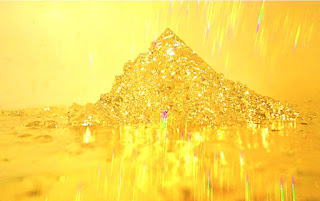 I regret to inform you that the BenX-Beyond Fear Conference has been cancelled. This was an event I was due to speak at, see here for details: http://hpanwo-voice.blogspot.co.uk/2015/10/ben-emlyn-jones-at-benx-beyond-fear.html. Ben and Jackie released the following statement yesterday: "Unfortunately we have had to cancel the event as Ben's situation has deteriorated over the past couple of weeks.
He had to leave the new forest as his life was put in danger and he felt incredibly ill as a result; which is currently under investigation. Ben is now living in a tent penniless on a camp site being helped by close friends under incredibly difficult circumstances.
In his present condition it is impossible for Ben to even get to the event or have access to the internet. Two weeks ago Kenneth Clarke at a meeting in stated that he had Ben prosecuted and found guilty at his trial. This is NOT TRUE and illustrates the lengths the government is going to reframe history and to make Ben's life as difficult as possible simply because Ben won. Ben desperately needs your help. So if there is anything anyone can do please get in touch with me or Lou Collins as soon as possible. Thank you so much. Jackie x (on behalf of Ben)", see: https://www.facebook.com/events/175682039436702/.
I can only join Jackie and the others in wishing Ben all the best. Hopefully a new conference can be organized in the future to replace this one.
Posted by Ben Emlyn-Jones at 07:43

Sorry to hear about that Ben. And hope that Ben Fellows may have the strength to keep fighting against this disgusting regime of hypocrites and abusers. Let me know if there is any news Ben

Thanks, X. Will do. I'm hoping to get Ben on the radio show as a guest soon