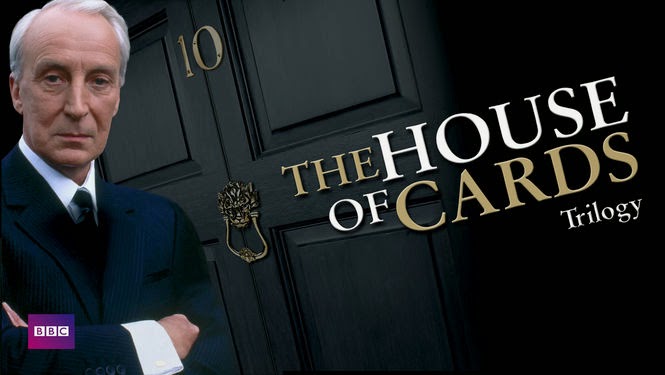 Democracy is one of the biggest buzz-words in the English language; it is loaded down like no other with emotional, cultural and political baggage. Wars have been fought over democracy which have cost the lives of millions. Some people will start weeping at the very mention of the word. The quest for democracy has produced some of the most dramatic tales in history, from the Chartists to the Suffragettes to Mandela. Yet most democratic countries, even very old democracies, are suffering from a malaise. Democratic governments have a major credibility problem in their relationship with their citizens; some political leaders even have approval ratings in single figures. Cynicism is endemic and electoral turnout is low. Citizens also will vote for negative reasons instead of positive; they’ll vote in order to keep somebody they don’t like out of office, rather than to elect somebody they do like. Democratic countries today are ruled by some of the most loathsome people imaginable and, despite the fact that nominally we can “choose our leaders”, these kinds of people always rise to the top and nobody seems to know why, let alone how to stop them. This malaise is growing and the House of Cards trilogy is a satirical illustration of that malaise.

This trilogy of novels has been adapted into two TV series, the best known one is American, however the story is set in the United Kingdom and so this review is of the BBC production based on the novels. The books were written by Michael Dobbs, a former Member of Parliament who has seen the political world from the inside and so his insight holds some validity. The plot follows the political career of Francis Urquhart MP who is the Conservative chief whip in the near future, relative to the time of writing, just after the resignation of Margaret Thatcher; this shows remarkable foresight on Dobbs’ part. It also reveals that what becomes public in politics is often brewing in secret a long time beforehand. Urquhart’s job as the chief whip is to try and maintain loyalty to the party among the MP’s in government and this puts him in a position to know a lot of the secrets of his charges. Urquhart is brilliantly played by Ian Richardson. He won a BAFTA for his performance and I think he is one of only two actors who could play that character; the other being Christopher Lee. Urquhart has ambitions to become Prime Minister and he uses the insider information he has on his political rivals to blackmail and discredit them, and in doing so he worms his way to power. At first these machinations are quite light-hearted; he addresses the audience with monologues about his personal feelings. Later on though it becomes clear that there is no level he won’t stoop to in his quest. By the end of the first series he’s murdered two people. He poisons the party’s press secretary and throws a young journalist off a roof garden. By the end of the second series he kills two more people by planting bombs in their cars and blaming the IRA, a satisfying reference to a false flag attack. He justifies it to himself by saying it’s “necessary for the country”. It came as no surprise to me when it revealed that his favourite book is The Prince by Niccolo Machiavelli. He is extremely clever, an evil genius, and he can always tell intuitively when people are lying to him. Eventually he achieves his goal and becomes Prime Minister and is nicknamed “F.U.” which is appropriate because it sums up his attitude to the people. He finds an unexpected challenge when a new king is crowned and the monarch is a kind and caring man who is openly hostile to Urquhart’s government. As always, the PM digs up some dirt on the king and turns it into a weapon to fight him. Several times the viewer is given hope that F.U. is about to get his comeuppance, and again and again he thwarts his enemies. It takes a long time before justice is done. One of the most instrumental characters is Corder, Urquhart’s bodyguard, who pays an overtly background role. Rather like Brutus in Shakespeare’s Julius Caesar, in the end is the crucial lynchpin in the downfall of the emperor. There are some admirable people involved in the programme, like the king, Urquhart’s secretary Clare Carlson, and Tom Makepeace who is sacked as foreign secretary by F.U. and so works with Carlson and others to bring him down.
After watching the trilogy, you might wonder why there is anything of interest within in from a HPANWO-esque perspective. The only conspiracies are ones feasible from a mainstream standpoint, no hidden hand, no Freemasonic influence and no sign of Illuminati control. The series shows a distinct lack of conspiratorial awareness. This is not to say that the plot specifically precludes those things, just that it appears oblivious to the possibility. Nevertheless I think House of Cards and its sequels are revealing about how dysfunctional and corrupt a government can become due to the moral decrepitude of those involved. Urquhart himself is a merciless and deeply cunning individual. He lies effortlessly and manipulates people as easily as he breathes. His victims in the House are themselves almost as bad: selfish, shady, weak, amoral, materialistic and foolish, culminating in the repugnant Geoffrey Booza-Pitt, Urquhart’s most loyal minister. They prostitute their own wives, step on their own allies for the promise of a knighthood and cower before Urquhart the moment he threatens to take away their position. The image the story gives us of the world inside politics is like Yes Minister without the laughs, a dark and confusing maelstrom of degeneracy and deceit. In such an environment any kind of conspiracy is possible.
The series is available on YouTube at the time of writing:
House of Cards episodes:
1 https://www.youtube.com/watch?v=-SU5Y_KAg18.
2 https://www.youtube.com/watch?v=Al3e9xZyYGs.
3 https://www.youtube.com/watch?v=0zZg0tMEsxk.
4 https://www.youtube.com/watch?v=CGM6KWkUcRc.
To Play the King episodes:
1 https://www.youtube.com/watch?v=wU_oPQv7Or8.
2 https://www.youtube.com/watch?v=HAN2gEZV8jY.
3 https://www.youtube.com/watch?v=R-EpJ5KwE7w.
4 https://www.youtube.com/watch?v=RKo5lOsZ5fY.
The Final Cut episodes:
1 https://www.youtube.com/watch?v=fGfHWv5Gq0E.
2 https://www.youtube.com/watch?v=p63q_4pNS7A.
3 https://www.youtube.com/watch?v=2fhnRSLaVeI.
4 https://www.youtube.com/watch?v=NqnGZzD2EuI.
Posted by Ben Emlyn-Jones at 12:49

Brilliant classic series. Thank you for posting! The grotesqueness and reality of what is 'politics' in all it's nakedness. The scene where a bomb goes off 'Its not one of ours prime minister'.

It really is revealing isn't it, X. Recommend it to your friends before the next election!