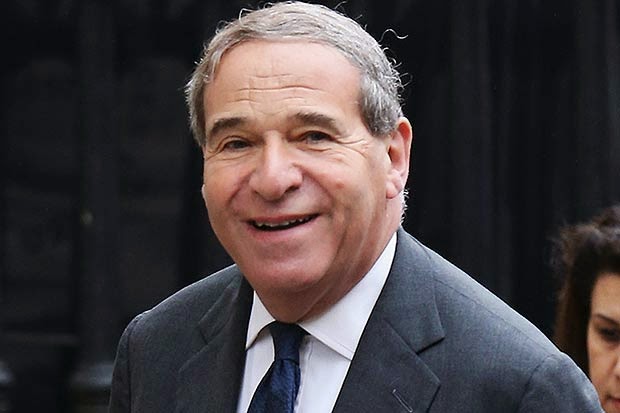 A dossier on alleged paedophile activities in Parliament has come to light. It was supposedly in the possession of Leon Lord Brittan, who used to be the Home Secretary under Margaret Thatcher, and he had it since 1984 when it was handed to him by Geoffrey Dickens MP. Apparently now, thirty years later, it is "missing"; this is after he vacillated on whether he could even remember whether the dossier existed. This is extremely suspicious and Labour MP Keith Vaz has called for a public inquiry on this loss of information on "an industrial scale", see: http://www.bbc.co.uk/news/uk-politics-28182373. As always, if the parties in office and Opposition were reversed Vaz would no doubt be dithering as much as Brittan is. What could be in those files that Brittan is so keen to avoid the people seeing? Well, the rumour states that it refers to a ring of organized abusers of young boys in care homes, perhaps connected to the secret crimes of the vicious Liberal MP Cyril Smith, see: http://www.theguardian.com/politics/2013/feb/26/liberals-cyril-smith-abuse-allegations. Perhaps Smith was no more a "bad apple" than I suspect Rolf Harris is, see: http://hpanwo-voice.blogspot.co.uk/2014/07/how-many-more-rolf.html, and that there was, and maybe still is, a developed paedophile ring in the . The truth is, if Brittan overlooked... either accidentally or on purpose... the evidence in this dossier then he guilty of betrayal and disregard for his office, at best. At worse he is aiding and abetting the most horrific crimes imaginable. Norman Tebbit has commented on the Andrew Marr show, see source link above, and confesses that in those days Parliament always prioritized "protecting the system" at all costs and that there could well have been a cover-up. Michael Gove MP, after trying to dodge the question by umming and ahhing with enormous skill, has rejected calls for a public inquiry. What's interesting is it has just been revealed that a woman has come forward claiming to have been raped in 1967 and that the police have questioned Lord Brittan about it, see: http://www.bbc.co.uk/news/uk-28181045. Is this just coincidence? Could this be a veiled warning to Brittan? Has he said the wrong things and needs to be brought back into line? Perhaps he is keeping schtum about a lot more detail and needs to be reminded not to change that stance. Or perhaps this is a threat directed at other MP's who have information and are thinking of speaking out?
Posted by Ben Emlyn-Jones at 16:39

Interesting, Anon. Thanks. Do you suspect foul play in Dickins' death.

Honestly, when will Joe public put 2 and 2 together Ben?
So, we have Thatcher's Home Secretary, Brittan, either turning a 'blind eye' to a dossier naming establishment paedophiles, or simply binning it/making sure it was binned. We know Thatcher happily employed a known pederast (Peter Morrison, as outed by Edwina Currie in her autobiography in 2012)and entertained Savile himself every Christmas. We now have Tebbit openly admitting that nobody would have dared 'rock the boat' in 'those days', implying that things are much different now. Thatcher also likely fixed it for Savile to get his gong from Her Maj just as Savile fixed it for Ted Heath to visit Haut de la Gaurenne, Peter Sutcliffe to meet Frank Bruno, Rolf Harris to visit Broadmoor and who knows what else? Nick Clegg, a protege of Brittan's, who refused to take matters any further re investigation and exposure of Sir Cyril Smith says today he is 'revolted' by the Westminster abuse claims and calls upon the police to deliver 'more answers'. Yet, when confronted face-to-face recently in Westminster by Bill Maloney posing similar questions, he turned tail and ran.
I sincerely hope that the establishment are currently up all night devising ways to re-frame this whole sordid debacle in the minds of the great un-washed. Truth is, it'll be too little, too late. I seriously think that too many questions remain unanswered, and that MP's such as Tom Watson, following in the footsteps of Geoffrey Dickens, will not and cannot be silenced.