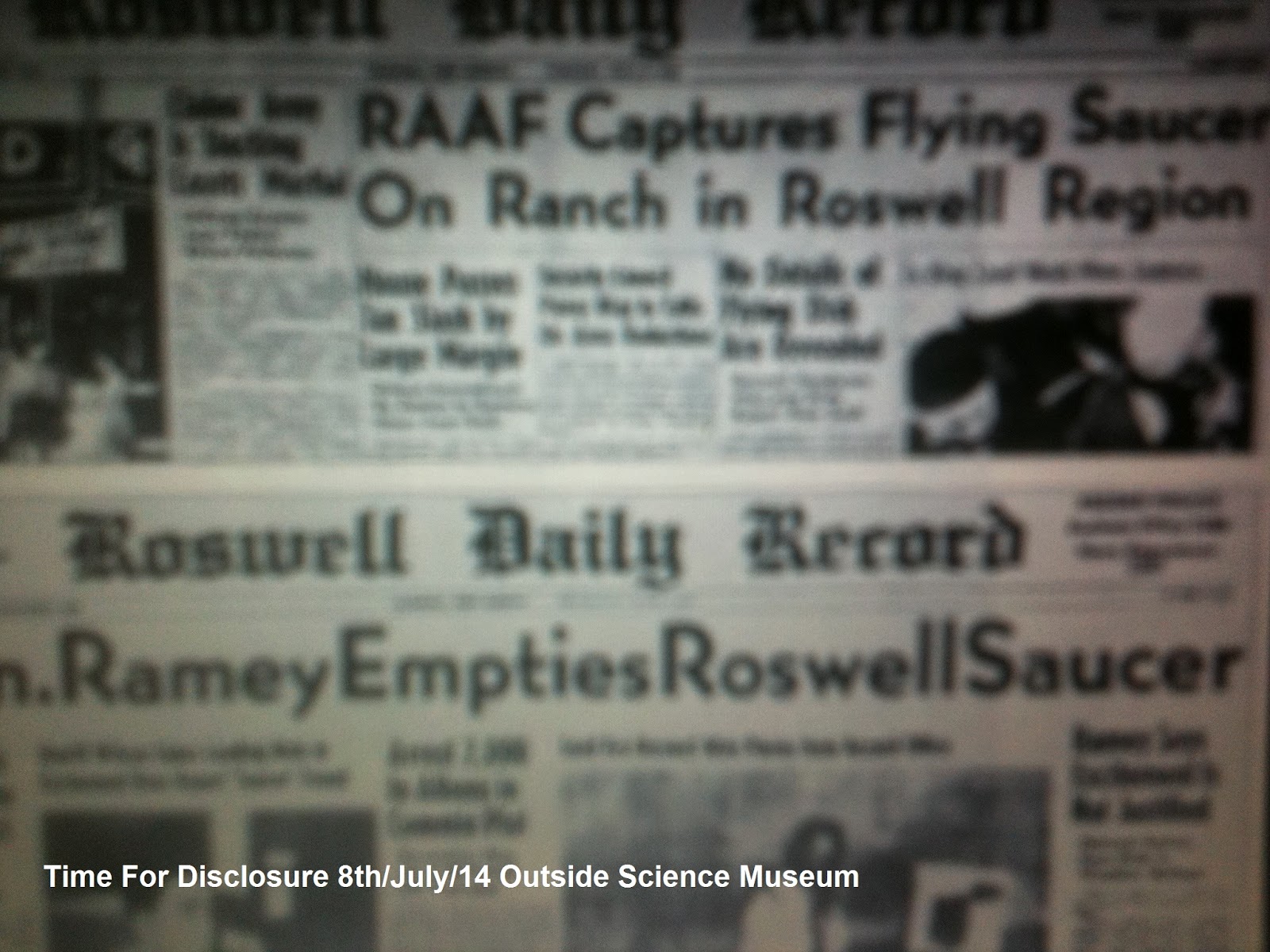 Happy World Disclosure Day everybody! It was sixty-seven years ago today that the decision was made to quash all media coverage of the Roswell Incident. On a strange flying object came to grief on a remote ranch near . It was quickly salvaged by the Roswell Army Air Force. The announcement was made in the media that they had "captured a flying disk". However on July the 8th General Roger Ramey called a press conference at where he changed the official position of the Roswell Incident saying that there was no strange object; all that had been found was a weather balloon. This marks the beginning of the sixty-seven year "truth embargo" relating to the existence of UFO's and aliens beings. The moment Disclosure takes place the date of World Disclosure Day will switch to the date on which it happens and it will be celebrated thus every year afterwards, see: http://www.paradigmresearchgroup.org/WDD_Registration.htm.

As I've been writing about for the last few weeks, some friends and I are organizing an activism event in central to mark World Disclosure Day called Time for Disclosure. Please do come along and attend this event if you can. If you live close by and are reading this in the morning then there's still time for you to get there. See here for more details: http://hpanwo-voice.blogspot.co.uk/2014/05/time-for-disclosure-july-8th.html. Below are the placards we're going to use. Well done to Heidi for getting the main large one made up. I've also designed two mini-placards by sticking A4 printouts on some used bubblewrap envelopes. It was Heidi's idea to include Nikola Tesla; he is not a figure in Exopolitics, but he is still connected to the issue through the free energy coverup: 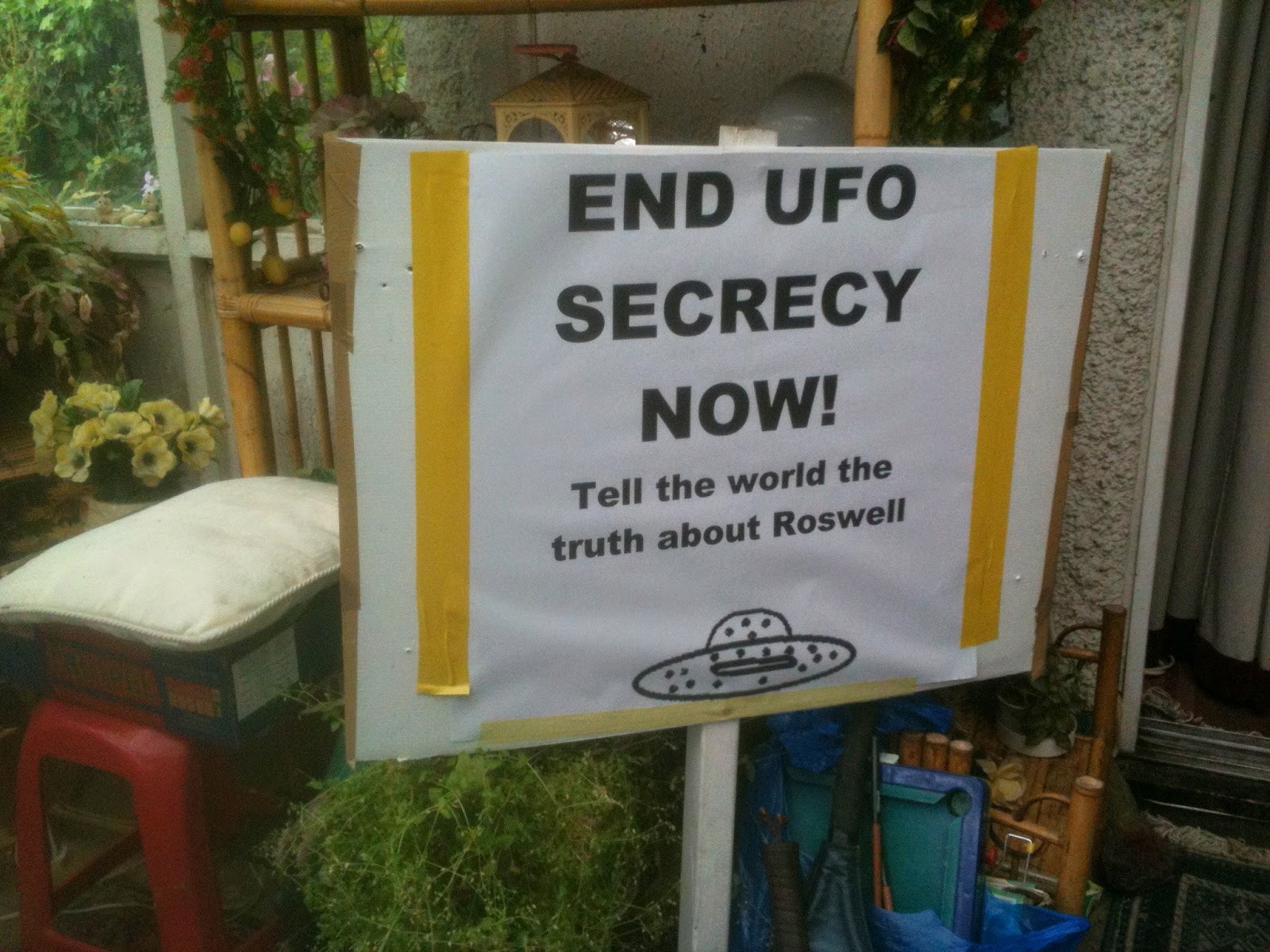 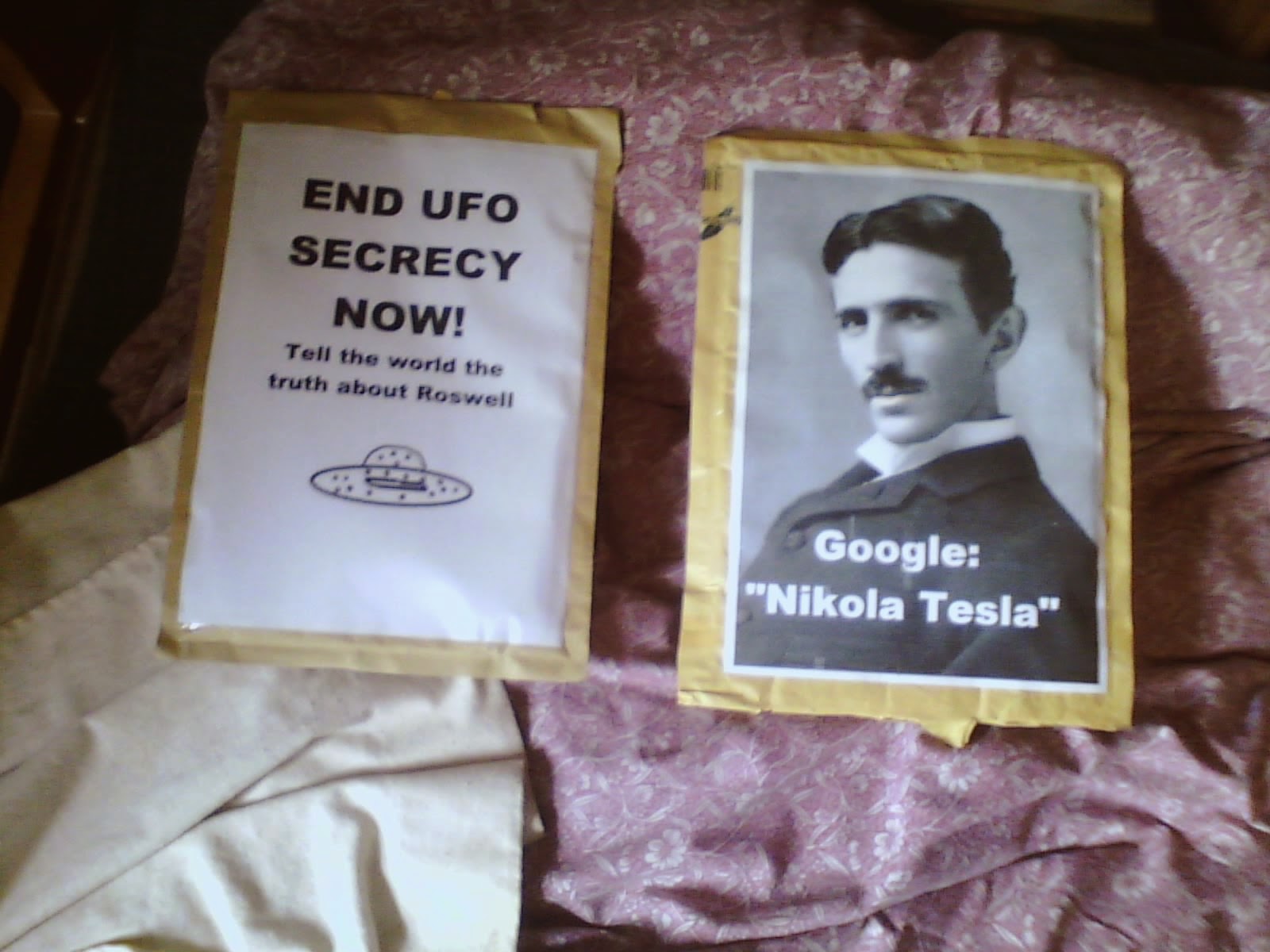