Did Thatcher cover it Up? 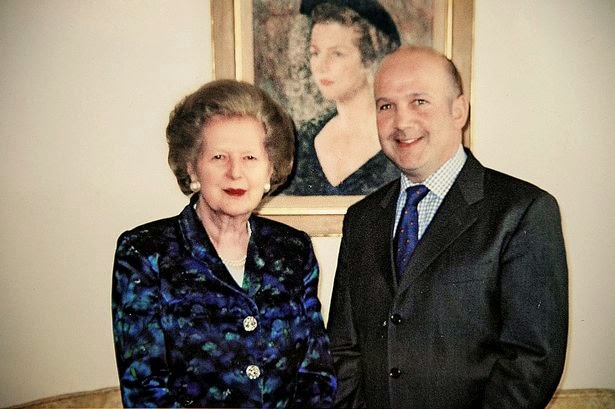 A short time ago I wrote about how a former Home Secretary, Leon Brittan, knew something about organized child abuse going on in the Houses of Parliament, see: http://hpanwo-voice.blogspot.co.uk/2014/07/brittan-warned.html. Now another former official has come forward with fresh allegations. Anthony Gilberthorpe was a youth activist in the Conservative Party who met Margaret Thatcher several times and even made her a birthday cake in 1983. In 1989, shortly before she was deposed as Prime Minister, he also handed her a dossier alleging that senior members of her Cabinet had sexually abused young boys at parties. This was also a confession because Gilberthorpe admits that he was a procurer whose job it was to recruit the boys, aged fifteen or sixteen, into servicing the ministers and secretaries in this way. Several people were nominated individually as being involved including Education Secretary Keith Joseph and Sir Rhodes Boyson; ironically they were two of the most right-wing MP's in the house who constantly preached the need for "discipline in schools" and "family values" in society. At the moment is carrying out its own inquiry into its personal wrongdoings, seeing as Michael Gove has firmly ruled out a public inquiry. This is being run by a former High Court Judge Baroness Elizabeth Butler-Sloss, however she is the sister of former Lord Chancellor Michael Havers one of the men accused; this makes the UK Government's "self-inquiry" an even bigger joke than it should already be. If Gilberthorpe is right then the cover-up went, and maybe still does, right up to the highest office in the land, that of Prime Minister Margaret Thatcher, the "Iron Lady", the "believer in freedom", the portrait of traditionalist British virtue. Do we need any more proof of how extreme the brutality, hypocrisy and corruption of Government is? I recommend watching Michael Dobbs' House of Cards trilogy, or reading the books; it satirizes Parliament from a man who has seen it from the inside; and even this is pretty mild compared to the whole truth, see: http://hpanwo-voice.blogspot.co.uk/2014/07/house-of-cards.html.
Source: http://www.mirror.co.uk/news/uk-news/tory-child-abuse-whistleblower-margaret-3849172#ixzz37NYNy3ve.
Posted by Ben Emlyn-Jones at 21:50