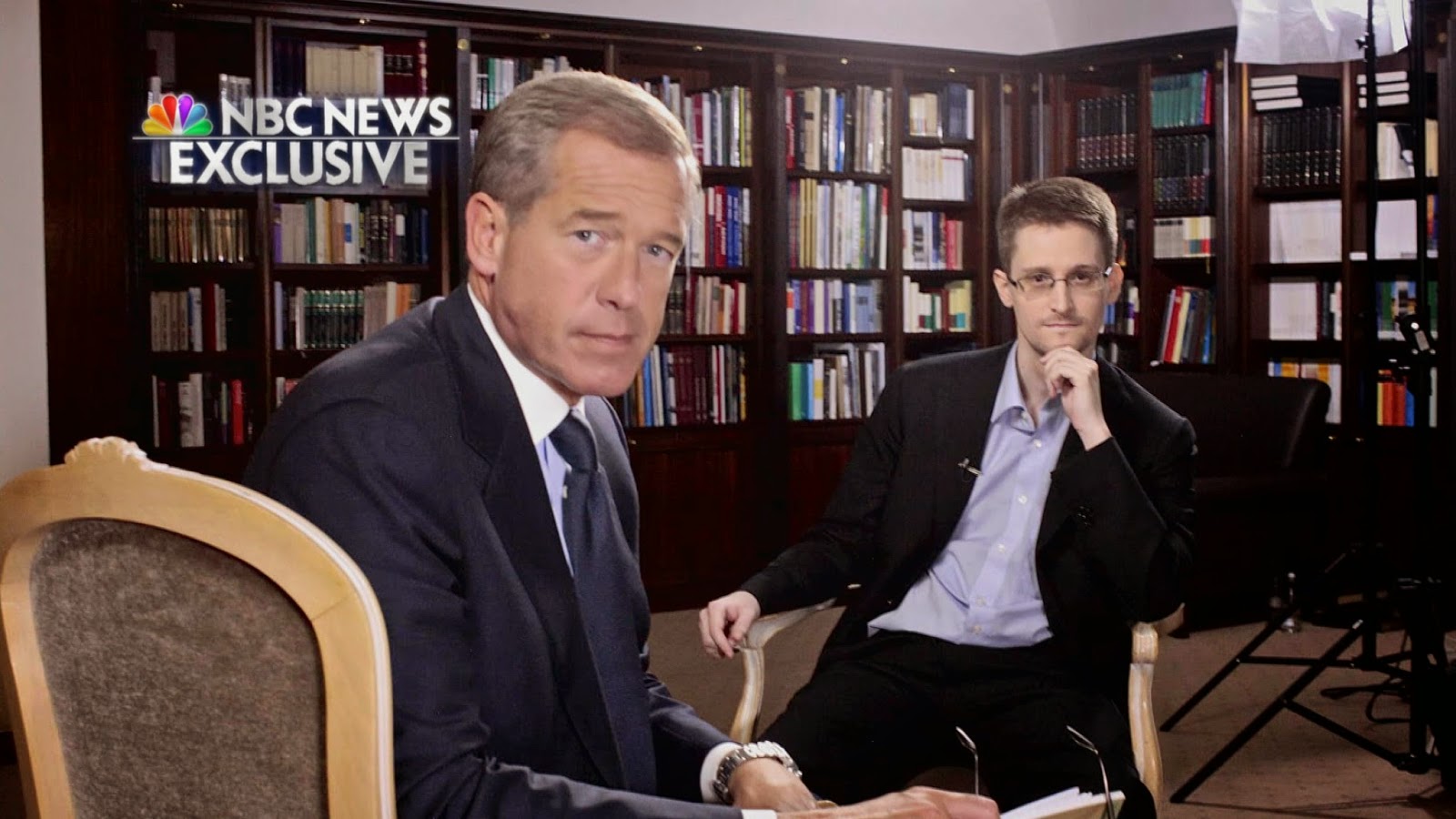 The renegade NSA whistleblower Edward Snowden has recorded a TV interview with NBC's Brian Williams. The filming took place at a secret location in where Snowden is currently living under political asylum. The hour-long interview is going to be broadcast on Wednesday at 10 PM US Eastern Standard Time, that's 3 o'clock in the morning on Thursday British Summer Time. Interest in the upcoming programme is immense and viewing figures will no doubt be astronomical. Not only is this Snowden's first ever American TV interview, but also we don't yet know what the subjects and content of the discussion are. NBC are keeping the tapes strictly private and confidential until the interview goes to air. Could this programme contain something truly earth-shattering? Maybe he'll tell us all about this: http://hpanwo-voice.blogspot.co.uk/2014/01/edward-snowden-ufo-disclosure.html. Unlikely; as I explain in the article, that theory is probably nonsense and the revelations in the upcoming interview will probably not be quite that extraordinary. However Snowden may divulge some secrets he's been keeping tucked up his sleeve till now. He's an intelligent man who knows he mustn't play all his best cards in one go. It's possible as well that he's using a dead man's trigger over his cache. This means he will have distributed some of his most secret files to a number of people in secure locations along with the instructions: "If anything happens to me, publish them!" The authorities therefore have a good incentive for letting him stay alive. I find it hard to believe that the interview tapes would not be vetted at all by government censors. NBC News is a part of the NBC Universal media network whose president is Steve Burke, a member of the Phi Beta Kappa fraternity and former chief executive with Walt Disney. Major media corporations are all run by people under the control of the authorities. Nevertheless the possibility remains that somehow something will be said on this programme that was not intended. For this reason alone I will probably stay up and watch it, or set my alarm to make sure I wake up for it. Pity it's at such an inconvenient time for people in my time zone. I'll also have a recorder at the ready to capture the live stream... it may be the only chance we'll ever get to see it.
Source: http://www.engadget.com/2014/05/22/edward-snowden-nbc-university/.
Posted by Ben Emlyn-Jones at 16:45

Remember we're currently in BST so it'll be 4am in the UK.

I guess that makes it a 'set the alarm' job.

According to World Clock it is 3 AM. But I wrote Greenwich Mean Time in the article. Will correct that now.

There's been a lot of speculation that he's a triple agent. Some interesting analysis here:

Damn! I fell asleep and missed it!

Triple!? Why not quadruple!?