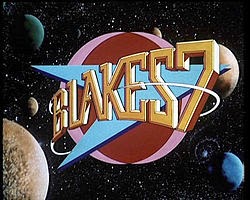 I'm delighted to announce that Blakes 7 is currently available for free on YouTube. All forty-seven episodes can be watched on this channel: https://www.youtube.com/channel/UCww62Q1B2hR7RWfSIV4TjyA. I remember seeing this serial on TV as a small child when I was far too young to comprehend it, but now I understand that it contains themes which the HPANWO-reader will definitely appreciate; in fact the series covers more of variety of them than any other single programme or film I've ever seen. Here I review all four seasons episode by episode: http://hpanwo.blogspot.co.uk/2007/10/blakes-7.html. A few months ago it was revealed that a new series of Blakes 7 is going to be produced, over thirty years since the original one ended, see: http://hpanwo-voice.blogspot.co.uk/2013/09/blakes-7-remake.html. That's going to be a tough task and I wonder if it can possibly match up to the original; if they get in any way close it will be a job well done. Science fiction fans tend to be very conservative and sentimental, and I am no exception. "Remastered" programmes with improved special effects etc leave me cold. They are almost always angrily rejected by aficionadoes who consider the artistic creations they love to be hallowed ground and not there for fiddling with by TV company marketers; we've seen this backlash with the Star Wars and Red Dwarf remastered releases. Blakes 7 was always famous for its homespun special effects which were crude even for the era it was made. But, as I've said, if you have a good storyline, with good characters and a good script then you don’t need fancy special effects. Conversely if you have a crap storyline with shallow characters and a lame script then big-budget SFX won’t save it; Independence Day comes to mind. If you're like me, you'll be relieved to know that the YouTube edition of Blakes 7 has posted the entire original content untouched. I'm glad. I'd never have forgiven them if they took away our spaceships on strings!
Posted by Ben Emlyn-Jones at 17:00