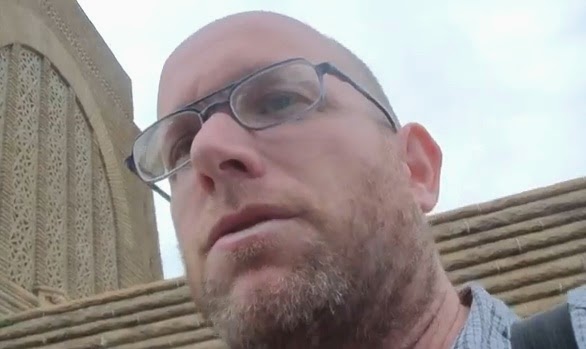 Andy Nowicki is an author and journalist who has recently got into trouble at work in a situation that is uncannily similar to my own experience at my hospital, see here for background: http://hpanwo-hpwa.blogspot.co.uk/2013/01/one-year-on.html. I don’t know what his job is, but he is some kind of teacher; he describes what happened in these two links: http://alternative-right.blogspot.co.uk/2014/04/the-antifa-come-acallin.html and: https://www.youtube.com/watch?v=BFoyRMAkVOo. Some people who dare to call themselves “anti-fascists”, while behaving like fascists themselves, made a series of phone calls to his colleagues informing them of his activities. Andy is co-editor of the website Alternative Right, see: http://alternative-right.blogspot.co.uk/. You may not agree with what he stands for; I myself do not share many of his views, but the way in which he has been harassed for expressing his opinions is tantamount to a thoughtcrime. This is unacceptable for anybody. Luckily it appears his livelihood is not in danger, but you can bet his attackers would have him sacked if they could; they’re the same kind of people who threw meringue and custard pies at David Icke in Canada in 2000, see:  http://www.youtube.com/watch?v=P2ypYcZ7qfw. You can see in the video that Andy is deeply upset by this very cowardly and underhand assault against him.

Along with his articles, Andy Nowicki has also written several novels like Columbine Pilgrim and Heart Killer. His short story Oswald Takes Aim is an alternative history set in a world in which the Kennedy Assassination never happened. His style is dark and melancholy, sometimes it’s shocking, but I find him intelligently rueful and self-reflective. He’s also written some magnificently brutal critiques of feminism and political correctness on the website which I very much endorse. What’s more he makes the correct point that racism can sometimes be directed at white people, but in which case is not taken as seriously by society; perhaps that’s an understatement. I differ from him in many ways; I don’t identify with being a white person at all, unless my race being used as a motive to harm me or others. Also I think I’m more concerned than he is by racism of the conventional kind, acts of injustice and oppression against non-white people. You might decide that he’s a racist or fascist, but I think Andy has a good heart; he’s just a complex and world-weary man. Actually even if I didn’t think that I would still say that he has the right to free speech and anybody who tries to attack him personally or professionally in this way for his beliefs is an enemy of freedom. If you think Andy is wrong, or even immoral, then explain why; don’t try to silence him and ruin him.
Posted by Ben Emlyn-Jones at 13:29

This chap is lucky he doesn't get put in a mental hospital or have his children taken.
My teenage son has been banged up in a mental hospital for two years now and he has never been violent or aggressive. He merely has his own opinions based on the deep research he used to do.
Guilt by association - this resulted in our baby son being taken and a two year on-going legal battle to get him back. Social service reports even admitted that because of our views, 'it painted a concerning picture for the return of our children.' I was so extreme, I had stood for election for the Green Party on environmental and liberty issues and had supported a peaceful animal rights group.
Any reader beware - when the Berlin Wall fell, the Stasi didn't disappear - they just moved West.

Very true, Unknown, in fact the Stasi was operating in the West before the Wall came down. We had a policeman lose his job because he spoke out about 9/11 and a vicar in Canada defrocked over "complaints" when he found out the Indian's children were being murdered in schools. Unorthodox viewpoints are not a good career move, people.