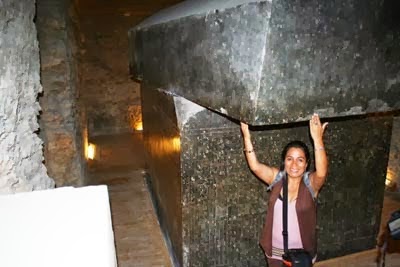 A lot has been happening in lately. A new royal tomb has been discovered in the , called KV40 it contains the remains of previously unknown members of the family of the pharaohs Thutmose IV and Amenhotep III. Sadly the site was damaged by grave robbers in the 19th century, but it's still an amazing find. There have been other revelations though, which have been less well-publicized. These are actually far more groundbreaking and this makes me suspicious as to the timing of the news story related to KV40. Was it intended to upstage this news story: http://worldtruth.tv/scientists-speechless-at-what-they-find-beneath-egypt/? The Serapeum of Egypt was discovered in 1850, but in the last few months reports are coming out about the huge stone sarcophaguses buried deep underground there. These are far larger than those the Egyptians made for human graves. They are supposed to be for bulls which an early Egyptian religious practice regarded as sacred, but as with the stone box in the King's Chamber of the Great Pyramid, there's no evidence that any bull bodies were placed in them. These boxes are made of granite brought all the way from , five hundred miles away. This would have been a huge effort for the technology available in Ancient Egypt. The boxes are aligned to the points of the compass, like the Pyramids, and their engineering is extraordinarily precise. Their real purpose is unknown.

At around the same time Live Science published an article with the prodigal title: "Solved! How Ancient Egyptians Moved Massive Pyramid Stones.", see: http://www.livescience.com/45285-how-egyptians-moved-pyramid-stones.html. So question no longer, readers! The above mural was found in the tomb of the Pharaoh Djehutihotep and it shows a large statue being dragged along on a sand sled with a man standing on the front of the vehicle apparently pouring water onto the ground ahead of it. Some researchers at the did some experiments and found that mixing water with sand acts like a lubricant; it makes an object slide more easily across it. Therefore they concluded that the builders of the Pyramids must have used this method to ship large stones around while constructing the Pyramids and other large monuments. This matter was brought up on the Mind Set Podcast a few weeks ago, see: http://hpanwo-radio.blogspot.co.uk/2014/05/ben-emlyn-jones-on-mind-set-podcast-50.html. The problem with this theory is that moving forty ton stone blocks around means crossing the desert where water is in short supply. The guys dragging the sled along would need lots of it, how much would be spare to wet the sand underneath the sled? All the water in Ancient Egypt came from just one source, the River Nile. Water would have to have been carried from the to the sled's route on foot or by donkey and camel. To make the sand wet enough you'd need an awful lot of water. The scientists give the example of building a sandcastle on the beach, but in this case the sand is made wet by the sea. Try building a sandcastle above the high tide mark and wet the sand by carrying water to it from the sea at low tide! And how much of that water would evapourate on the hot desert sand before the sled had a chance to ride over it? There are many practical problems with this theory that the study does not consider. 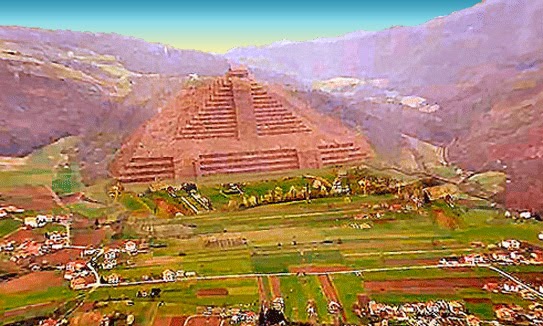 Yet more pyramid peculiarity has emerged in this strange week of Egyptian enigmas... only this next one is not in and might not be related to it; it's in . Richard D Hall has interviewed a man who makes an extraordinary claim, that he discovered an underground pyramid at the near in Monmouthshire. Dennis Nash was a building labourer working on the foundations of a new housing estate in 1967 or 1968 when he and his colleagues came across a huge slab of solid lead covered in strange markings that looked like Egyptian hieroglyphics, see: http://www.richplanet.net/starship_main.php?ref=174&part=1. The slab lay on the apex of a pyramidal structure buried beneath the ground and local historian and archaeologist Rev. Anthony Williams has been investigating the case. Nash describes it as enormous, like "an underground mountain". The men were short of money so they sold the lead as scrap, but the rest of the structure remains beneath the ground; today it is covered by a roundabout junction. Is this a monument built by visiting ancient Egyptians or could it be the work of another unknown culture that lived in long ago before history began? The questions are coming at us from all angles in rapid succession. We must not believe the hype and distractions, and we must drive on through until we find the answers.
Posted by Ben Emlyn-Jones at 18:48

Thanks, Armand. Much more to come.