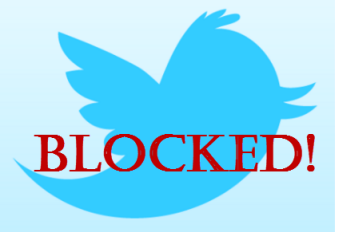 There's a dark atmosphere hanging over the conspiratorial/UFO/paranormal community at the moment. It appears to be splitting into different hostile factions and everybody is expected to take a side... or else! The internal politics of the Truth movement has created Facebook threads which are hundreds of comments long; writing them must be taking up an enormous amount of time for those involved. The proponents and opponents will both dredge up reams of supposed evidence to justify their position. There are even some people who dedicate themselves wholly to this quest; they appear to be the self-appointed policemen of the Truth movement. I've even listened to two-hour radio broadcasts about no other subject than who in the community is, and is not, an agent. Working for the government to damage the Truth movement is an accusation that gets tossed around like a volleyball. I was speaking to a friend of mine a few days ago who shares my views on Hollie Greig, see: http://hpanwo-voice.blogspot.co.uk/2013/02/hollie-greig-hoax-group-at-inspired-by.html, but on the subject of the HG Hoax team which exposed this scam he added: "Oh they're dodgy too, dodgy as hell!" So who is not dodgy? Who can we trust? Not me that's for sure! See: http://hpanwo-tv.blogspot.co.uk/2012/10/ben-is-shill.html (the creator of that webpage has changed my entry) I'm also apparently a video pirate, see: http://hpanwo-voice.blogspot.co.uk/2014/02/miragemengate.html and a 9/11 disinfo agent, see: http://hpanwo-voice.blogspot.co.uk/2013/09/the-911-civil-war.html. Also on Facebook I've been attacked for allegedly supporting the fake story of the Rendlesham Forest Incident and deleting somebody's comments; both these are due to simple misunderstandings, but the accusations against me were made before the accusers even attempted to verify their gripe. It's not possible to even mention David Icke or any TV programme on The People's Voice without a dozen comments instantly appearing under your post: "David Icke is working for the Rothschilds!"... "TPV is controlled by MI5!"... "YOU must be a shill too if you enjoy watching that shit!" etc etc. The same goes for whistle-blowers like Edward Snowden and Karen Hudes. Some people have totally made up their minds that these people are not what they seem. And you have to agree with them! If you dissent in any way... or even dare to listen to what Snowden and Hudes have to say... then you're the enemy too! In the last few days I've been saddened to read an argument between two well-known personalities in UFO investigation both of whom are close friends, people I admire and I think do excellent work.

The sad irony is that in some cases these paranoiacs might be right. Governments do attempt to infiltrate and control their own opposition, and we must be on our guard against that; but could any real shill ever hope to sow as much discord and malevolence as has emerged due to all this internecine suspicion and contempt? I get the feeling for some people it is pure ego; they actually enjoy meaningless bickering with their peers. I do not. What's more, when I look up and see chemtrails in the sky, receive bedroom tax statements and think of the suffering and destruction going in the world, I wonder why so many people don't understand that there are more important matters to attend to. Perhaps an obsessive focus on "who-is-and-isn't-a-shill" would make a good epic multi-volume bestseller in the bookshops of the post-Illuminati world, but let's get to that world first! Several issues have come up lately that have caused me to lose friends; one of these took place yesterday when I posted this article: http://hpanwo-voice.blogspot.co.uk/2014/05/elliot-rodger-mind-controlled.html. My former friend is somebody I've known for many years, although we only talk to each other occasionally; I'll call her "Katie". Katie is not really conspiratorially aware but she does occasionally attend conspiracy/UFO/paranormal events in her role as a freelance journalist. She describes herself as a "post-feminist"; I don't know what the "post" bit means, but she definitely objects to what I've been saying about feminism. Katie and I clashed a few weeks ago because I disagreed with her when she lamented that a man was found innocent of rape. I wasn't angry or abusive, I just said this: "Well it's possible he actually is not guilty. I know it's very un-PC to suggest that, but it does happen." She replied: "I'm not saying he's guilty but along with all the other trials with not guilty verdicts it will send a message to rape victims". I then said: "But it will also send a message to men saying that we have rights too. I very much endorse that." Rather than try to debate the subject she ended the conversation with: "Oh, do fuck off Ben with your men's rights crap". This was predictable actually; an experienced feminist will never try to debate her (or his) position because they know it is indefensible. Feminism endures through total non-discussion and the demonization of those who question it. On the subject of Elliot Rodger she posted yesterday how it was "a bad week to be a woman" with, among other things, a man shooting women dead because girls didn't fancy him. I could not let this go unanswered; after all if she posts an opinion on the World Wide Web she ought to expect other people's opinions about what she said. I posted: "Any attempt to connect Elliot Rodger's crime to women's rights in general is misandrist rapemongering!" These are harsh words, but I think they're valid. It's not only insulting to suggest Rodger's actions have any bearing on natural male behaviour towards women, but it's a dangerous falsehood that could lead to injustice and abuse of men. Katie's reply was short and straightforward: "@Porterhood blocking you", and she did. The fact of the matter is that nobody can avoid these experiences, not without maintaining a mouse-like subservience and fawning universal accord. As I said above, I'm not the kind of person who thrives on disputes with others and I don't go out of my way to generate them so it takes effort from me to stand my ground in situations like this. But it's a duty I have to carry out. I realize now that losing my friendship with Katie and all those others is a price I have to pay, and if necessary I will pay it. I deeply distrust the ubiquitous fence-sitter, the friend to all. I'd hate myself if I became one. One of the truest sayings I can think of is "a friend to all is a friend to none". So goodbye, Katie, and good riddance. I apologize not and I regret nothing.
Posted by Ben Emlyn-Jones at 09:47

Don't confuse feminism as a whole (equal rights for women) with the various schools of thought within it.

Interesting post HPANWO. There are many such people who seem to subvert and be cynical about everything, but, cynicism is an energy but it must be directed to the innermost core of ourself and not just subjective evidencing that is conditioned. The 'Truth' is egoless for it is beyond (the duality of) subject and object yet there are many who have made up their 'minds' definitely, but truth is beyond wrong or right, it is free from discrimination for it is beyond limited consciousness.It is without compare for it is beyond all relativities. In order for the 'Truth' movement as an external manifestation of shared illumination intellectually and being able to transcend this knowledge with practical, critical development we must realize the underlying nature (of all things) is independent of subjective-objective tribalism which is what is helping the government agenda that plays duality like the pied piper of which many seem to be ignoring. Agents, friends etc can become interchangeable, just be wise and self aware so we may move with and see circumstances for what they are, compassionately seeking to help others to see behind what can be seen which is impossible to discern with animosity.

I don't, Trystan, as I explain carefully. See:

That's interesting, Xylomet. I like Robert Anton Wilson's idea of the "catma". I have a lot of catmas! The problem is a lot of the "Truth" movement operates at quite an ignorant level. What really shocked me was the hate campaign against Charlie Veitch. I agree that Veitch made a mistake and it has led him into a falsehood... but he doesn't deserve death threats and obscene abuse.