Is there an Afterlife? 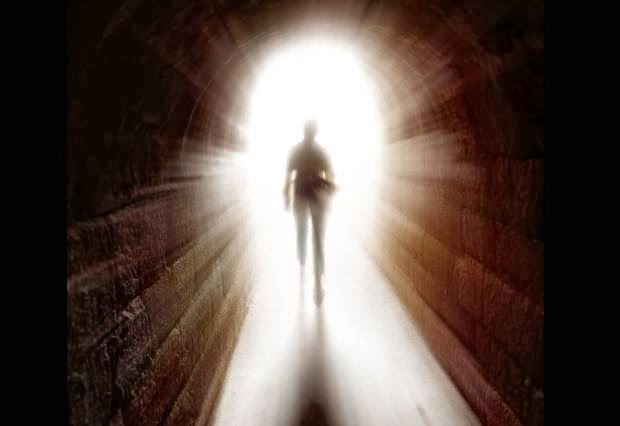 One of the oldest and most perennial questions ever posed is: What happens to us after we die? Do we just disappear or is there some other world where we go to. Records of philosophers discussing this question date back to the beginning of history and it was no doubt a popular topic to be wrangled around a late night prehistoric campfire. Now Prof. Robert Lanza, a research physician at the in , , thinks he knows the answer, and oddly enough the answer is "yes", see: http://www.independent.co.uk/news/science/is-there-an-afterlife-the-science-of-biocentrism-can-prove-there-is-claims-professor-robert-lanza-8942558.html. This conclusion comes from his own theory which he calls "Biocentrism". Reading through the article the first thing that strikes me is that the concept is one I'm reasonably familiar with only I've never heard it called that name before. Fundamentally it means that the universe is not what it appears to be at first glance, a material object that conscious being live in; but it is rather formed by a direct mental projection of those conscious beings. Experimental science is more and more supporting that idea with tests like the double-slit experiment, see: https://www.youtube.com/watch?v=DfPeprQ7oGc. The implications of the experiment are that objective reality changes depending on its perception by consciousness. This earth-shattering revelation means that the universe simply cannot be independently material and objective. Regular HPANWO-readers will be familiar Anthony Peake who has his own ideas regarding this subject, see: http://hpanwo-voice.blogspot.co.uk/2013/11/consciousness-beyond-individual.html. In such a universe, says Lanza, death simply cannot occur because there is no objective universe for you to die in. To claim otherwise is rather like assuming that the transmitters that broadcast a television signal stop broadcasting the moment your TV set breaks down. Death is simply how we decode a change in the projection of reality, both for ourselves and others.

This is really important news. Death is the central focus of life; survival instincts are about avoiding it, grief is sadness when it happens to somebody else whom you love. Fear of death can ruin a person's life; if you're religious you may believe you're bound for Hell, if you're an atheist you may dread the ultimate and eternal oblivion after your brain stops functioning and your consciousness ceases forever. This news would change all that. Atheo-Skeptics like Richard Dawkins disagree, claiming that awareness that we have "just one life and then that's it", increases its preciousness. I've never understood why he thinks that, see: http://www.youtube.com/watch?v=kqOKgCuYaVA. So why is this information not common knowledge? Well, I think there are distinct political reasons for that; this is a big subject that I've never covered properly, and I'll have to examine it in more detail in the future; but I touch upon it at the end of this article, see: http://hpanwo.blogspot.co.uk/2013/05/helen-duncan.html. As I've said many times before, sometimes in jest, the quest for the MBA motivates many people to live their lives in a state of denial or hypocrisy over the prospects of an afterlife, for example see: http://hpanwo-tv.blogspot.co.uk/2013/09/andrew-copson-mba.html. Sometimes it is sheer dogmatic stubbornness and conformism in the face of a paradigm or an intellectual climate, the desire for peer-approval at any cost. This brings me onto another point. I'd like to salute Prof. Lanza for his courage. He is a mainstream academic and so he knows full well the possible consequences of the mess he's got himself into. I always follow the Skeptic media as well as the alternative one and have not heard his name mentioned yet; this is a fairly recent news story and Skeptics sometimes take a couple of months to catch up. However when they finally get their skates on they can be extremely brutal and merciless to those who oppose them, like Prof. Lanza has... and they'll be coming for him!
Posted by Ben Emlyn-Jones at 14:20

With particular reference to the double slit experiment I'm always left wondering how the conclusion is reached that the observer affects it. Why a human, why not the equipment?

Not sure, Trystan. Can equipment be intelligent? It's a serious question.

I've just watched this link that I went to from one of Ben's links https://www.youtube.com/watch?v=LW6Mq352f0E&wl_id=dEaecUuEqfc&wl_token=8Il3vC-LMca264CWzx1QXCMH9Hx8MTQwNDM5OTgxMEAxNDA0MzEzNDEw and it seems to indicate that in the original double slit experiments it wasn't an actual human that was affecting whether there was points or wave patterns but whether the data recording devices were recording and where abouts the recording devices were positioned (before the double split or at the screen).