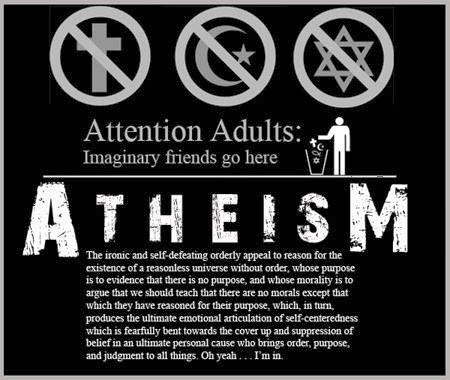 Unlike most others in the conspiratorial/paranormal/alternative community I take a keen interest in our antithetical numbers in the Skeptic media. I've covered this in great detail in the background links below. One of the most prevalent things I've noticed in my study of the Skeptic movement is an endemic lack of introspection on their part, a fundamental misunderstanding of themselves. Ask a Skeptic to define their own position and they'll say something like this: “A Skeptic is one who… rigorously and openly applies the methods of science and reason to all empirical claims… A Skeptic provisionally proportions acceptance of any claim to valid logic and a fair and thorough assessment of available evidence, and studies the pitfalls of human reason and the mechanisms of deception so as to avoid being deceived by others or themselves" (source: http://oxford.skepticsinthepub.org/Default.aspx/19/What-is-a-Skeptic). However this is not a description at all, it is a slogan. There are those who actually do emulate that passage with their action, but I call them sceptics, not Skeptics; note the different spelling. These two words are homophones so when speaking I just say "sceptic with a C" and "Skeptic with a K". I consider myself a sceptic, or at least I aspire to such. What is a Skeptic with a K? A far more accurate definition would be: "A Skeptic is one who is ideologically uncomfortable with the idea that the paranormal, conspiracy theories and associated subjects might be real and wishes for them not to be. A Skeptic tries to prove that such subjects do not exist in order to artificially prop up their worldview, sometimes using science and reason, but also rhetoric, denial, deception and subterfuge." A sub-category of the Skeptics is what I call atheo-Skeptics, Skeptics who combine general Skepticism with a positive and active disbelief in God and rejection of all religion; the best example being Richard Dawkins, see: http://hpanwo.blogspot.co.uk/2008/04/god-delusion-by-richard-dawkins.html. Along with being the world's most famous atheist, Dawkins is also an outspoken Skeptic, for example see: https://www.youtube.com/watch?v=0CyMglakWoo.

A few other commentators have pointed out the same criticism of atheo-Skepticism that I have, for example Rod Liddle in The Trouble with Atheism: https://www.youtube.com/watch?v=i20vLIgBt4M. However the atheo-Skeptics themselves seem to live in blissful ignorance of their worldview's structural flaws. I came across an interesting example the other day on the well-known Skeptic radio show The Skeptics Guide to the Universe. The subject under discussion is the upbringing of children in a Skeptic household. One of the presenters explains how a friend of his is a secular humanist and tried to bring up his daughter to be one too by teaching her to be a critical thinker. However when she grew up she became a Buddhist and her father wasn't happy about that. He considers his parental philosophy a mistake and says that if he could go back and start again he would "indoctrinate her into non-belief". See here from 47.20 (There's no time stamp on the online player so you may need to download the programme to skip to the right place): http://www.theskepticsguide.org/podcast/sgu/10. This explosive statement seems to flow straight past the SGU presenters without raising a ripple. For some reason they fail to grasp the enormous implications of what they've just been talking about. Indoctrination into non-belief? This is a vitally significant concession for an atheo-Skeptic to make. They're admitting that critical thinking is not enough, that atheo-Skepticism is indeed an ideology that can be rejected through critical thinking; that rational, logical and scientific thought sometimes needs to be suppressed in order to maintain the ideology of atheo-Skepticism, and that one is justified in doing so. Skeptics spend a lot of time studying and criticising us "buh-leevas" in conspiratorial, supernatural and spiritual ideas. Maybe they should turn around and take a good long look at themselves too.
See here for important background: http://hpanwo-radio.blogspot.co.uk/2012/07/programme-5-podcast-skeptics.html.
And: http://hpanwo-radio.blogspot.co.uk/2013/06/programme-48-podcast-steve-trueblue.html.
And: http://hpanwo.blogspot.co.uk/2010/10/tam-london-2010.html.
And: http://hpanwo-voice.blogspot.co.uk/2012/08/skeptics-evolution-and-revolution.html.
Posted by Ben Emlyn-Jones at 15:54