All People to be Microchipped within a Decade 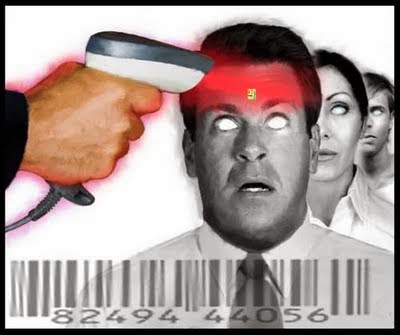 Here's an interesting article, but not a surprising one: http://www.dailymail.co.uk/news/article-413345/Britons-microchipped-like-dogs-decade.html. It warns that the call to implant RFID chips in all people is being "seriously debated". I've been warning about this too, for many years; ever since my daughter came home from school in 2006 and told me the teachers were planning to take her fingerprints without my permission, see: http://hpanwo.blogspot.co.uk/2007/11/this-is-drawing-done-by-my-12-year-old.html. The hazards associated with an electronic database of people including internal tags are enormous. David Icke describes it here: https://www.youtube.com/watch?v=mi6GP8w3KRs and here Aaron Russo does, before his sudden and unexplained death: https://www.youtube.com/watch?v=LGcatieMvfk. Over the years I've also been tracking the authorities' methods of persuasion, to make it appear worth our while to be implanted with electronic devices. The microchip has been suggested as a solution to illegal immigration, benefit fraud, banking fraud, Muslim extremism and health tourism, see for example: http://hpanwo-voice.blogspot.co.uk/2013/07/health-tourism-crackdown.html and: http://hpanwo-voice.blogspot.co.uk/2012/11/immigration-something-must-be-done.html and: http://hpanwo-voice.blogspot.co.uk/2013/08/engineered-islam.html. Many people want the Government to give them a quick and easy answer to these problems... or perceived problems, and a large proportion are willing to pay for that answer with their freedom and civil rights. As you can see in the above article, pilot schemes are well underway. There's not much more I can add on HPANWO to discussion of this subject. We're close to the point now when our rulers will be giving us a simple "yes" or "no" answer to whether this system is implemented or not, the system for which they've been preparing the ground for over a decade. Are there enough people aware enough to say "no" that the system will be unworkable? I hope so.
Posted by Ben Emlyn-Jones at 17:50