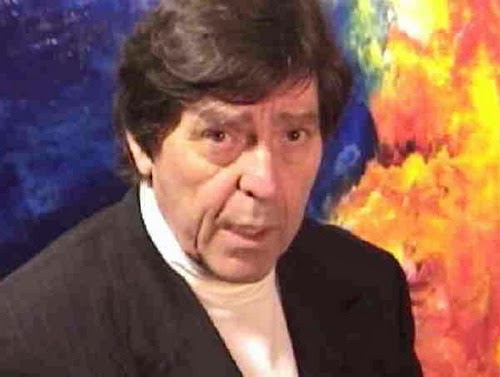 Anthony J Hilder has recently come under attack in the online social media over some statements he made about gay rights. This is a man who was fighting the New World Order long before Alex Jones was born, and David Icke was still keeping goal for his school football team in those days. See here for his YouTube channel: http://www.youtube.com/user/mranthonyjhilder, and his Facebook page: https://www.facebook.com/anthonyjhilder?fref=ts. I've met Mr Hilder once at AV3, see: http://hpanwo.blogspot.co.uk/2009/11/alternative-view-3-part-1.html. The allegation was that Mr Hilder had uttered hate speech about homosexuals that incited homophobia. What he actually said, if you read through his Facebook posts, is that the "gay rights agenda" is a part of the New World Order because it's encouraging people of the same gender to get married and therefore have fewer children; this is in line with the plan to depopulate the world (See here for background: http://hpanwo-voice.blogspot.co.uk/2013/07/earths-population-reaches-7-billion.html). I differ from him there. A minority of people are homosexual; they always have been and they always will be. I can't see how these people getting married to each other will impact birth rates. I have no interest at all in what consenting adults get up to in the privacy of their bedrooms and I don't understand why some people have. What is definitely impacting birth rates are things like vaccines, chemtrails, GMO food etc. That's where Mr Hilder's focus should be.

However, there's something distinctly Orwellian and culturally Marxist about how Mr Hilder's comments have been interpreted as "hate speech"; somebody is even reporting him to Facebook's authorities. I have never heard Mr Hilder ever utter a single word that could be construed as hate speech. He has never ever suggested that any individual, or group of people, are deserving of violence, hostility, oppression or prejudice simply because of who they are. There is such a thing as real hate speech of course; like here, Julius Malema, a disgusting South African politician, is calling for the murder of white people, see: https://www.youtube.com/watch?v=qm9nUhTFYfM. Mr Hilder's critics are using the very same language that aids and abets the Anti-Defamation League and people like Richard Warman to silence campaigners against the New World Order agenda. Here's a film about how Warman and his cohorts tried to gag David Icke, luckily they failed, see: https://www.youtube.com/watch?v=P2ypYcZ7qfw (It features a shot of Mr Hilder in the title scene). I'd like to be able to tell you there are no racists or anti-gay people in the Truth movement, but sadly there are. However there are far fewer than many would have you believe, and whenever I meet with them I debate with them. One thing I can assure you is that Anthony J Hilder is not one of them.
Posted by Ben Emlyn-Jones at 19:33