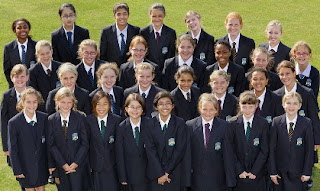 There has been another epidemic of a disorder that should not be infectious, therefore a mystery. I've covered similar events in the background links below. This time the condition concerned is what doctors call a "diaphragmatic tic", better known as hiccups. The outbreak of hiccups affected two dozen pupils at two schools in , . The victims were all female and aged in their teens. The and Essex Aggie both began echoing to the sound of hiccups in late 2012 and it went on until mid-2013. The girl's who experienced hiccups had attacks that were so severe that witnesses describe them as "high-pitched yelps". Health inspectors visited the school and tested the air, food and water. The results were negative. There's no explanation for why this condition has spread through the same location. The schools are coeducational so why does it only affect female students? Psychologists have put the issue down to mass hysteria, which is a rather vague affliction without any definitive cause or symptoms; and it has been used as a cop-out diagnosis before, see the background links below. They even suggested that social media played a role in transmitting the illness. How on earth is that possible? It's true that in a stressful environment people will develop psychological trauma, but this trauma doesn't spread like a contagious disease. It emerges in different ways in different people at different times. This mysterious hiccup plague is very similar to The Hollinwell Incident and the other events that resemble it.
See here for background: http://hpanwo-tv.blogspot.co.uk/2014/04/the-hollinwell-incident.html.
And: http://hpanwo-voice.blogspot.co.uk/2015/11/children-collapse-another-hollinwell.html.
And: http://hpanwo-voice.blogspot.co.uk/2014/11/the-japanese-hollinwell.html.
Posted by Ben Emlyn-Jones at 18:15