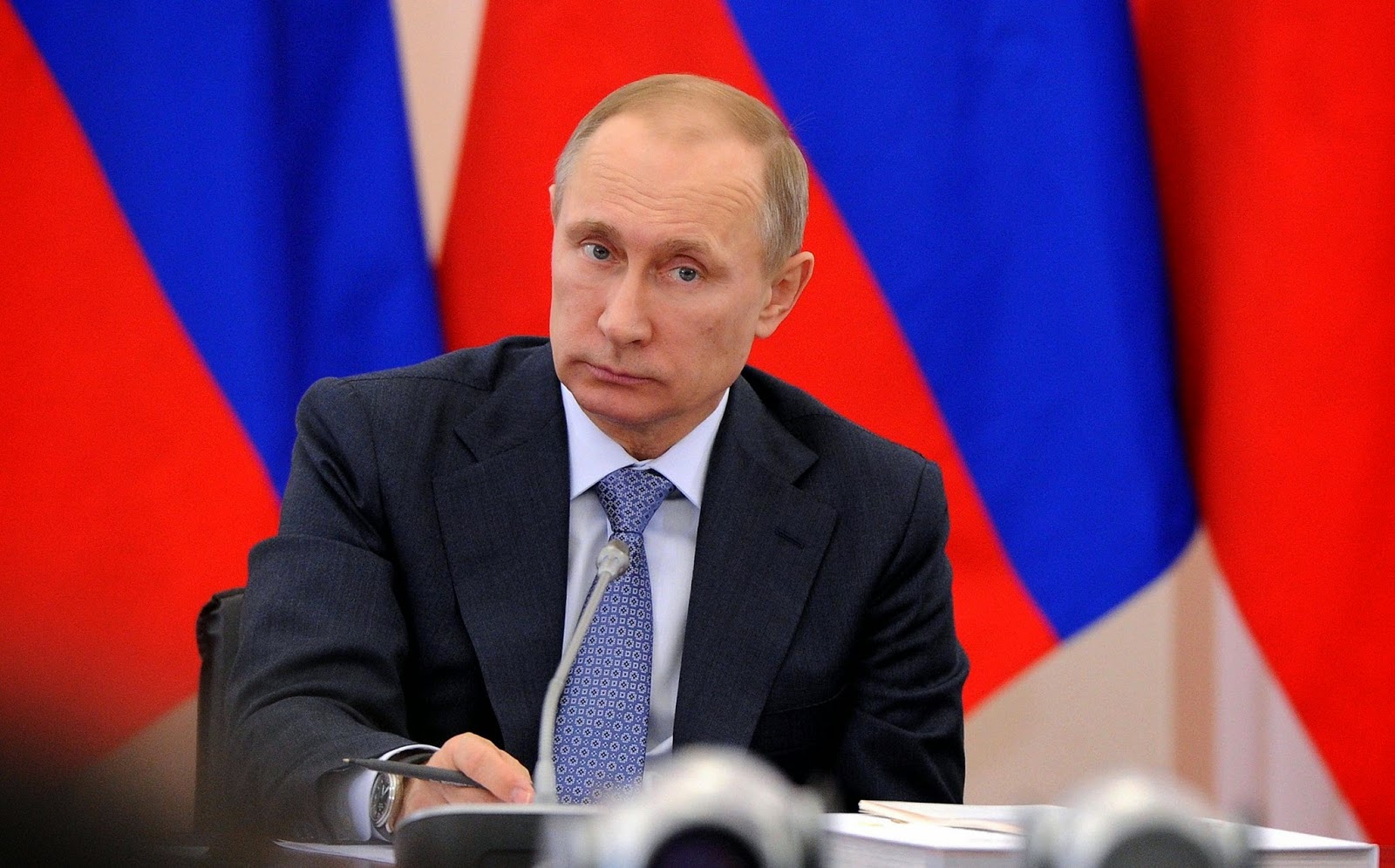 The defence secretary has just announced that is threatening to "destabilize" the , whatever that means: the three countries of the are , and . He said "I'm worried about Putin." He certainly is worried, but why? Since the crisis broke out in last year the Russian president Vladimir Putin has been constantly blamed for it and has equally constantly protested his innocence. The conflict is purely internal, he says, and itself has not been funding and arming the ethnic pro-Russian separatists in the region. The West has accused him of lying and has supposedly presented evidence that proves that Putin is behind a lot of the terrible bloodshed going on in right now. The cherry on the cake was the destruction of Malaysia Airlines flight 17. The weapon used was allegedly a Buk surface-to-air missile that is produced by the Russian military although the forensic investigation was such a shambles that I wonder how any narrative could be retrieved from it; but that hasn't stopped the media before so why should it now? Some researchers have also claimed that a Ukrainian fighter jet was near the airliner at the time. We've also been told that is "anti-gay". During the Sochi Winter Olympics there were huge organized protests involving celebrities like Elton John and Lady Gaga. To his discredit, the former contributor to The People's Voice Peter Tatchell has added his penny's worth, see: https://www.youtube.com/watch?v=YYcz1zuj7Qo. However homosexuality is not a crime in post-Soviet and no consenting adults have been persecuted by the state for it. Sometimes LGBT people are attacked violently on the street by thugs and that is a terrible crime, I agree, but this violence is not sanctioned by the state. Homosexuals can serve in the armed forces and gay couples can adopt children. The age of consent is the same for both gay and straight people. The laws which are said to be "homophobic" simply prevent distasteful activity during street events and protect small children from being exposed to the reality of sex at too young an age. This is a good move in my view; children are sexualized younger and younger these days, not just about gay people, but generally. This ties in with what Common Purpose are doing in the and it deeply concerns me. A former Canadian Winter Olympic skater, who lives in and is a homosexual himself, has gone public saying that is "a great place to be gay!" in the modern world is rather like an individual in a group who none of the other members like, but for a reason they don't want to declare openly. So they keep coming up with excuses and find fault with him in other extraneous ways. Why?

Hi Ben,
Great Insight.
Keep on the good work!
Putin is a Judo Black Belt.
This is a quote from 2008. USA today
"In a bout, compromises and concessions are permissible, but only in one case: if it is for victory," Putin says at one point in the video, as Asian-style music plays on the soundtrack.--"
http://usatoday30.usatoday.com/news/world/2008-10-07-1275521263_x.htm
from darkness to LIGHT
j

Thanks, Anon. There's no doubt the world is very worried about Putin right now. Good, let them shake in their shoes!