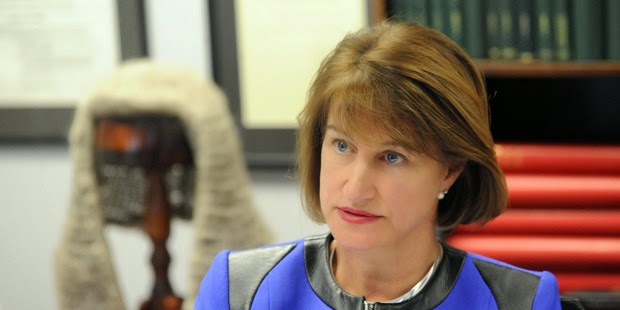 Teresa May has finally found a new judge for the government's "independent" child abuse inquiry; however she had to import one from the other side of the world. Justice Lowell Goddard, a High Court Judge in , will be the new chairwoman, the third. There's no doubt that UK Government plc are dragging their heels and kicking the can down the road as much as they can. Ms Goddard considers herself at an advantage because she's not British. She says: "I come with no context in terms of the inquiry itself; certainly no agendas other than to work hard and get to the bottom of the allegations, and to find answers for the survivors and government." This has impressed some pressure groups. Peter Saunders of the National Association for People Abused in Childhood said that Justice Goddard would enhance the credibility of the affair. See: http://www.bbc.co.uk/news/uk-politics-31134096. I'm curious to know what my friend Brian Clare thinks of her, see background links below. Ms Goddard may not be British, but she is still on the Queen's Council, as all barristers have to be. is a nation with the same Crown state as the . This means she has sworn an oath to serve that state and this is still essentially the state which is investigating itself. I wonder how long it will be before this one resigns.
See here for essential background: http://hpanwo-voice.blogspot.co.uk/2014/11/still-no-mr-fixit-for-child-abuse.html.
And: http://hpanwo-radio.blogspot.co.uk/2014/11/programme-112-podcast-brian-clare.html.
And: http://hpanwo-voice.blogspot.co.uk/2014/07/did-thatcher-cover-it-up.html.
Posted by Ben Emlyn-Jones at 15:05

This is one to watch carefully Ben. Thanks for the update.....

You're welcome, X. If the govt continue to dither and obstruct I'll be sure to point it out!